The Mbed Online Compiler is now deprecated and we encourage you to switch over to our latest online IDE: Keil Studio Cloud.

The Mbed Compiler provides a lightweight online C/C++ IDE that is pre-configured to let you quickly write programs, compile and download them to run on your Arm-based microcontroller. In fact, you don't have to install or set up anything to get running with Mbed. Because it is a web app, you can log in from anywhere and carry on where you left off, and you are free to work on Windows, Mac, iOS, Android, Linux, or all of them.

The compiler uses the professional Arm Compiler engine, so it produces efficient code that can be used free-of-charge, even in commercial applications. The IDE includes workspace version control, code formatting and auto-generation of documentation for published libraries. The Mbed tools are focused on prototyping and are designed for fast experimentation, and complement other professional production-level tools; you can even export directly to other toolchains if you choose, as you progress to productise your design.

You can publish projects directly from your Compiler workspace to the mbed.com website to share code with others, and pull existing libraries in to your workspace to get a head start.

Every Mbed user account gets their own private Compiler workspace which contains their programs. This is private to you, and available wherever you login to Mbed.

The IDE includes a full code editor including syntax highlighting, standard editor keyboard shortcuts, undo/redo, cut/copy/paste, tabs, block/line comment, and even a code auto-formatter. This is where you work on your personal workspace, with multiple files, folders, programs, including a drag and drop folder interface: 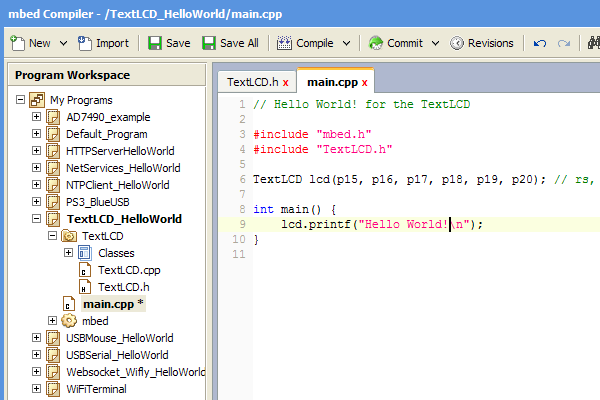 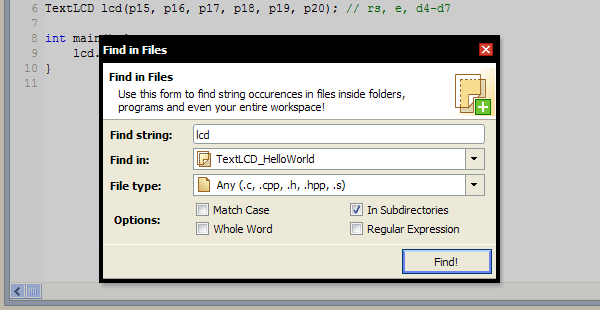 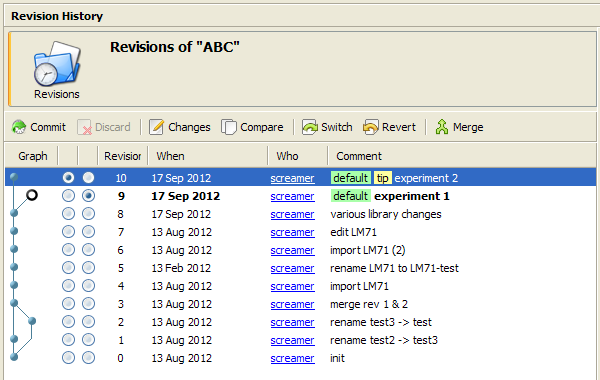 The Import Wizard allows you to import programs and libraries published by Mbed users. This is useful for importing code that has been packaged as a reusable library component (e.g. a class for a peripheral), so you can quickly pull in the building blocks for your project. 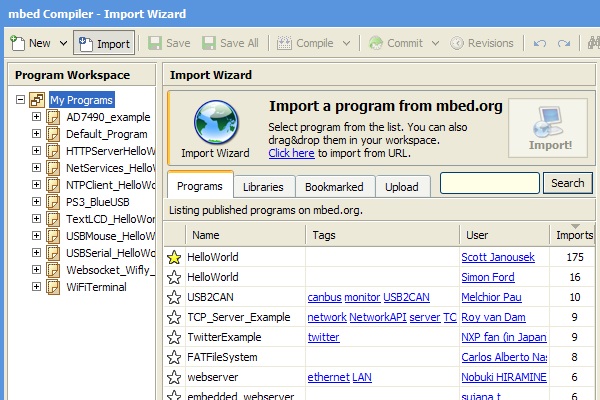 To perform the actual compilation the Mbed Compiler uses the industry standard Arm Compiler (versions 4, 5 and 6 depending on the version of Mbed), in the default configuration, to give excellent code size and performance. There are no limitations on code size (apart from the limits of the device itself), and the generated code can be used freely for commercial and non-commercial use. 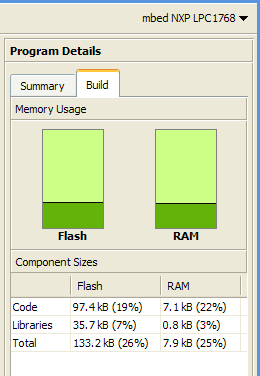 The Mbed C/C++ SDK used with the Mbed Online Compiler is also compatible with a number of other popular ARM microcontroller toolchains, so we've also built in the ability to export directly to these toolchains! For example, if you'd like to migrate to a different toolchain as your project develops past prototype, you can choose to export an Mbed project by right-clicking on it: 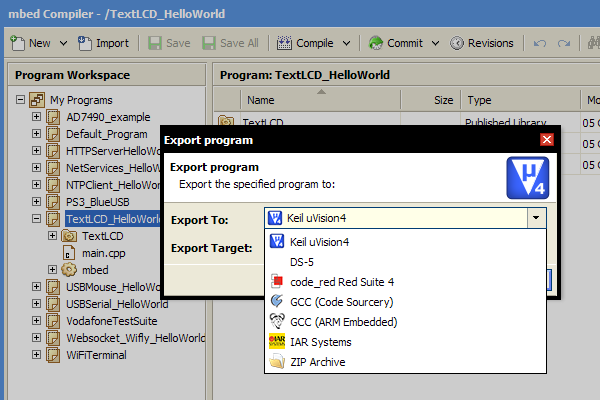