A watchdog timer (WDT) is a hardware timer that automatically generates a system reset if the main program neglects to periodically service it. It is often used to automatically reset an embedded device that hangs because of a software or hardware fault. Some systems may also refer to it as a computer operating properly (COP) timer. Many microcontrollers including the mbed processor have watchdog timer hardware.

The main program typically has a loop that it constantly goes through performing various functions. The watchdog timer is loaded with an initial value greater than the worst case time delay through the main program loop. Each time it goes through the main loop the code resets the watchdog timer (sometimes called “kicking” or “feeding” the dog). If a fault occurs and the main program does not get back to reset the timer before it counts down, an interrupt is generated to reset the processor. Used in this way, the watchdog timer can detect a fault on an unattended embedded device and attempt corrective action with a reset. Typically after reset, a register can also be read to determine if the watchdog timer generated the reset or if it was a normal reset. On the mbed this register is called the Reset Source Identification Register (RSID). 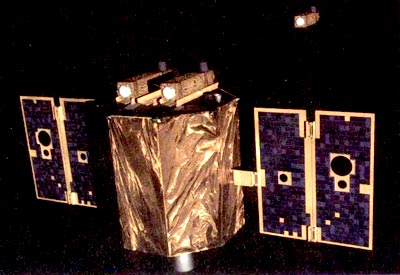 In one famous case, a NASA deep space probe’s computer locked up with the thruster rockets firing. By the time the ground controllers realized the problem and sent a radio signal back to force a hardware reset, the probe had used all of the fuel. The processor had a watchdog timer but it was not used. A watchdog timer would have likely detected the fault and shut down the rocket motors in time to save the mission. In another space mission that was successful, several watchdog resets occurred during the NASA Pathfinder mission to Mars before the code problem was discovered and fixed with new software that was downloaded in deep space via a radio link. In deep space, there is no one around to push a reset button or take out the batteries.

Despite extensive software and hardware testing, faults will still occur in real devices. Even momentary noise spikes on a power supply can lock up a processor occasionally. Such events will occur on the power grid several times a year. Watchdog timers provide a last line of defense to prevent system failure with minimal hardware cost.

In the video below running the demo code, the program starts normally with a power on or the pushbutton, and LED3 is turned on. Then as it loops, LED1 and LED2 will flash. Each time at the end of the loop the watchdog timer is "kicked" or reset. After 25 loop iterations, a fault is simulated with an infinite while(1){} loop. LED2 will stay on for several seconds until the watchdog timer runs down from 10 seconds and it automatically generates a reset. When this reset is generated by the watchdog timer, the startup code turns on LED4. The code reads an WDT register to determine the reset source. If it is left running, the code runs a few seconds (LEDs 1&2 flash), locks up (LED2 on), and is then reset after a few seconds by the watchdog timer (LED 4 on). If you hit the pushbutton or cycle power, LED 3 will come back on until a watchdog timer reset occurs again.

If the program code contains other loops that wait on external I/O events for long periods of time, a timeout can also be added to those loops to periodically kick the watchdog timer.

In addition to the watchdog timer, also consider using the processor's brown-out detection circuit in a final product. A low power supply voltage can be detected and force an automatic interrupt and finally a reset if it still drops further. So if the AC power goes out or a battery runs down, corrective action can be taken automatically. Additional information on the Brown-Out Detector (BOD) can be found in Chapter 3 Section 5 of the LPC1768 User Manual.

Exactly what action to take when a brown-out occurs will vary depending on the application. The capacitors in the power supply will typically run the processor for a few milliseconds before a total power loss. So it might be possible to quickly put critical I/O devices in a failsafe mode and save a small amount of critical data. For example, a robot might turn off the drive motors or a UAV might throttle back and set the controls for level flight. In some cases, it might make sense to try to reduce power using power management features. Software can also monitor the BOD signal by reading the NVIC Status Registers, and determine if a Brown out caused a reset by reading the RSID register. The BOD circuit triggers an interrupt at around 2.2V. Write operations to Flash will become unreliable at low voltage levels and the processor shuts down at 1.85V.

Here is a short demo showing how to setup a brown out detection interrupt service routine (ISR). For the brown-out demo to work, it was necessary to power down the magic PC USB host interface chip. This requires new experimental firmware to be installed from http://mbed.org/users/simon/notebook/interface-powerdown/ .

The code example is seen running in the video above. An external DC power supply was connected to Vin to supply power (No USB cable). The main program flashes the four mbed LEDs. The supply voltage on Vin starts at 5V and drops to around 3.4V before the glow of the LEDs fades out. At 3.3V, a brown-out detect interrupt occurs (2.2V on processor chip) and the Brown-Out Interrupt routine runs. The voltage is then increased so that the LED setting from the brown out ISR can be seen (i.e., a 1,0,1,0 pattern). Next, the voltage is dropped again to below 2.1V (1V on processor chip). As the voltage level goes below 1.85V on the processor chip, the BOD circuit asserts reset to halt the processor . As the voltage level is increased again, a power on reset triggers at around 3.6V and restarts the processor by releasing reset. The main loop then starts the LEDs flashing again.