If your mbed application needs to perform some local computations such as solving control system equations, DSP filtering, FFTs, linear programming, matrix operations, or need a faster algorithm, here are some reference books with code examples that can be useful, in case you are not already aware of them. In several of them, the book is free online along with C/C++ code snippets that could be used in mbed projects.

Digital Signal Processing: A Practical Guide for Engineers and Scientists¶ 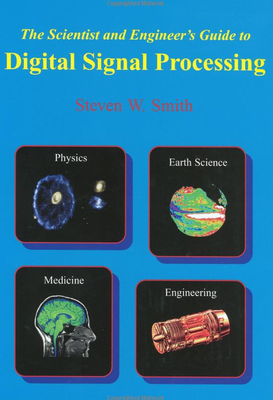 Will help design engineers on the job master the tough but essential subject of digital signal processing. 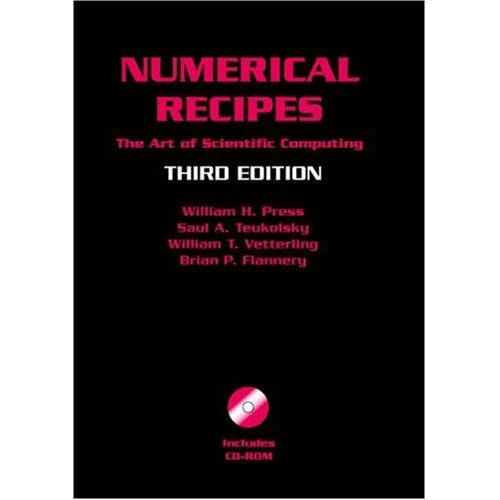 This greatly expanded third edition of Numerical Recipes has it, with wider coverage than ever before, many new, expanded and updated sections, and two completely new chapters. The executable C++ code, now printed in color for easy reading, adopts an object-oriented style particularly suited to scientific applications. Co-authored by four leading scientists from academia and industry, Numerical Recipes starts with basic mathematics and computer science and proceeds to complete, working routines. The whole book is presented in the informal, easy-to-read style that made earlier editions so popular. Highlights of the new material include: a new chapter on classification and inference, Gaussian mixture models, HMMs, hierarchical clustering, and SVMs; a new chapter on computational geometry, covering KD trees, quad- and octrees, Delaunay triangulation, and algorithms for lines, polygons, triangles, and spheres; interior point methods for linear programming; MCMC; an expanded treatment of ODEs with completely new routines; and many new statistical distributions. 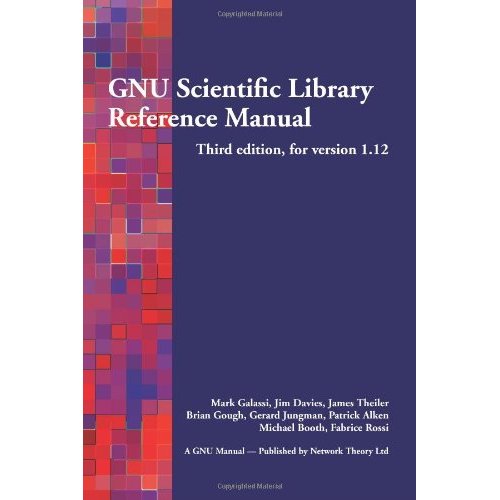 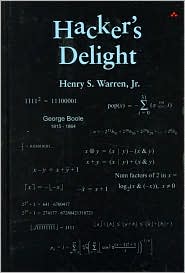 This is the first book that promises to tell the deep, dark secrets of computer arithmetic, and it delivers in spades. It contains every trick I knew plus many, many more. A godsend for library developers, compiler writers, and lovers of elegant hacks, it deserves a spot on your shelf right next to Knuth. 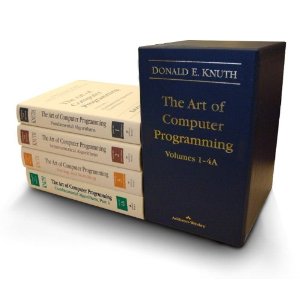 The bible of all fundamental algorithms and the work that taught many of today’s software developers most of what they know about computer programming.—Byte, September 1995

Countless readers have spoken about the profound personal influence of Knuth’s work. Scientists have marveled at the beauty and elegance of his analysis, while ordinary programmers have successfully applied his “cookbook” solutions to their day-to-day problems. All have admired Knuth for the breadth, clarity, accuracy, and good humor found in his books.

I can’t begin to tell you how many pleasurable hours of study and recreation they have afforded me! I have pored over them in cars, restaurants, at work, at home… and even at a Little League game when my son wasn’t in the line-up.—Charles Long

Primarily written as a reference, some people have nevertheless found it possible and interesting to read each volume from beginning to end. A programmer in China even compared the experience to reading a poem.

If you think you’re a really good programmer… read [Knuth’s] Art of Computer Programming… You should definitely send me a résumé if you can read the whole thing.—Bill Gates

Mathematical Handbook for Scientists and Engineers: Definitions, Theorems, and Formulas for Reference and Review¶ 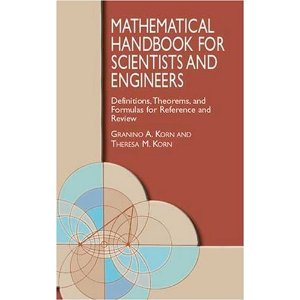