This is the sort of blog that I feel very lucky to be able to write...

That's right! Over 100,000 developers have signed up to mbed, which is a pretty insane number for embedded development! 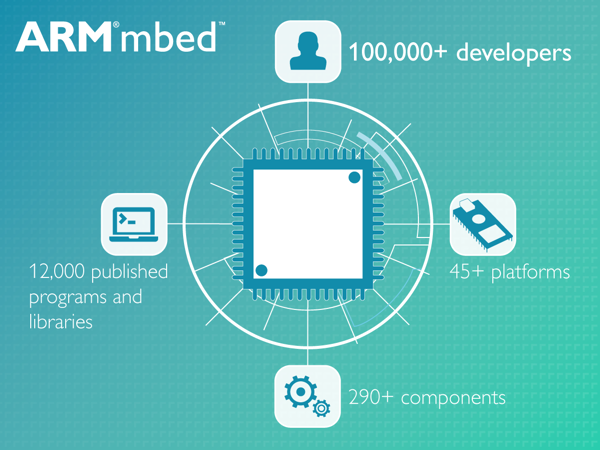 We've also achieved supporting loads of platforms from different vendors, and lots of shared code and component libraries - thanks for everyone's efforts in all these contributions that make things so productive.

I remember when starting out, I had an estimate in my head there were about 200-300k embedded developers in the world based on various stats the industry uses. The same stats now say 800-900k, but I'm pretty convinced that they is wrong or perhaps more correctly, aren't relevant; IoT is going to make sure of it!

It is clear to me now that IoT will be a new industry unto itself, where the rules of how to get things done change, and the diversity of people working with "embedded" technology explodes. Bring it on!

A TLD to match!

Some of you remember when mbed first went live in private beta, we were @ mbed.co.uk

By the time we actually went live properly, I'd managed to get hold of mbed.org, and that is where we've been running ever since. But now I'm very pleased to say we've finally acquired the big one we've always been aiming for:

We're currently setting up some certificates and doing a bit of work on the developer site, so when the time is right, we'll be turning that on. All existing links will continue to work so there will be no disruption, but we will have finally made our ascent to the top of the internet TLDs!

Yet it feels like we may just be at the start of our journey...

The next big OS to rock the world will be little - and we're building it!

IoT is a disruptive opportunity in technology of a scale that doesn't come around that often, and being in a position to work with a team of amazingly talented and passionate people at the centre of that disruption is pretty unique. 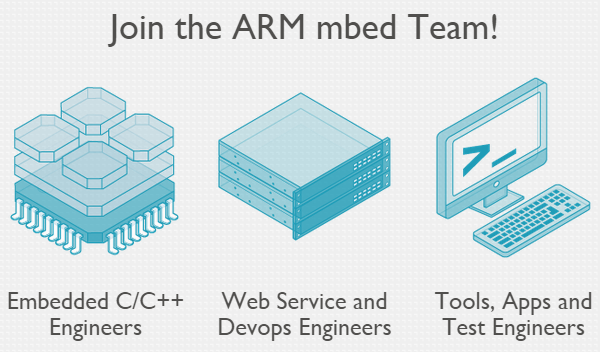 I've just had the pleasure of putting up over 15 new open positions in our team, and more will be coming in the next few weeks. We're looking to recruit from Low-level Embedded all the way up to Cloud-scale Devops, in Cambridge/UK and Oulu/Finland, but also in Austin/Texas, San Jose/California and Shanghai/China - so take a look! Maybe you know someone who should be part of our team?

For those interested and in Cambridge, we're also running an evening of Tech Talks to go in to more details:

Please do pass it on!