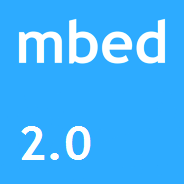 The mbed project has reached the 2.0 milestone!

The key components are a new version of the SDK, released under a permissive open source license, and a new HDK for creating mbed-enabled low-cost development boards. But this really marks the culmination of a great year and lot of effort bringing new technology to the mbed platform, like the fully integrated online collaboration, question and answers area, full rtos and networking stacks, 3G connectivity, CMSIS-DAP and even tablet support within the online compiler!

And the community has been hard at work too; the project now has hundreds of cookbook entries for module and component drivers and thousands of shared open source repositories. Great work everyone!

Here is a little summary video that highlights what basing your projects on the mbed platform now gives you:

Plus, look out for another important announcement tomorrow :)

The mbed platform is being developed by ARM, its Partners and a the global mbed developer community to deliver free tools and software for rapid prototyping with ARM microcontrollers. 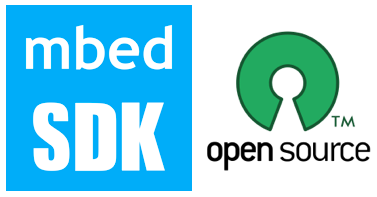 The mbed Software Development Kit (SDK), already relied upon by tens of thousands of developers, has been extended and released free under a permissive open source license. It has been carefully designed to provide a C/C++ platform with enough hardware abstraction to be intuitive and concise yet powerful enough to build complex projects fast, and is built on the ARM CMSIS low-level APIs to allow developers to go right down to the hardware when needed. It is portable across multiple popular toolchains and in addition to free open source middleware such as RTOS, USB and Networking libraries, the SDK has been built upon by the mbed developer community to create a cookbook of hundreds of reusable driver libraries for connecting to peripherals and modules. (read more)

The new mbed Hardware Development Kit (HDK) delivers microcontroller sub-system reference designs that can be used as the basis for new hardware boards and products, providing a simple and consistent building block that benefits from the support of the mbed SDK and free online tools. The HDK designs specify all major support components including an on-board USB interface that enables simple drag-n-drop programming and connection to the microcontroller via the USB CMSIS-DAP debug interface standard. The design is already used in the official mbed Microcontroller prototyping modules, is being adopted by mbed partners for low-cost evaluation boards, and is now available for download for use in custom designs.

The mbed Compiler provides a free, powerful, online IDE that is powered by the industry standard ARM professional C/C++ compiler, pre-configured and tested to generate fast, efficient code without fuss. It is fully integrated with the mbed.org developer site to enable one-click library imports, and with distributed version control for contribution and collaboration for those wanting to work together. The mbed Compiler also supports export of projects to the major offline toolchains. Combined with the portability of the mbed SDK and USB CMSIS-DAP debug interface, this allows an easy next step towards product development using whichever tool is most appropriate.

By basing designs on the mbed Platform, developers adopt a huge shared context; that makes it much easier to share questions, code, answers and expertise. This has helped mbed grow an active and friendly community of skilled developers that are collectively helping get products made even faster. Developers are sharing thousands of open source repositories and building an extensive cookbook of recipes that can be reused to build products. The tight integration of distributed version control with the online compiler and developer website makes publishing and accepting code simple, allowing developers to easily collaborate on hard problems, and provides opportunities to request or accept contract work to help get things built.

The easiest way to get started with the mbed Platform is to order an official mbed Microcontroller prototyping board, or look our for the imminent arrival of the first mbed-enabled partner development boards.

To find out more and get involved you can:

And look out for more announcements tomorrow :)

Thank you Simon and crew, and well done.

Thank you Simon and crew, and well done.

Wow, you guys aren't messing around. Open source SDK, HDK. This pretty much seals the fate of mbed as a long-term, long-running project. Three Cheers for mbed!

Wow, you guys aren't messing around. Open source SDK, HDK. This pretty much seals the fate of mbed as a long-term, long-running project. Three Cheers for mbed!

This is awesome you guys are great, I cut back wank. Mbed rules!!

This is awesome you guys are great, I cut back wank. Mbed rules!!

It is a great news great work congrats to the whole team.

It is a great news great work congrats to the whole team. http://www.weddingfavorsmarket.com

Hey,Great work by you all ,As this project is providing so many features I think it will be a big success and will become popular.

Hey,Great work by you all ,As this project is providing so many features I think it will be a big success and will become popular.