Winners of the Seoul IoT Hackathon 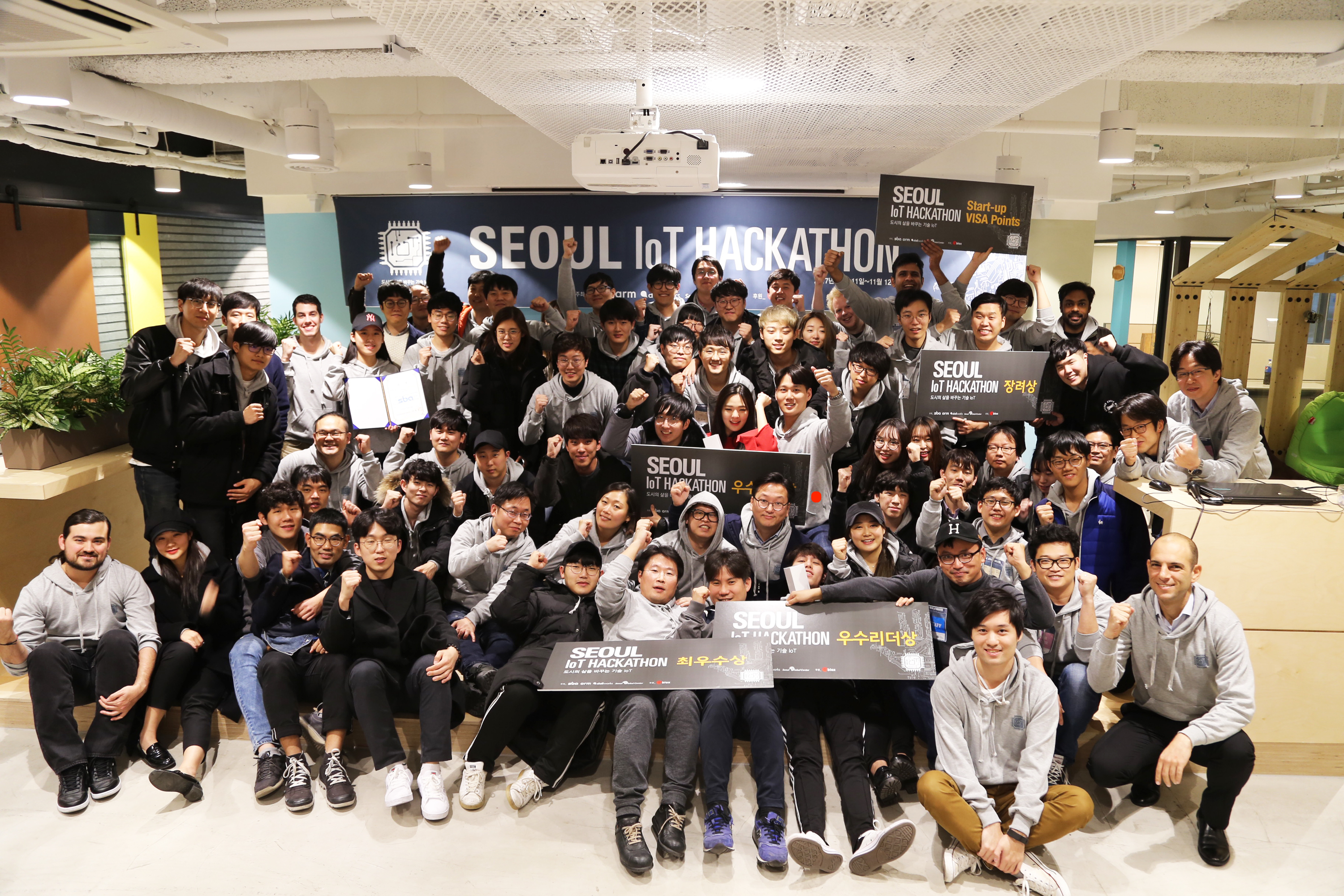 Seventy people, fifteen teams, and thirty-six hours of little to no sleep — those were the main ingredients to the final weekend of the Seoul IoT Hackathon. This year’s theme was "Better City Life," so we had the teams throw themselves at projects to make Seoul a better city, such as, reducing the time getting in and out of metro stations, detecting impacts on workers’ helmets, and building smarter electric car chargers — all using Mbed!

The hackathon was a month-long event, which kicked off in early October with the selection of the teams (57 teams signed up!), distribution of u-Blox EVK-ODIN-W2 development boards, and preparation of workshops and videos, that were translated by the Arm Korea office. This event was groundbreaking for the Mbed team, as it was the first time the general public used Mbed Cloud for a coding competition. Participants also had access to Daliworks Things+, which provided the teams with live dashboards and a rules engine.

During October, Andrew Chong, an applications engineer with Arm in Korea, supported the teams, but for the final weekend we flew in extra support. Jan Jongboom (Developer Evangelist), Toyo Watarai (Applications Engineer) and Neil Tan (Applications Engineer) headed to the Seoul IoT center as tech mentors. Most teams were self-sufficient, with little time spent on small issues — always a good thing at an event like this. Instead, most time was spent on reading datasheets, debugging faulty sensors (hello CharM team!), porting a library here and there, and distributing Taiwanese candy.

Eyes on the prize

Of course, a hackathon is nothing without prizes. After thirty-six hours, forty pizzas, and one hundred and fifty lunch boxes, it was time for the jury to come in and look at the projects. 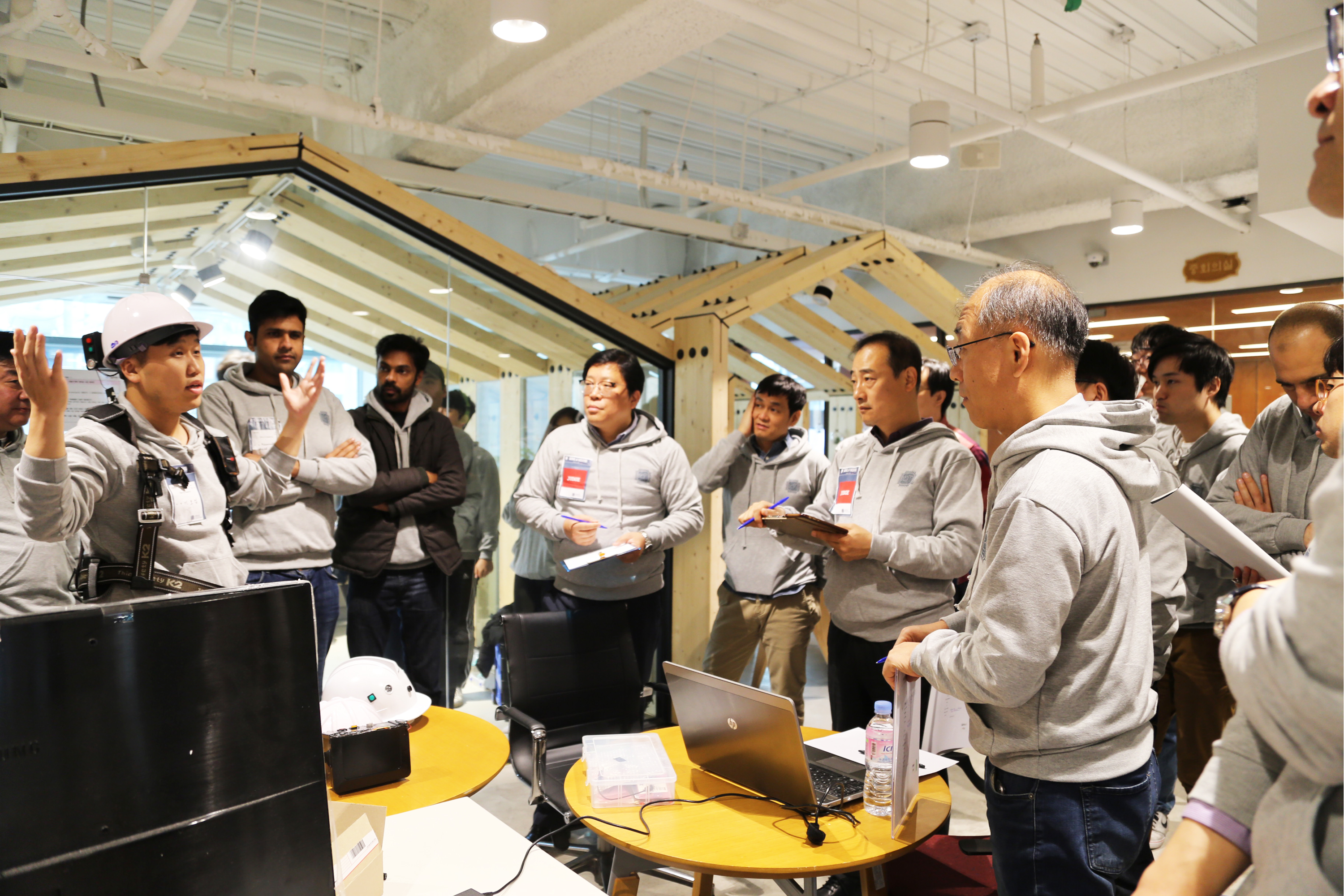 Once the judges had seen every project, each team made a presentation — most including a video — showing off their finished project to the other participants. After careful consideration, three winners were selected.

The Grand Prize went to the iMaru team who built "Dr. Water", a system that accurately measures how much water flows through a shower head, making the user more aware of how much water they're using. In addition, it can be used to track water usage in shared housing units where there is a central water meter. Because the device is powered by hydropower, it does not require any additional power and is easily retro-fitted in existing systems. Data is sent to the cloud and can be viewed through an app. 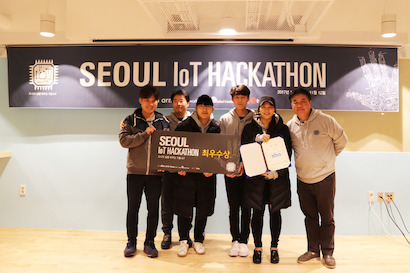 The Excellence Prize was awarded to the CharM team, who made a smart electric car charger. The advent of electrical cars is likely to have a large impact on the electrical grid. CharM’s charger optimizes charging cycles depending on electrical grid load and the current price of electricity. Also, building an electrical charger during a hackathon is just plain cool! 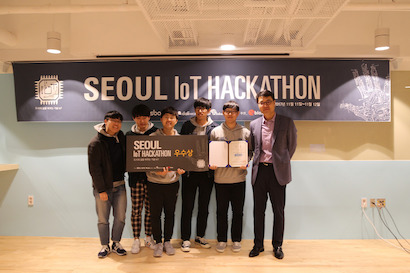 The Encouragement Prize went to the Miero Faiba team, who made a smart safety helmet, that improves worker safety byn detecting impacts. Accidents can be tracked, and help can be dispatched, even when no one else is present. To maintain the structural integrity of a safety helmet,it's important to replace a helmet after a collision, so tracking impacts ensures the helmet is still safe to wear. 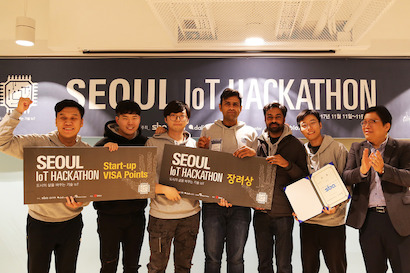 In addition to a cash prize, the three winning teams also received a grant to start up their business in the Seoul Business Hub, and the winners from outside South Korea (there were two!) received extra visa points, which will allow them to start their own business.

Besides being a really fun weekend, it was also great to see the problems that people were tackling. Every community has its own issues where IoT can help, and as a Western European engineer, it's great to see local solutions for local problems emerge. We hope to see everyone again next year!

More photos of the event are here.

Jan Jongboom is Developer Evangelist IoT at Arm, and was at the hackathon as a mentor. He is also very good at Korean karaoke.