It has been a while since the last activity roundup and the mbed team has been pretty busy! So we thought we would share some highlights from the last few months.

First off, if you haven’t already heard, we made a major announcement at ARM TechCon in October about the new ARM® mbed™ IoT Device Platform. This platform sets out to provide a new software platform and free operating system to simplify and speed up the creation and deployment of the Internet of Things (IoT) products. What that really means is we are making it easier for developers to get access to the tools they need to build internet connected devices and to focus on their value-add features and differentiation.

Find out more about this announcement and take a deeper dive with our overview deck and whitepaper. Also check out:

Using the RETRO game console that Outrageous Circuits designed around the mBuino platform on mbed, they are calling on all gaming enthusiast to create games for this console. The top 3 games will be selected to win: 1st Place - $1000 USD, 2nd Place - $500 USD, 3rd Place - $250 USD. To find out more about how to get started check out their page, here.

Sparkfun just released a new mbed Starter Kit and a set of tutorials that you can find here.

Hackster.io is a pretty cool new(ish) platform that lets you easily display projects and include all the source links you would want. We have started collecting some mbed projects, here. We would love to see more of what the mbed community is working on, so add your projects here!

Michael Shimniok made his Jeep into an autonomous vehicle with an mbed in control and it won first place at the 2014 Sparkfun Autonomous Vehicle Competition (AVC).

Is a "SAD" lamp hacked to become a color changing lamp that can be controlled by placing an NFC-enabled smartphone near it. In this case they used an Android Samsung Galaxy Nexus.

The interns at Nordic have created an internet of things platform for mbed. They are making it easy to rapidly prototype and develop Bluetooth LE enabled devices - get up and running in under 10 lines of code.

20 shields are now fully supported and tested across 10 ST Nucleo platforms on mbed. If you would like to help expand this list of shields and add support for more components on mbed then join the teams: components and shields! 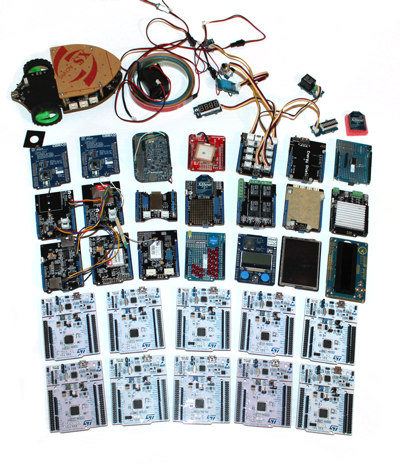 Also the team has been working on creating an easier way for the mbed community to use the pyOCD library for programming and debugging the ARM Cortex®-M microcontrollers using CMSIS-DAP. Check out the update on the work, here.

This last August in Tokyo we had the 10th annual mbed Fest! With about 100 attendees and over 470 unique users viewing the live stream, the group showed off some great demos and presentations. 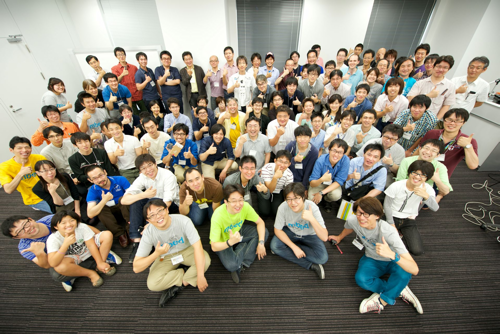 At the AT&T Hackathon @ Super Mobility Week – Code for Car & Home in Las Vegas in September, after a very sleepless night of coding teams Car Bon, Avben Jr, and RideSafe took home the top prizes with their mbed solutions.

Not to mention we have had a multitude of new components added from sensors, internet connectivity to Grove shields.