A year ago we launched experimental JavaScript support for mbed OS 5, which allows developers to write their IoT applications in a high level scripting language. This is possible through JerryScript, a lightweight JavaScript engine that has full EcmaScript 5.1 support, but fits in only 64K of RAM.

With twenty-four participants from Arm, Intel, Texas Instruments, Samsung, Fitbit, Hop.js, and the University of Szeged, we had a wide range of JerryScript users and contributors in the same place.

The workshop was kicked off by Ákos Kiss - who leads the JerryScript team at the University of Szeged - and László Langó, giving an overview of the changes in JerryScript since the last workshop in April 2016. Some highlights:

This was all an amazing community effort, with 44 contributors landing 676 pull requests. The full slide deck is available here.

The teams demonstrated a number of JerryScript projects:

In addition, there were various discussions on the W3C Sensor API, calling conventions of C++ functions from JavaScript, debugging, and how to simulate JerryScript applications in the browser.

Of course a workshop is not all business; there was time for some fun as well. For many of us it was the first time that we met face to face, normally only talking on GitHub, IRC or during the bi-weekly community calls (join us! The calls are announced on the mailing list), so dinner conversations are a great casual opportunity to get to know your fellow core contributors. Many thanks to everyone at the University of Szeged who took us out every night, who brought us palinka, and who dragged us to the wine festival (Hungary is great wine country). 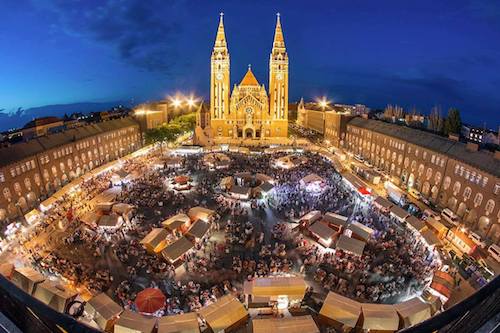 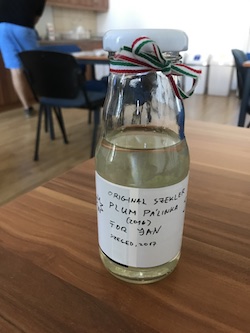 View from the wine festival, and a bottle of homemade palinka.

Jan Jongboom is a contributor to JerryScript. He spoke about JerryScript on mbed OS 5 during JSConf.asia 2016.