Over the last couple of months we have been considering changing our Mbed OS release process. There are a number of reasons for this:

Currently we make an Mbed OS patch release every 2 weeks and a feature release quarterly. Our releases come from dedicated release branches (e.g. mbed-os-5.14). We then add a tag to the current release branch whenever we release from it. The releases are very regular and predictable and fixes to critical issues are available in regular patch releases  with only a 2 week response time.

However, we don’t accept new functionality in patch releases or breaking changes in patch/feature releases. This feature cadence thus:

From Mbed OS 5.14 onwards we are adopting a new release process.

From this point until Jan 2020 we will make a patch release once a month (on the 3rd Wednesday).

Then from Jan 2020 onwards we will continue to make a release once a month, on the 3rd Wednesday, however the type of release will depend upon the content of contributions to Mbed OS since the previous release:

It will be clear in our release documentation what type of release we are making and any specific impact this may have.

Changes to our branching strategy

As part of this process our branching strategy is also changing. From now on we are advising that all feature development should be done on stand alone feature branches. New features will only be accepted back to Master once they:

Releases will then be made from Master when the next release is due. 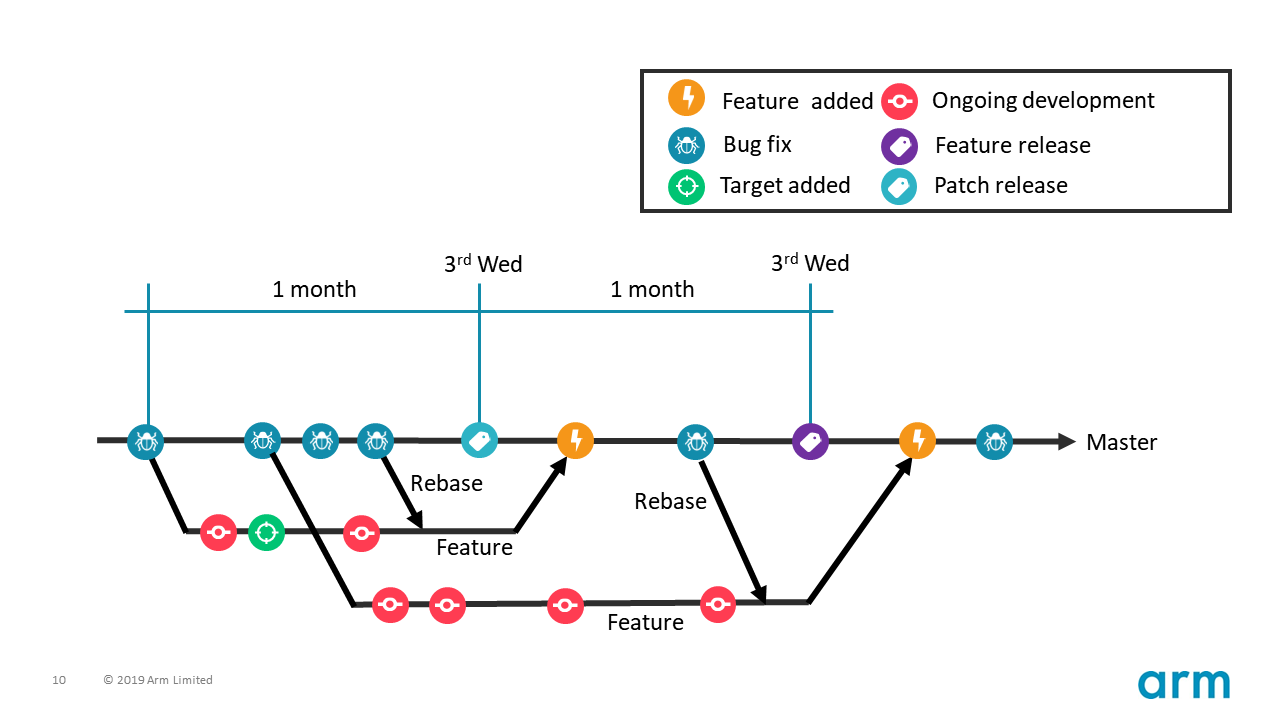 Please feel free to raise a comment on our forums if you would like any further information.