Visual Studio Code, Microsoft's new cross-platform IDE, is gaining a lot of momentum. In the 2017 Stack Overflow Developer Survey it ranked in the top five for most popular developer environment for both web and desktop developers. Unfortunately, the survey did not have numbers on embedded developers - but its popularity is definitely on the rise in the Mbed offices, thanks to the excellent C/C++ support and the built-in support for visual debugging through GDB.

It's now easier to develop Mbed OS applications in Visual Studio Code: Mbed OS 5.6 includes an exporter for both our online compiler and Mbed CLI. The exporter is available for every target that supports building through a Makefile, and can build using GCC ARM, ARMCC and IAR. Not only does the exporter set the IDE up so you have context-aware language analysis, it also configures the debugger, so you can debug most targets by simply pressing F5. 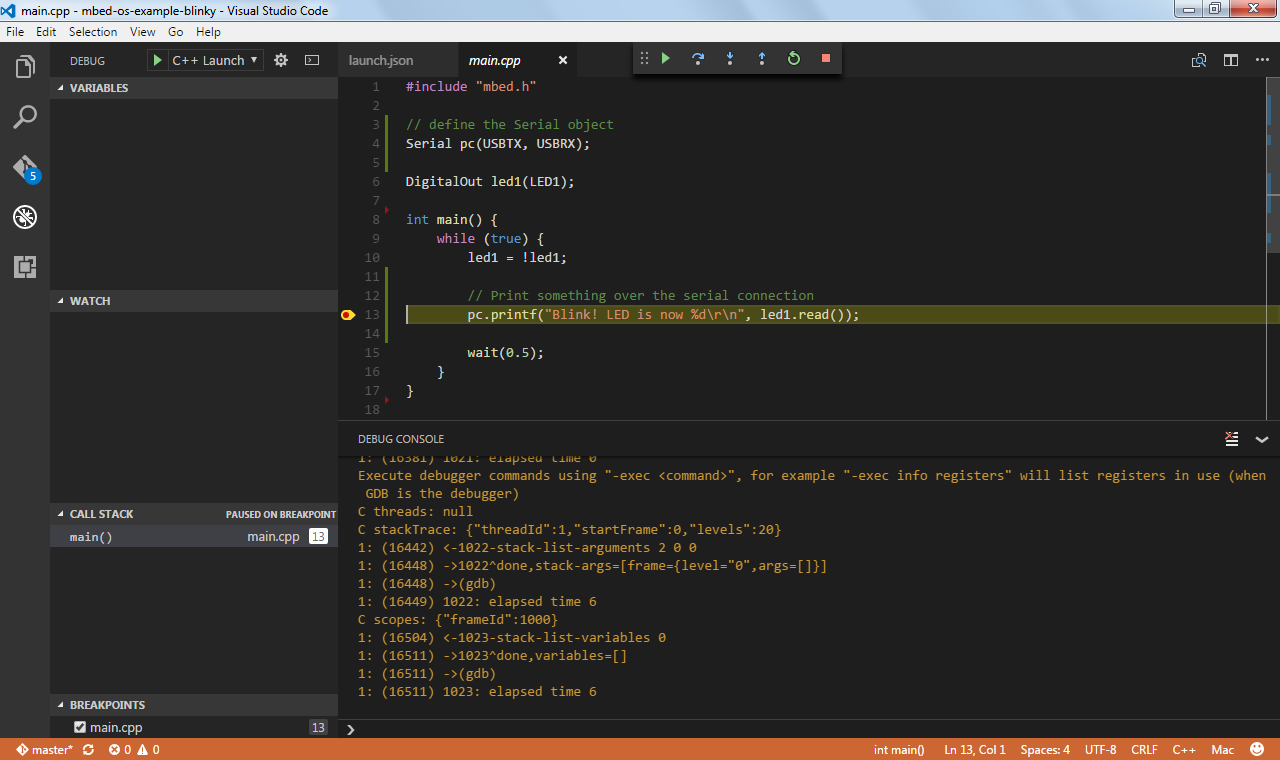 For information on how to export your applications, and the prerequisites for debugging, see the docs: Debugging Mbed OS applications with Visual Studio Code.