A first code example to get you started with the QW (GPS) Shield for SIGFOX development. It provides a serial connection to the modem over usb and transmits a SIGFOX message upon a button press.

Importing an mbed project under System Workbench for STM32¶

To import an mbed project into System Workbench for STM32 is possible but a bit complex; We will try to explain how to do it below. As an example we will use the Nucleo_blink_led program, on a NUCLEO-L152RE board.

On the mbed web site¶

The first part of the procedure must be done on the mbed website.

Because we only wish to demonstrate how to debug locally on the Nucleo-L152RE board, we'll use the following code example:

Import the mbed-src library into the code example¶

You need to import the mbed-src library, as otherwise you will get a precompiled library during the export phase. However this precompiled library may be compiled using options conflicting with the ones used by System Workbench for STM32. This is especially true for floating point, as there is three ways to generate floating point operations, and two incompatible ABIs on ARM:

The soft and softfp ABIs are compatible and can interoperate on the same MCU (provided it has an FPU or they are emulated by the illegal instruction exception handler); however the hardfp ABI is incompatible with the other two ABI. By default System Workbench for STM32 will use the hardfb ABI as it is a lot more efficient than the softfp (the overhead of moving parameters from FPU registers to GP registers or memory is often several times higher than the time needed for the computation itself...).

You may also export your program as a ZIP, but in this case you will get support for all mbed-supported processors and boards, which will have two inconvenients:

The rest of the procedure will run on your PC, under System Workbench for STM32

You must first create a standard C++ project (Do not create a C project, as the mbed library is written in C++):

Then you must clean the created project; the reason is that we will not use some of the files prepared by System Workbench for SMT32 as the MBED library provides its own.

Now you will import the program exported from mbed in the src directory of your project and configure it for proper compilation:

1. Right click on the src directory of your project 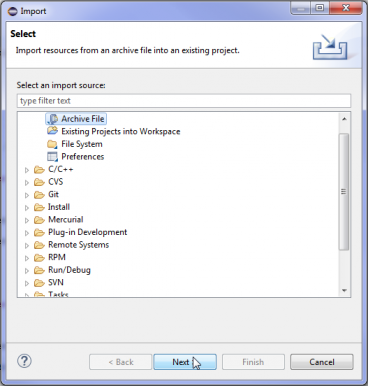 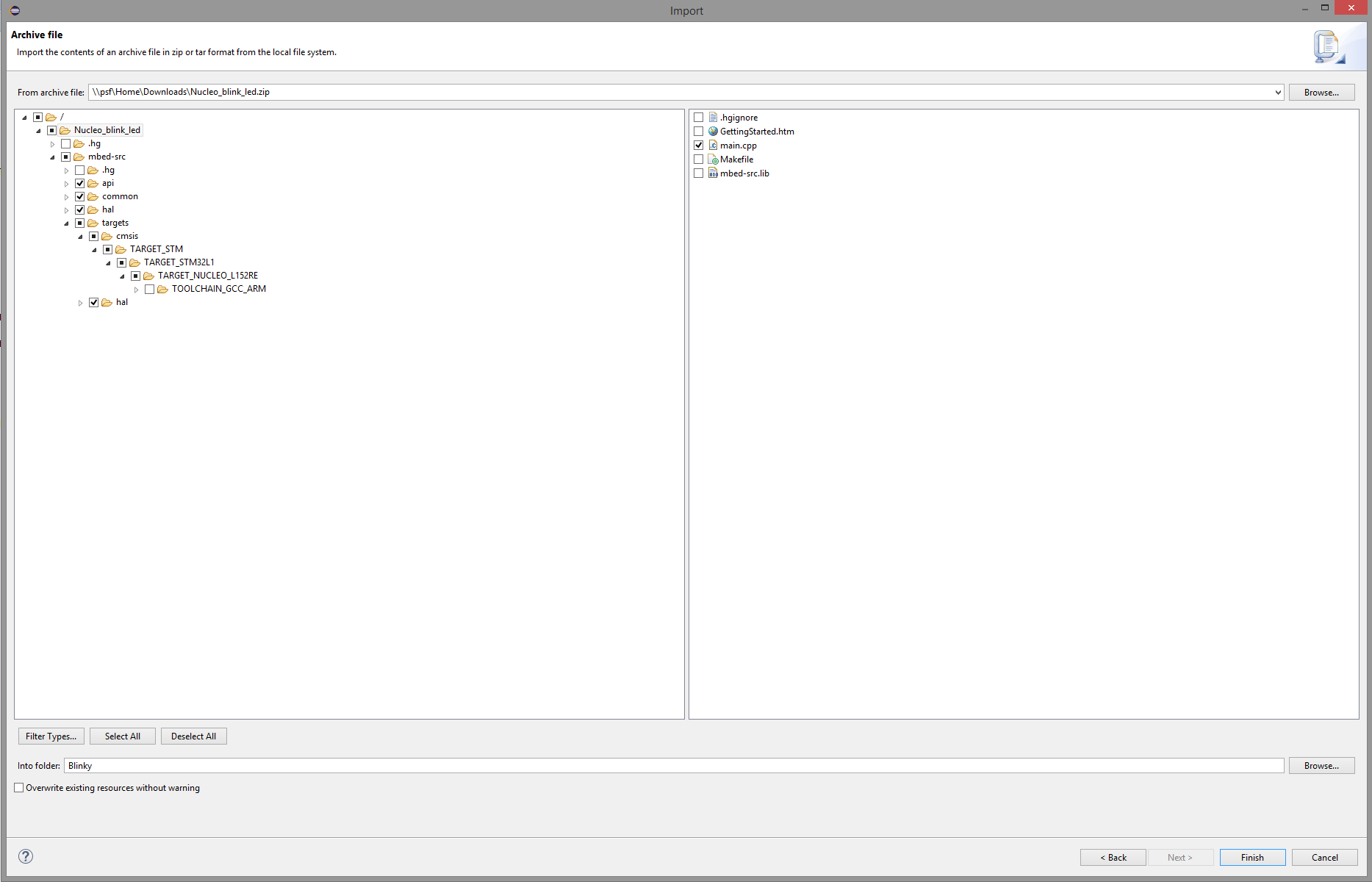 2. Direct the compiler to the proper header files

Build and debug your program

Your System Workbench for STM32 project is now properly configured. You can then build it and debug it as usual.¶