Aiming at solving the everyday problem of getting up, Smart Alarm is a waking-up system that can monitor the sleeping activities of the user and perform different functionalities to help the user getting out of bed.

Please refer to below for more detailed information regarding the Smart Alarm project.

The Smart Alarm system is composed of both hardware and software components: mbed is wired with relay, load sensor, and accelerometer sensor, speaker; the Android application which runs on the user's Android phone

Basically, Smart Alarm operates according to the following: Firstly, the user has to set up an alarm on his/her Android phone, and click the START button on the menu option to start establishing connection with the mbed. After the connection establishment, the Android application will automatically receiving accelerometer readings from mbed through bluetooth connection and plot a dynamic sleep graph on the user interface of the Android application. With well-designed algorithm, mbed is able to detect the most approprite wake up time 15 minutes before the preset alarm time. If the user movement has been active, the system will perform an early wake up by start playing soft music and gradually turning up the light. When it reaches the pre-set alarm time, the system will wake up the user in a more forceful manner: the light will be gradually turning up through relays and alarm on mbed will be ringing through speaker. If the user attempts to turn off the alarm on phone and get back to bed, the pressure/load sensors set under bed will sense the change in pressure and act accordingly. The alarm will keep ringing until the user physically gets off bed for a while.

Below is a picture taken of the schematic.

The entire system prototype is shown below. 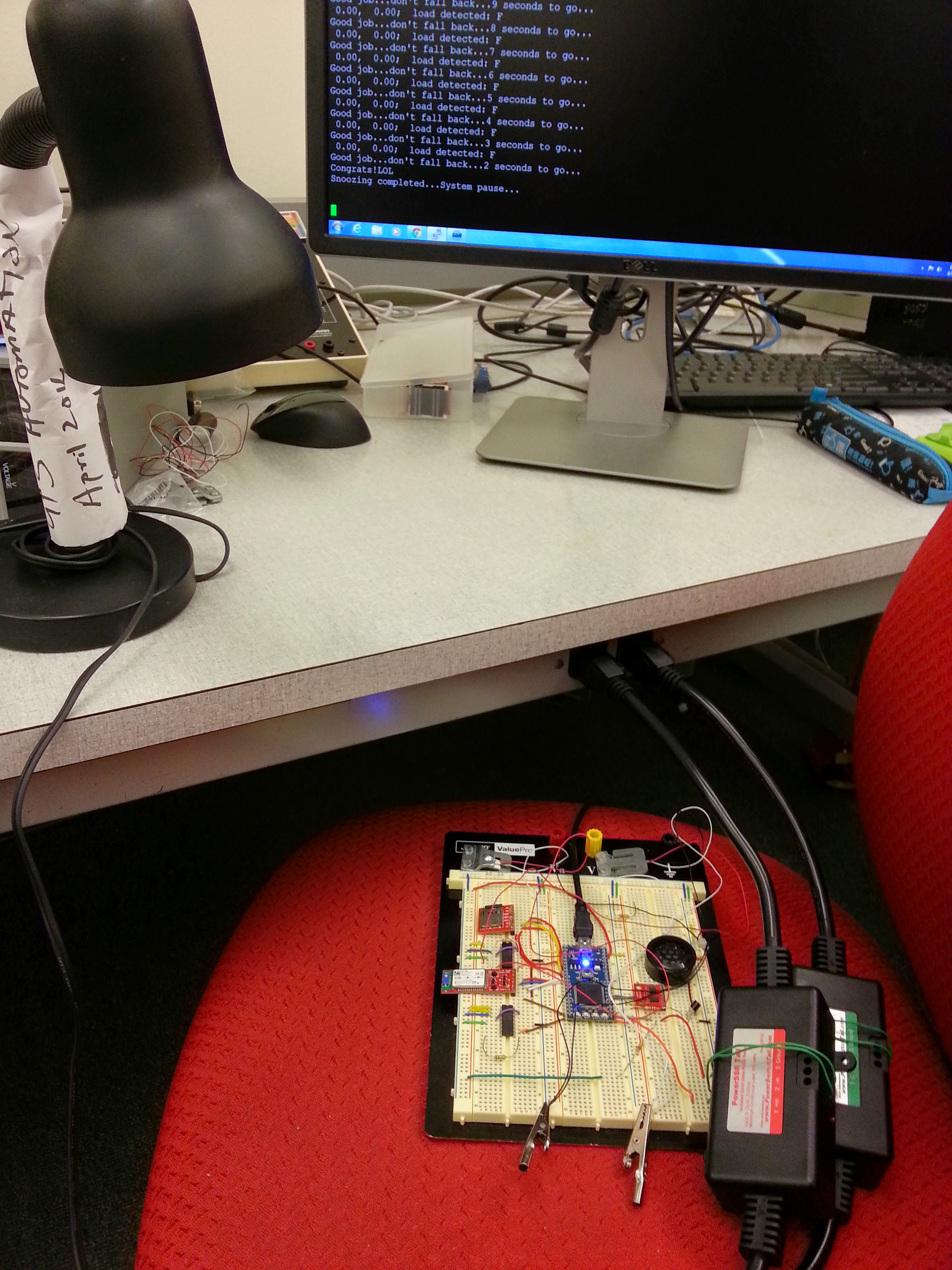 Detailed information about the Bluetooth Modem - BlueSMiRF Gold as shown below.

Detailed information about the Load Sensor - 50kg as shown below.

It's a bit tricky to hook things up, and here are some instructions.

Since the range of output from the load sensor is only several mV, we use a INA125P to get a usable value. Datasheet can be found (here).

It provides complete bridge excitation and precision differential-input amplification on a single integrated circuit. A single external resistor connecting pins 8 and 9 sets any gain from 4 to 10,000 with the relationship G = 4 + 60kOhm/R. Using a 10Ohm resistor will give you 0V-5V (or 5V to 0V if you wire it backwards), and in our project we use a 15Ohm resistor to get approximately 0V-3.3V for mbed's analog input pin.

Below shows a useful schematic.

It uses a 4-wire load sensor and is designed for the Arduino processor. However what we got here is a 3-wire load sensor, so we need two load sensors to build a wheatstone bridge. White wires go to V+, black wires to V-, and red wires go to pin 6 and 7 of the INA125P. Also we need to use a 15Ohm resistor instead of the 10Ohm one indicated in the above figure.

Tutorial of the Breakout Board for microSD Transflash can be found here.

The one we got is pretty much like this except some slight differences in the pin layout.

Here is how to use the speaker as an alarm. Here is the wiring for the demo program.

As an essential part of the Smart Alarm system, the Smart Alarm Android application is responsible for getting the correct user input when setting up the alarm time, performing early wake up by playing soft music, displaying sleeping activity plot, and etc. 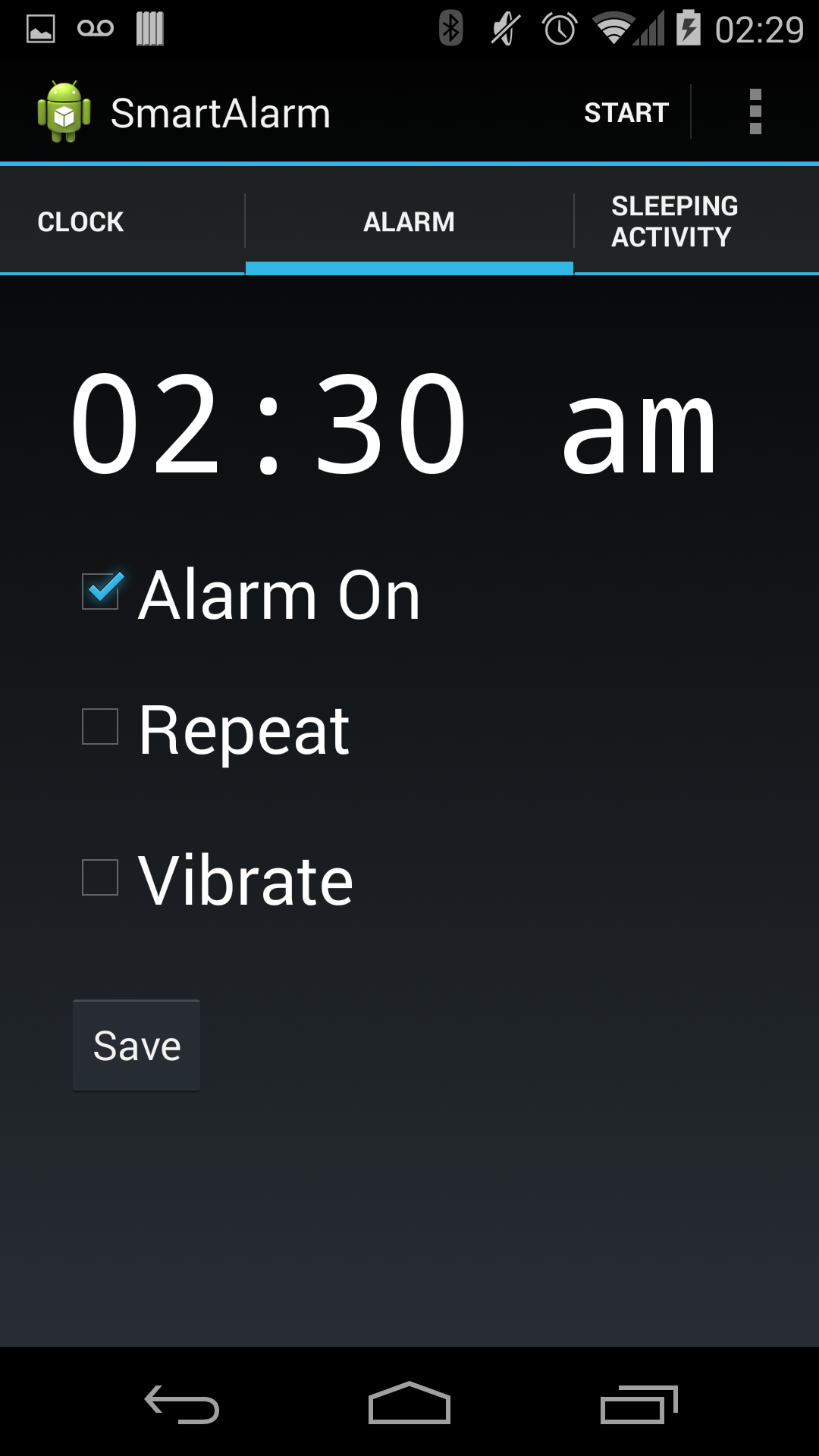 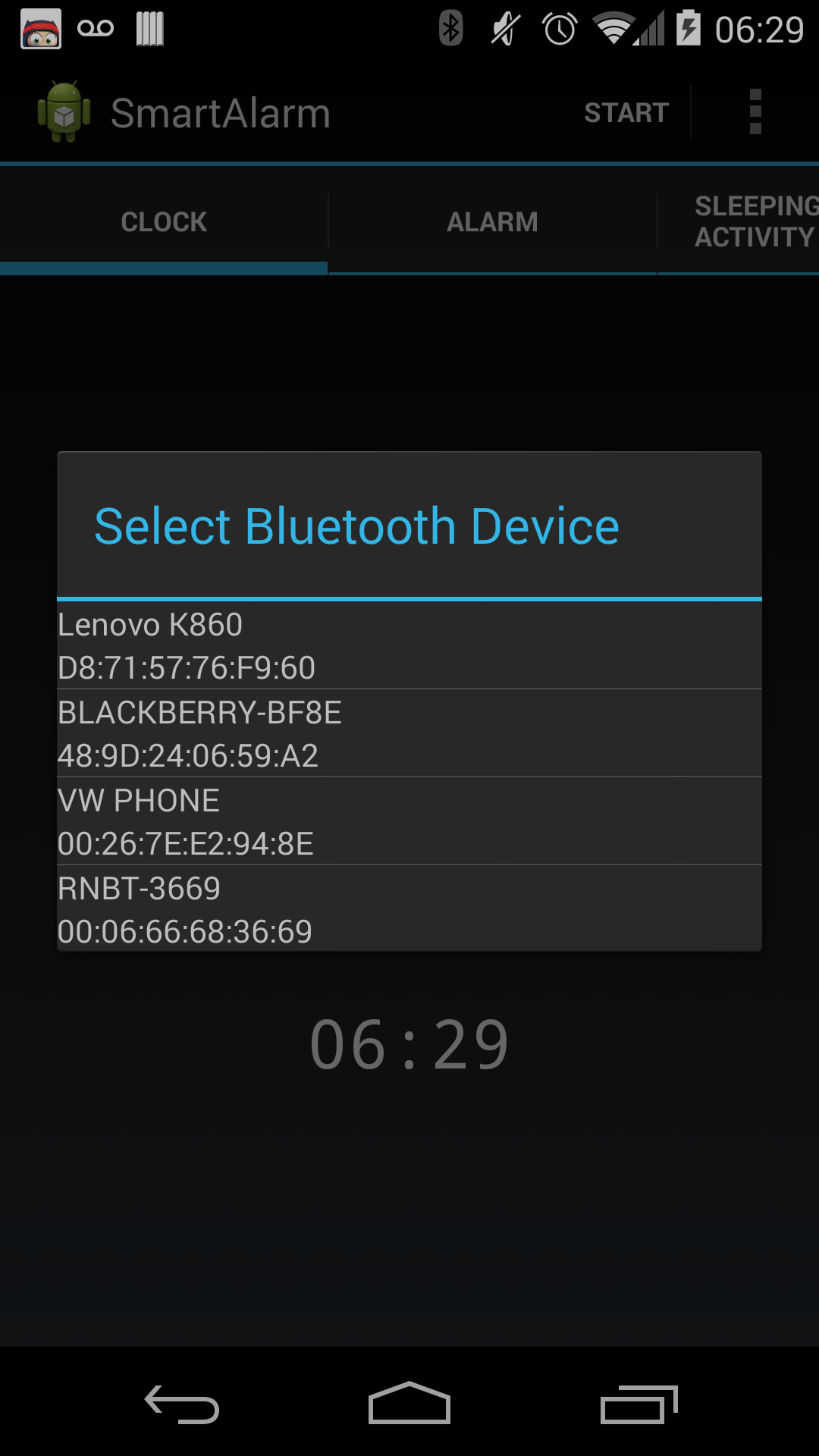 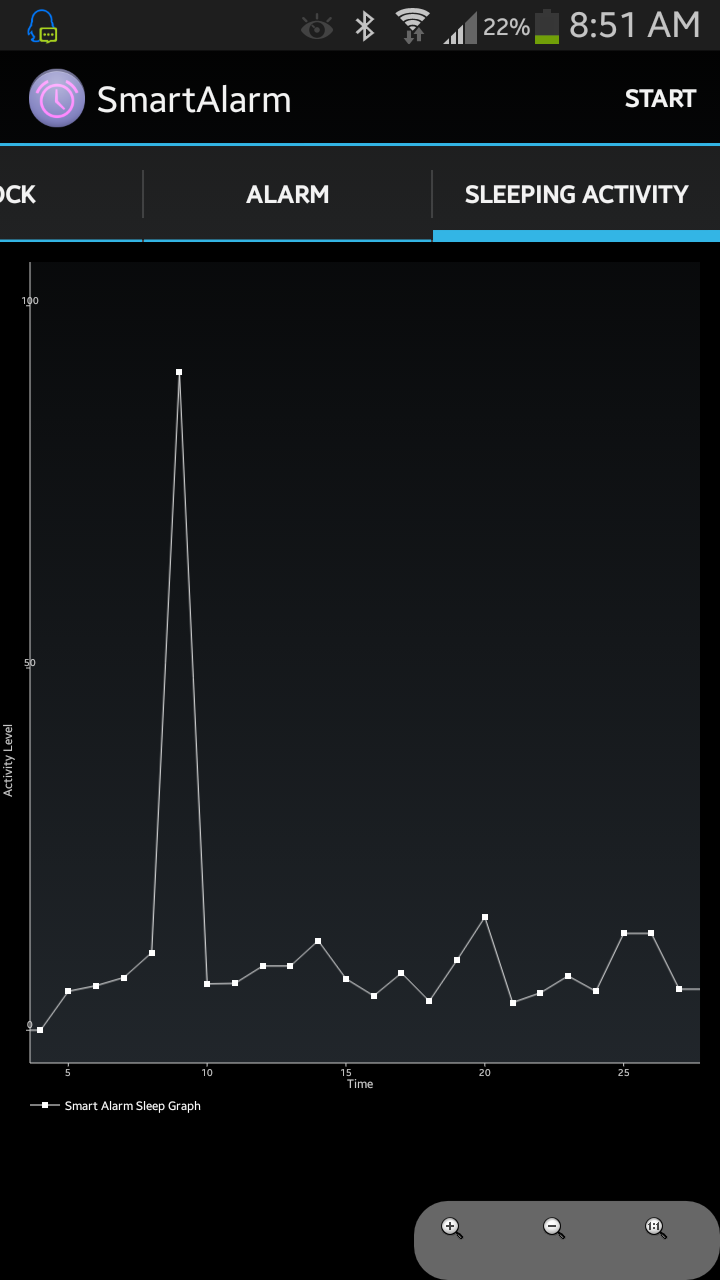 This is a sleeping activity graph is generated by sampling the peak value in every minute. Below is a real sleeping activity graph with data collected while one of our team member was sleeping. From the graph, it is easy to see the sleep cycles during a person's sleep. For our project, the team is also drawing a similar graph on the Android user interface for user's information. 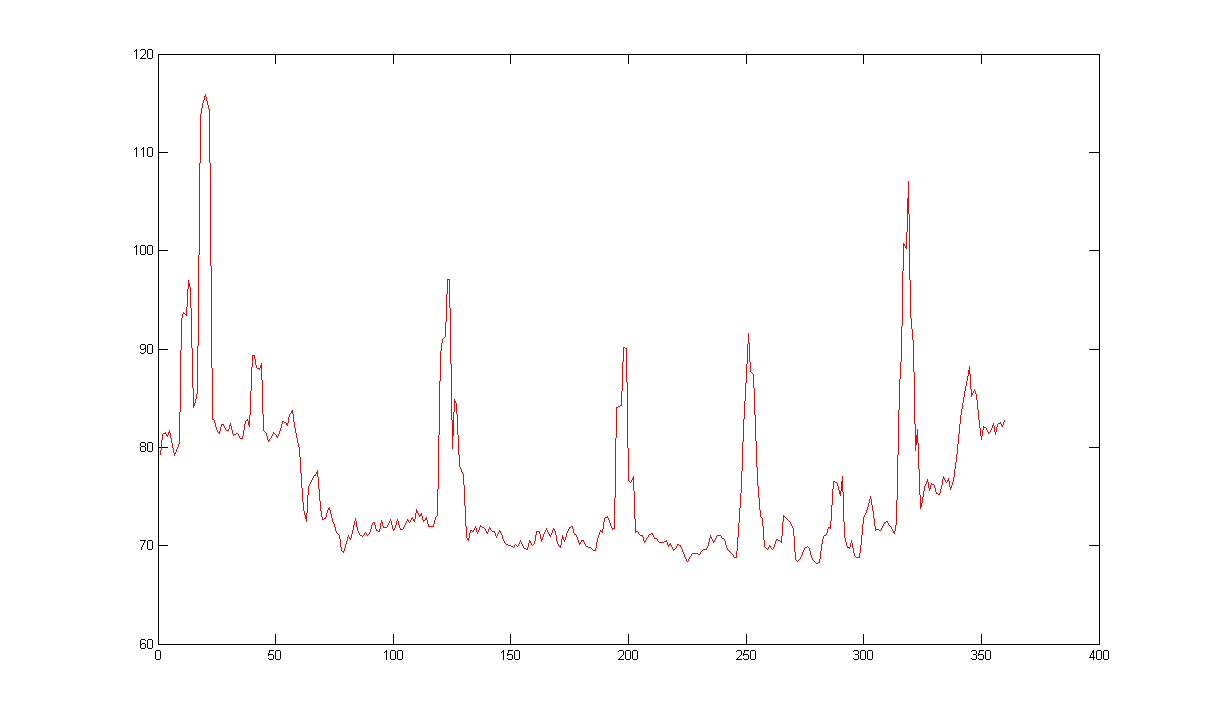 The APK of the Android application we developed for this project can be downloaded here. /media/uploads/ivygatech/smartalarm.apk

Watch the video to see how it works.

The project can be found below.

Below are all the libraries used in this project.

This library enables users to communicate with the ADXL345 accelerometer through the I2C bus on the mbed. The API names are similar and work nearly the same way as those made in the SPI libraries for the ADXL345.

Make noise with a piezo buzzer. Use a pwm pin.