The mbed Compiler gives you instant access to lightweight C/C++ microcontroller development. It is an online web application IDE (Integrated Development Environment) that you can log in from anywhere and work on Windows, Mac, iOS, Android or Linux. For a quick guide how to write code, compile and download to the LPC4088 QuickStart Board, see here: Getting Started Tour

The mbed Compiler has some limitations, mainly when it comes to debugging. There are alternatives to the online compiler when more professional program development and debugging is needed. The mbed framework and the application code can be exported from the online compiler and imported into an offline toolchain. For more details, see here: Exporting to Offline Toolchains

Currently there are guides for exporting to:

Under these toolchains it is possible to perform advanced debugging with breakpoints, inspecting variable values, dumping memory regions and even trace the program execution flow (provided the debug probe supports the feature).

The mbed Hardware Development Kit (HDK) is included (which is part of what makes the module an mbed module). The HDK offers the following features over a common USB connection (the HDK USB port):

The virtual serial port channel (pins P0.2/P0.3 on the LPC4088) is also available on pin P41/P42. If, for some reason, the HDK interface cannot be used in your debugging it is possible to connect an FTDI-cable to this UART interface, see picture below. It is recommended to disable the HDK functionality by removing the jumper in JP3 before connecting anything to P41 (else there will be multiple drivers on the signal). 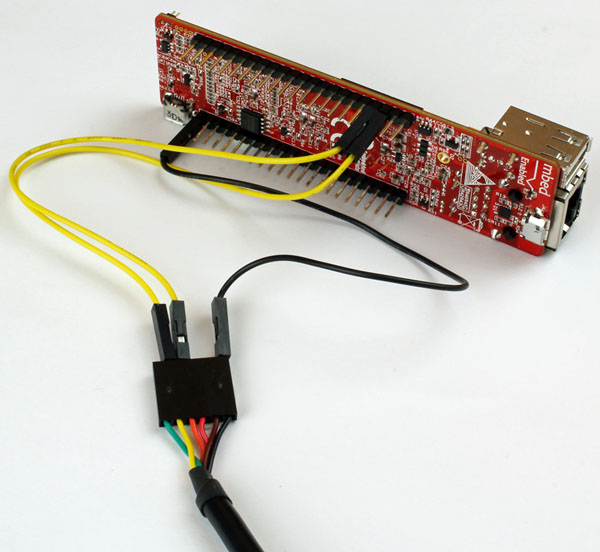 The mbed website has a separate Debugging section in the Handbook. This guide presents some techniques for generating debug information to help find and fix problems with user code when using the HDK features.

The LPC4088 QuickStart Board also offers direct access to the Serial Wire (SW) and trace debug interface of the LPC4088 MCU. Any external debug probe that supports the LPC4088 and the 20-pin SW interface, called the Cortex Debug+ETM Connector, can be connected to this interface. The LPC-Link 2 debug probe directly supports the 20-pin connector, see picture below. The cheap 20 EUR package of EA-XPR-200 (LPC-Link 2) and EX-ACC-014 (20-pos flat cable) are needed to connect to the 20-pin SW interface (J7 in the LPC4088 QuickStart Board) and creates a powerful, professional quality debug interface.

The 10-pin SW interface, called the Cortex Debug Connector, is common on many debug probes. This interface can easily be supported via a special cable that connect only the first 10 position on the 20-pos connector on the LPC4088 QuickStart Board. The picture below shows how the cable looks like (included in the ULINK-PRO package). 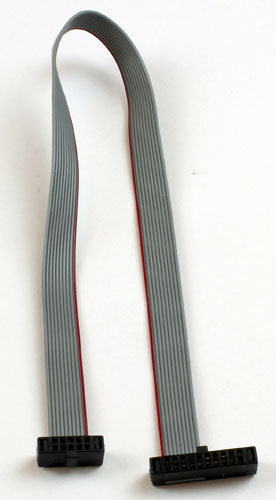 I would like to debug LPC4088 by using ULINK-Pro employing its ETM function, not by using mbed HDK on the board.

Is there any cautions or notes for powering scheme, some jummer settings (to disable HDK?) etc... ?

Dear staff, I would like to debug LPC4088 by using ULINK-Pro employing its ETM function, not by using mbed HDK on the board. Is there any cautions or notes for powering scheme, some jummer settings (to disable HDK?) etc... ? Thanks,