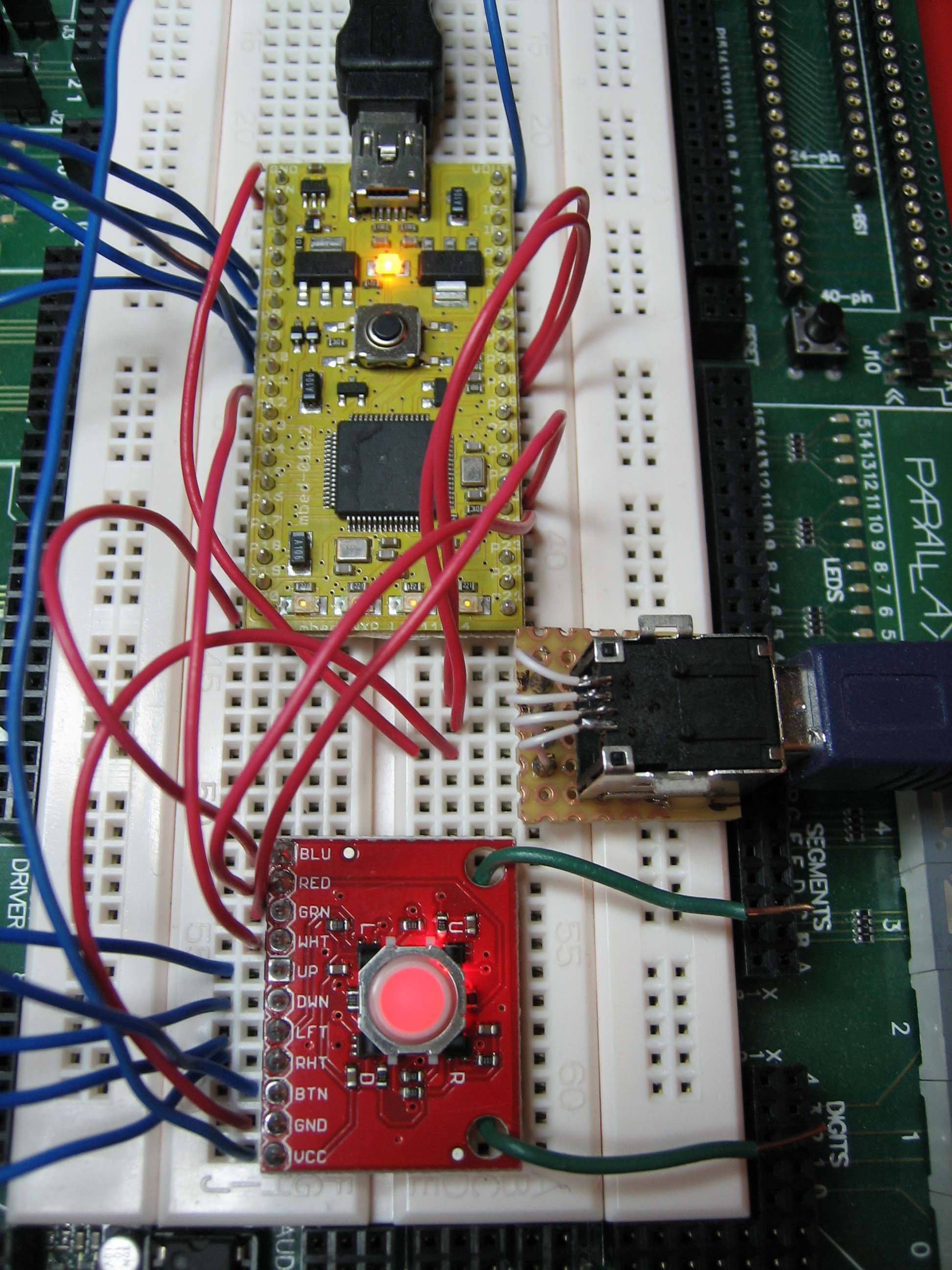 Use a Sparkfun Blackberry Trackball Breakout Board as a mouse.

Class to interface with Sparkfun's Blackberry Trackball Breakout Board.

The Blackberry trackball is a very ingenious design. There are four rollers arranged around the trackball (in the up, down, left, and right locations). When you rotate the ball towards the right, the ball actually shifts a bit to the right in the housing so that it can engage and rotate the right roller. Rotating the ball to the left would cause the ball to shift away from the right roller so that it would engage and rotate the left roller instead. These rollers are actually magnetic so that a hall effect sensor placed beneath them can detect when they rotate. The breakout board from Sparkfun provides 4 of these hall effect sensors (one placed beneath each roller) and the outputs from these sensors are connected to the mbed device so that it can count the amount of rotation in each of the 4 directions. The trackball can also travel down within its housing so that pressing it will cause a microswitch placed beneath it to be depressed. The fact that the ball is translucent also means that it can be illuminated with 4 LEDs of different colours (red, green, blue, and white) from below.

I wrote a BBTrackball library to interface with the device. Features of this library include:

The raw output from this trackball object is too fine for use as a mouse on the PC. To solve this problem I have added some classes in the acceleration.h/acceleration.cpp source files of the sample project to provide some gain to the trackball motion as the user rotates the trackball more quickly. 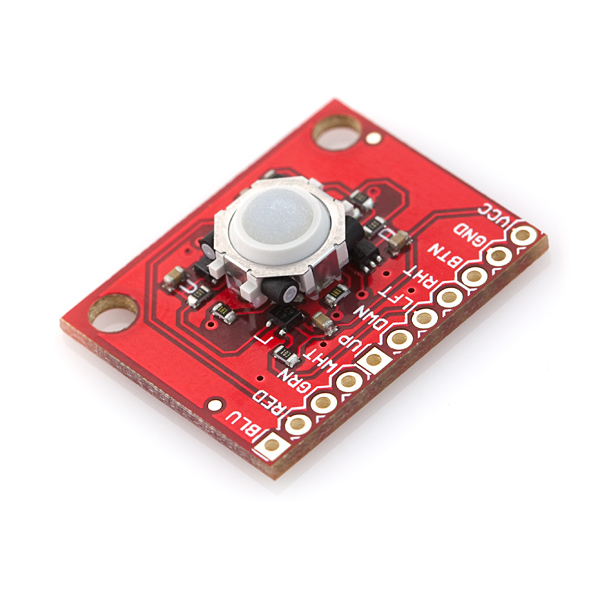 In the photo of my breadboard setup, there is a green wire on the left side of the breakout board. This wire passes underneath the board and through the two mounting holes. It is just there to shim up that side of the board so that it matches the pin header on the other side. It provides no electrical connection. 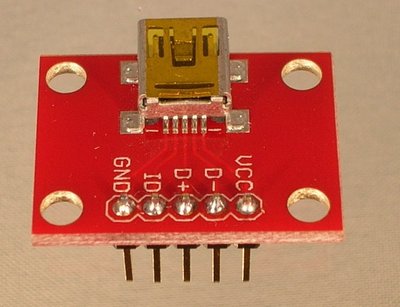 Romilly Cocking has a notebook page which shows how to connect a Sparkfun USB breakout board to the mbed.

You don't need to connect the VCC pin of this breakout board if you are going to get power from the other USB cable over which the device is programmed.