A navigation switch has five internal pushbuttons on a stick. Moving the stick activates one or two of four direction pushbuttons (up,down,left,right). Forcing the stick into a diagonal corner can activate two direction switches at a time. Pressing down on the stick activates a center (or fire) pushbutton. It can be used as a joystick, but it has digital and not analog outputs. They are available as bare switches or on breakout boards. They may not need debouncing, if the application samples them and how long they are activated is all that matters. The Sparkfun breakout board has pullups on the switch, and the bare switch from Adafruit does not have pullups. The bare switch can be a bit iffy in a breadboard as the pins are not exactly .1inch spacing, but it will fit if a pin is skipped between one of the end pins. There are also a number of new lower-cost clones of the Sparkfun breakout board that should work the same - even the PCB looks the same (search for "5-way tactile breakout"). 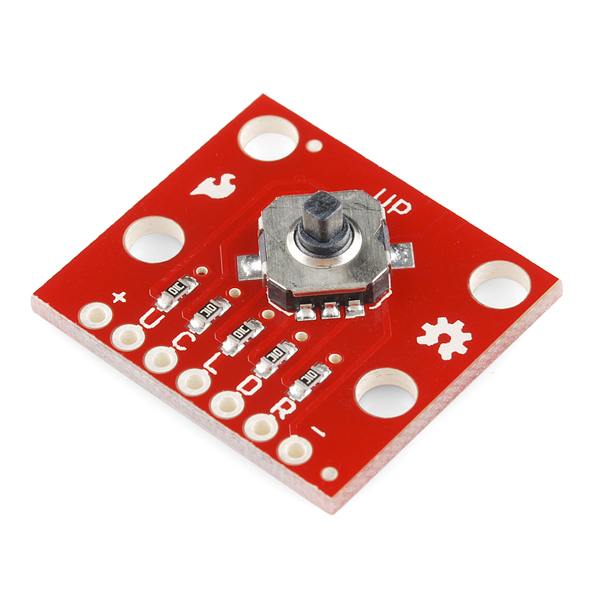 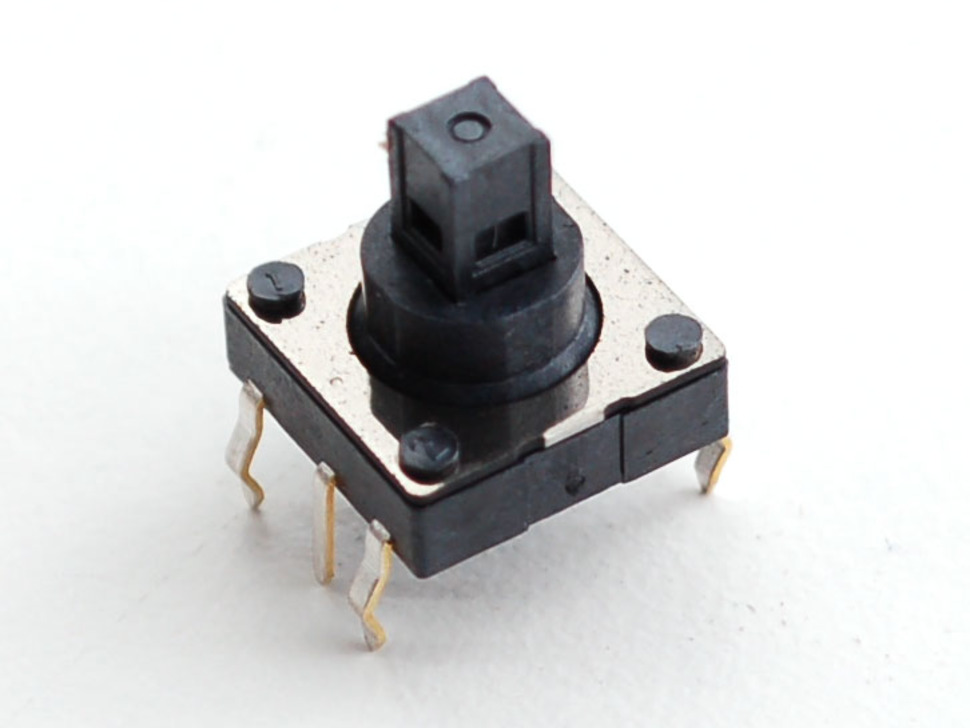 The Navigation switch hello world examples set up a Nav_Switch class which can read all five switches or one at a time using names or indexing. It also turns on the internal pullups for the switches. The larger R value internal pullups will likely save some power and it saves a jumper wire. The main program reads in the direction switches and sends them to the four built-in LEDs on the mbed. If the fire (center) switch is pressed, all 4 LEDs turn on.


On the Sparkfun breakout board, a small vinyl stick on foot or bumper about the same thickness as the plastic part of the header pin can help stabilize the board on a breadboard. A small stick-on mini vibration motor could be used instead and it would also add the option of haptic feedback to the user. These are also available at Sparkfun or Adafruit. A driver circuit will also be needed for the vibration motor.

The BusIn mbed API was used in the code example since it is faster than several DigitalIns. The new PortIn would work faster than BusIn, but the pins used would need to be on the same GPIO port. This would require checking the schematic or additional pin use information for each mbed platform.

Above line is just reading the inputs other than the 'fire' , and then reverting it, and then putting output to internal LEDs?

Also how is it possible to just do '&' operation with Class and Hex number without any operator overloading? What happens if this class has other member datas other than BUSIN ?

So, about this line I have few questions " mbedleds = ~(myNav & 0x0F);" Above line is just reading the inputs other than the 'fire' , and then reverting it, and then putting output to internal LEDs? Also how is it possible to just do '&' operation with Class and Hex number without any operator overloading? What happens if this class has other member datas other than BUSIN ?