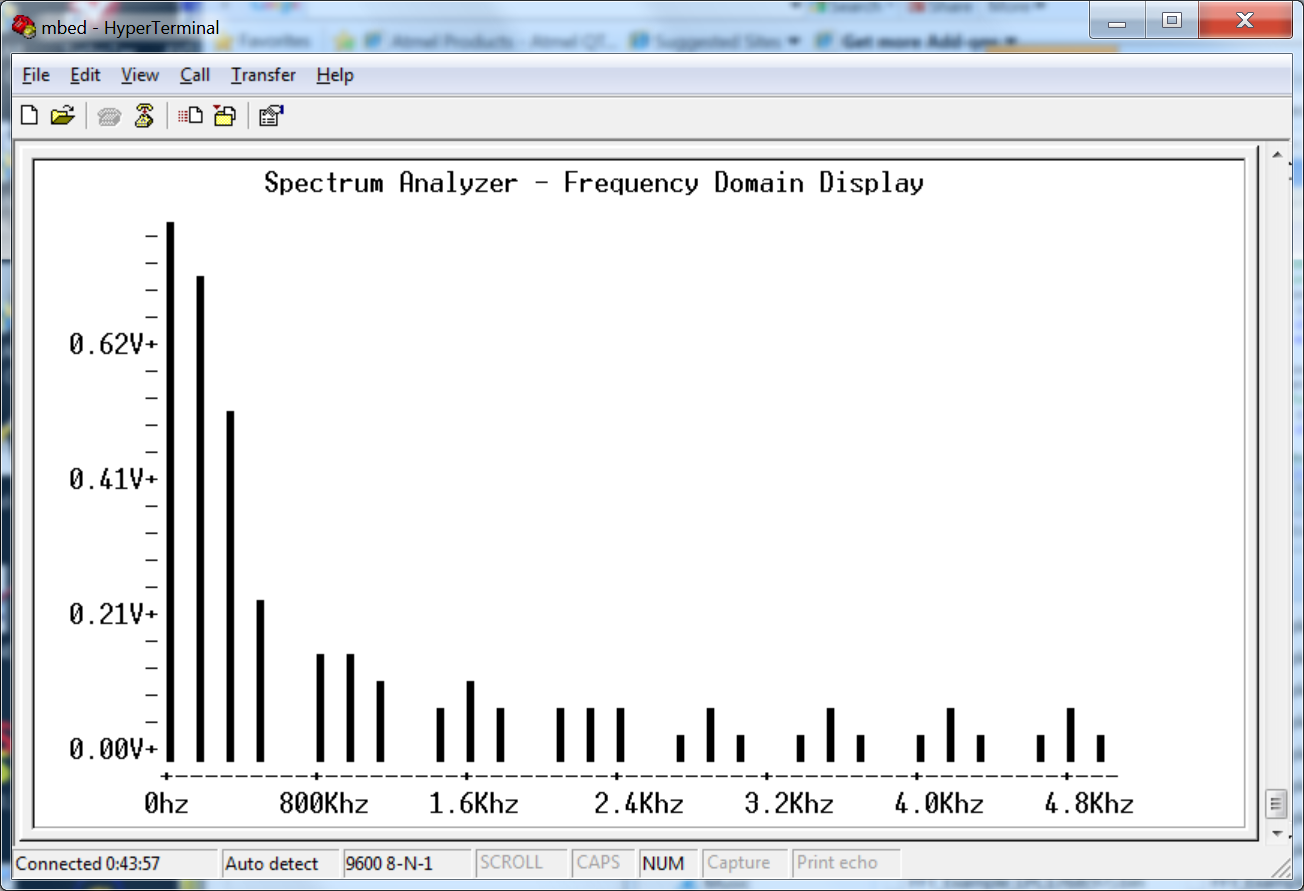 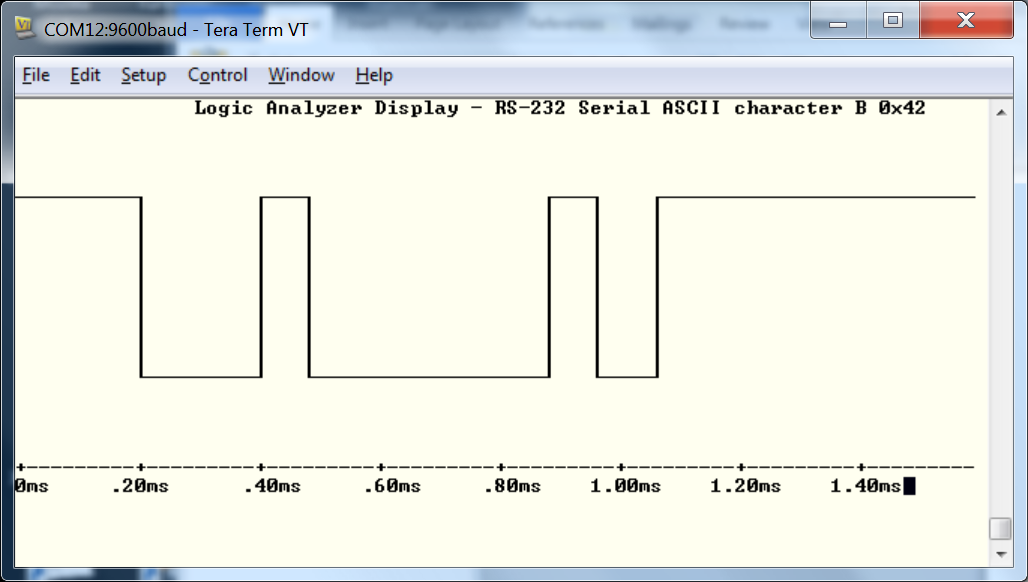 1. Using the mouse and keyboard, copy a single Unicode character’s image from a Wikipedia character web page such as: http://en.wikipedia.org/wiki/Box_drawing_characters.

2. In the mbed compiler window, paste the character into a single character string (surrounded by double quotes)

3. In C/C++ code, use something like PC.puts(“paste_character_here”); to send the string from mbed to the Mac over the serial port.

4. The compiler prints out warnings about an illegal multibyte character sequence – but it still seems to work. A Unicode UTF-8 character is actually 1-4 bytes, that is why it was setup as a string and not a standard C 1-byte character.

5. When the code runs, the Unicode character displays in the terminal application window on the Mac.