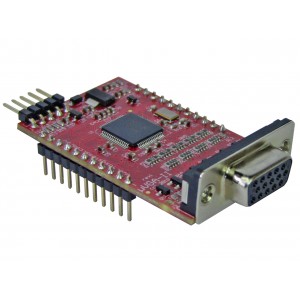 The uVGA II from 4D Systems is a low-cost VGA controller on a breakout board. The existing mbed cookbook 4D SGC library can be used with a couple minor patches for 640 by 480 resolution. They are also available from Sparkfun. They were recently updated/replaced with the newer uVGA III board. 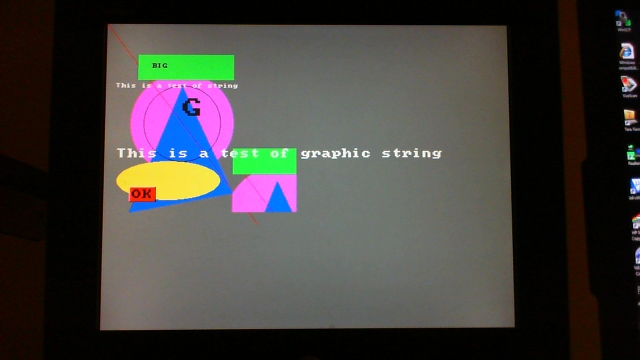 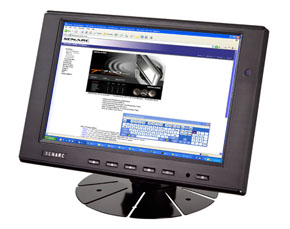 mp3Car has a large assortment of small touch screen LCDs such as this 7 inch LED LCD model 705TSV from Xenarc seen above. A number of them have standard VGA inputs and even internal speakers. This Xenarc monitor runs around $225. Touch input still costs a bit extra, but it is nice to have. The touch screen data typically is sent out over a USB port, so that would take some additional work to use with mbed. At least they seem to have some info on it in this manual. These monitors are so small that they probably need to be attached to something to use the touch input or they move. The uVGA II module does not include code to read a touch screen input, so an mbed interface and driver software would be needed to support touch