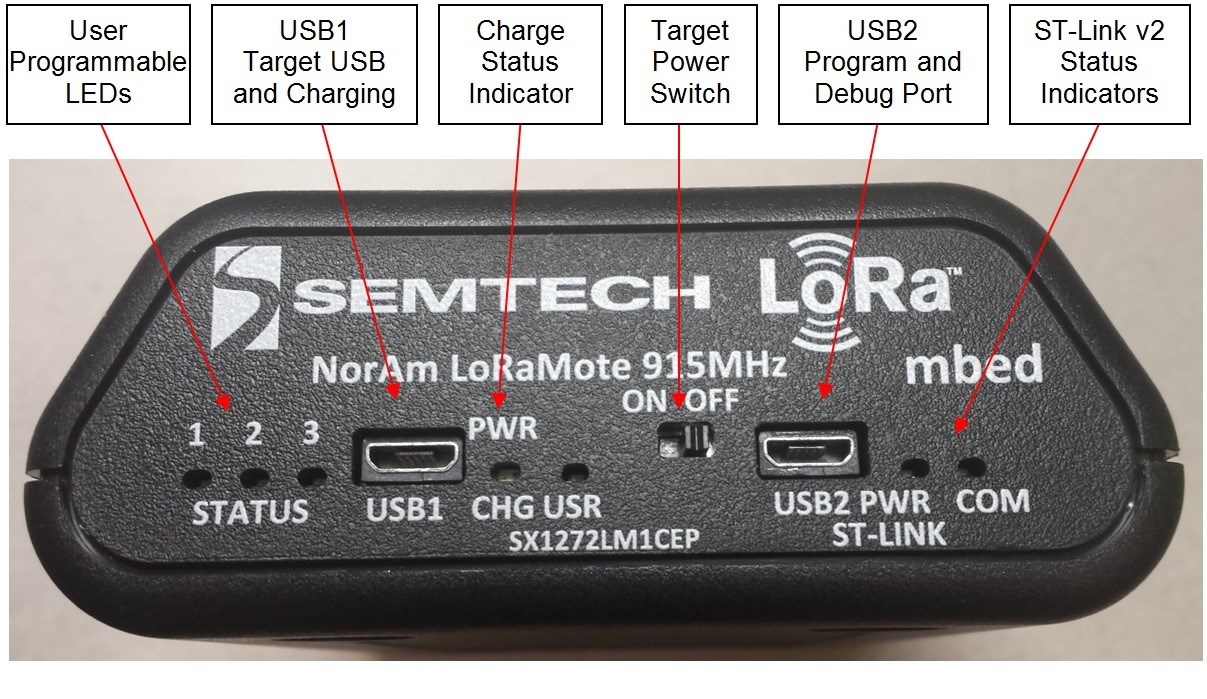 For your device to connect to the Senet Network, set Device ID and App Key in Commissioning.h

Connecting to the Senet Network

When the device is turned on the USR LED will blink while it is joining the Senet Network. When LED state changes to solid green it has joined the network. Failure to join network will be the result of:

The device is in Siting test mode when positioned vertically with LEDs facing up. The Siting test consists of transmitting Senet GPS packets with acknowledgment requested at transmit power levels 14, 20, 30 in that order. For each power level the device will attempt 3 transmits at DR0, stopping if ack is received and moving on to next tx power. After first run through all powers at DR0 the test will stop if acknowledgements received at all power levels; otherwise, the test will proceed to alternate between 3 transmits at DR4 and 3 at DR0 for remaining unacknowledged tx powers until ack received.

The device is in this mode when not in the siting orientation.
This test consists of transmitting 8 packets at:

After transmit cycle completes the next test will start in 560 seconds unless following:

Set mote orientation to desired mode. After a few seconds the new orientation will be detected and the device will indicate it is switching mode by blinking the red, yellow and green LEDs simultaneously for a couple seconds before switching to the new mode.