This is the handbook for Mbed OS 2. If you’re working with Mbed OS 5, please see the new handbook.

These instructions explain how to upgrade your firmware.

1. Save the latest firmware using the USB bootloader¶

While holding down the reset button, plug the LPCXpresso824-MAX board over USB

When the LPCXpresso824-MAX is plugged in this way, it will appear as a disk called CRP DISABLD. 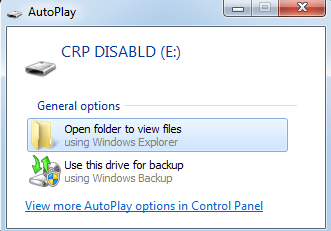 Just delete the file called firmware.bin and simply copy the update file onto

The latest mbed interface upgrade file for the LPCXpresso824-MAX is :

2. Power cycle the board to update the firmware¶

After you have copied on the file onto the LPCXpresso824-MAX, simply unplug it, and plug it back in again, and the the USB disk will appear and an mbed disk. 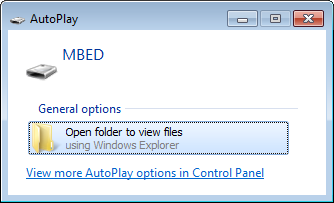