For the mbed mini project, I developed a simple Whack-a-Mole game that uses an ARM microcontroller, six external LEDs, six pushbuttons, and a text LCD. This game was inspired by the popluar arcade game, Whack-a-Mole, where players have to quickly hit moles that would pop up in a random order. For this game, players have to quickly press the buttons matched to certain LEDs that will light up in a random order at different speeds. The number of hits will tally up and the final score will be displayed once the game is over. Each game lasts 30 seconds. 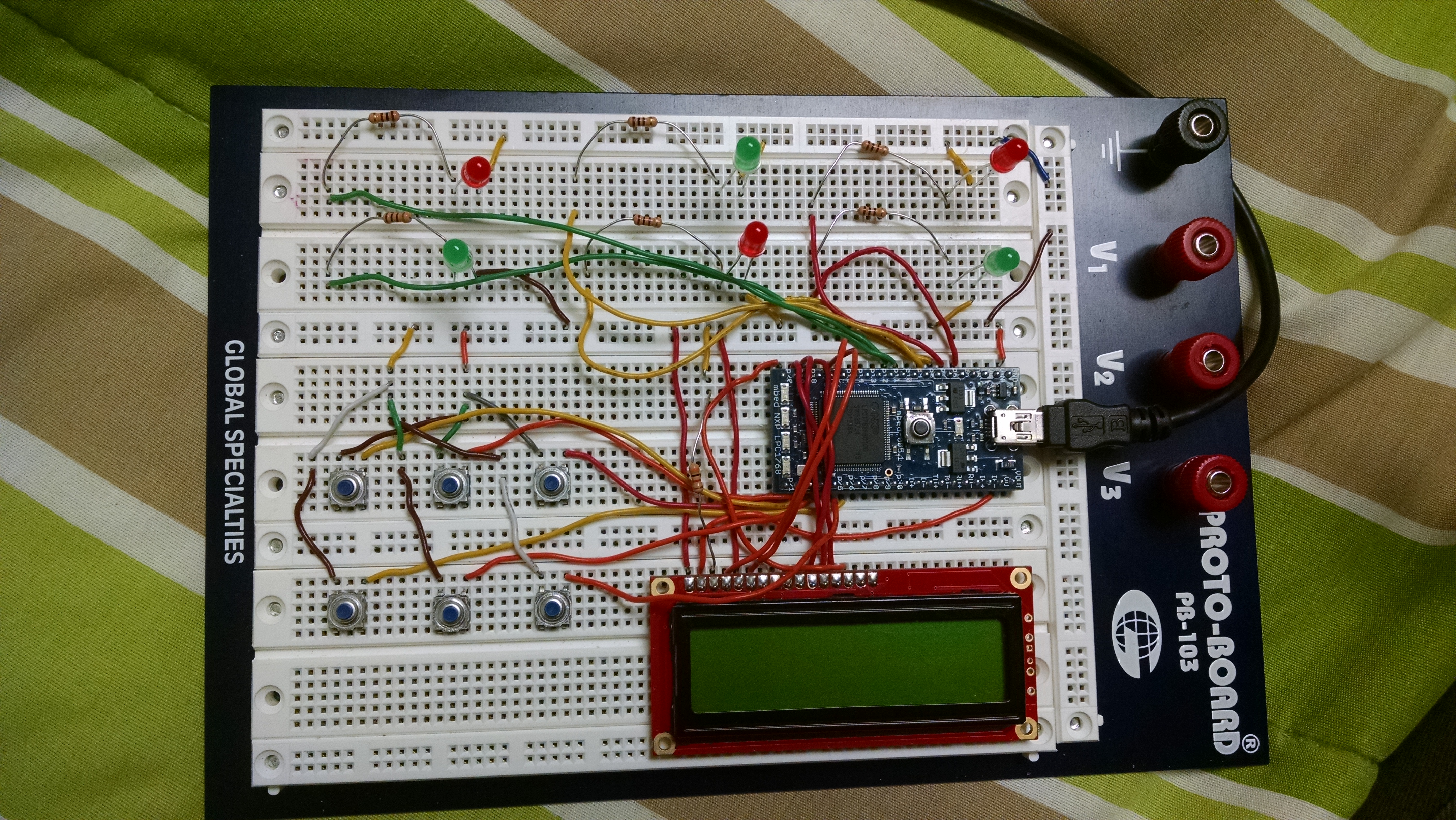 Pins 15 and 16 are needed for the backlight on the LCD and were not used in this project. Pins 7 - 10 are not connected too.