The ESP8266 is a 5$ wifi module (in low quantities) that can communicate over UART by AT Commands to the host microcontroller. This page talks about the firmware update process for the ESP8266 module.

To update the firmware on your ESP8266 device please follow these steps:

mbed board as serial passthrough

Wire up the ESP8266 chip to be in firmware update mode. On the ESP01 chip this involves setting GPIO0 to GND and resetting the chip. See the wiring diagram below.

For a more detailed diagram see the getting started guide in the resources section.

From the espressif firmware you just downloaded you will need to load 4 seperate files to the ESP8266 chip. You will need to write the blank binary twice.

When you've launched the tool, select the ESP8266 downloader. 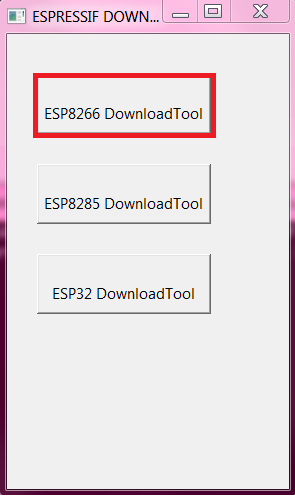 Select the files you want to download to ehs ESP8266, and specify their memory locations according to the table above. 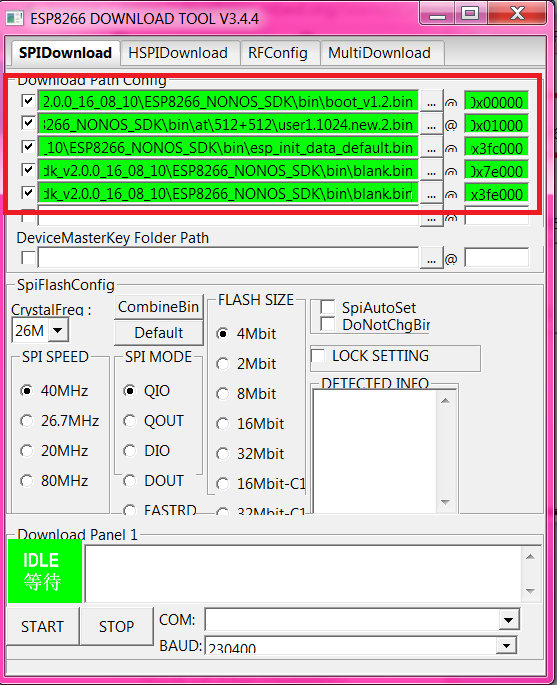 Specify the Flash size as 32 Mbit. 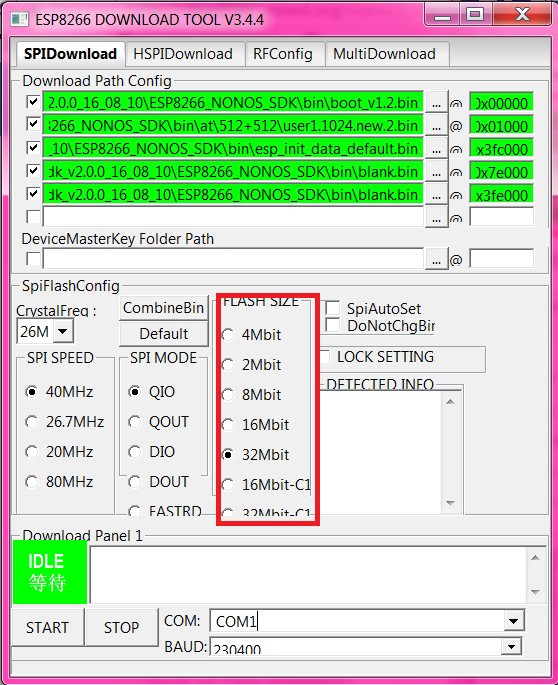 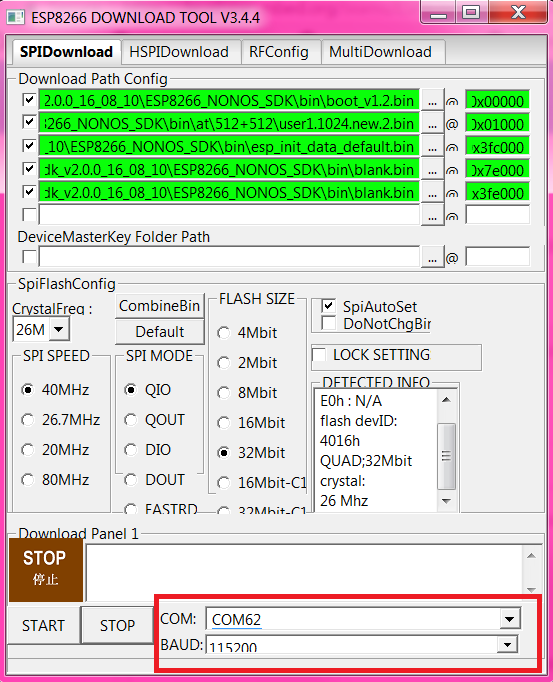 Now that you have completed updating the fimware remove the GPIO0 pin (or press the RESET button on the Seeed Grove module), the ESP will now be running communicating with the board at 115200 baud.

For example, if I have a FRDM-K64F board and a ESP8266 module and I want to update the firmware for the ESP8266, I would compile and load the Serial Passthrough program onto the K64F. Then I would connect the following pins together

Then I would use the flash download tool to download the binaries. Once they were all downloaded I would unconnect GPIO0 from GND and restart the board. Now the board should be running in operational mode, usually this is 115200 baud. To test this I would load the program below onto the board. It has the AT+RST command already programmed, so just compile and run it and you should get valid output from the ESP Chip. If you do not get valid output, but instead a bunch of junk try changing the baud speed of the device.

This program is designed to act as a serial terminal for interfacing with serial peripherals, such as the ESP8266, that support AT Commands.

Here are some other very useful resources for ESP8266 schenanigans.