This wikipage is designed to give users an understanding of how to use the SparkFun MEMS microphone with the mbed platform. Using a $10 chip from Sparkfun allows one to build a recording device by interfacing with the mbed platform. Since the chip is provided on an IC breakout board it can be directly wired to the mbed without the need for an additional circuit to control the chip output. This allows for quick development time and saves cost, especially useful for prototyping. An example code is given to show users how to implement simple recording and playback functionality. A YouTube video is also provided as a live demo for the user.

Using a Microphone for Analog Input

In order to input an accurate Analog Output into the mbed, Vcc should be connected to 3.3V and the microphone AUD output will float at one half Vcc when there is no sound. The amplifier on the chip has a gain of 67 and produces a peak-to-peak output of 200mV when the microphone is spoken into at arms length at normal conversation levels.

Table 1 describes how to wire the microphone to the mbed. In additon Table 2 displays the connections between the speaker, the record button, and playback button are connected to the mbed. See the linked pages in the demo section for more information on how to hook up these components.

Table 1: A table showing how to connect the microphone to the mbed.

Figure 1 is a schematic [1] of the MEMS chip that produces microphone functionality. Since the microphone is connected to other parts on a breakout board, wiring the microphone to the mbed is simple. It is possible to increase the sensitivity of the microphone by adding more resistors in series with the connection to the mbed. 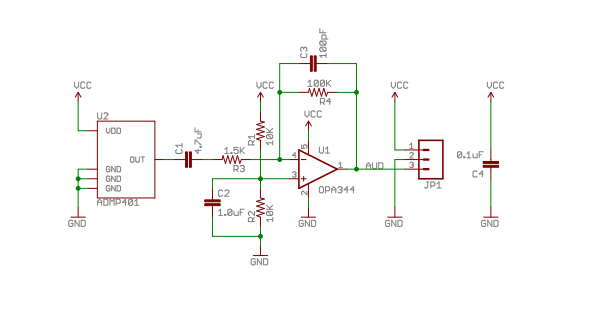 The following components are required for the demo:

Provided below is code that sets up interfacing between the microphone and mbed in an easy to use C++ class. 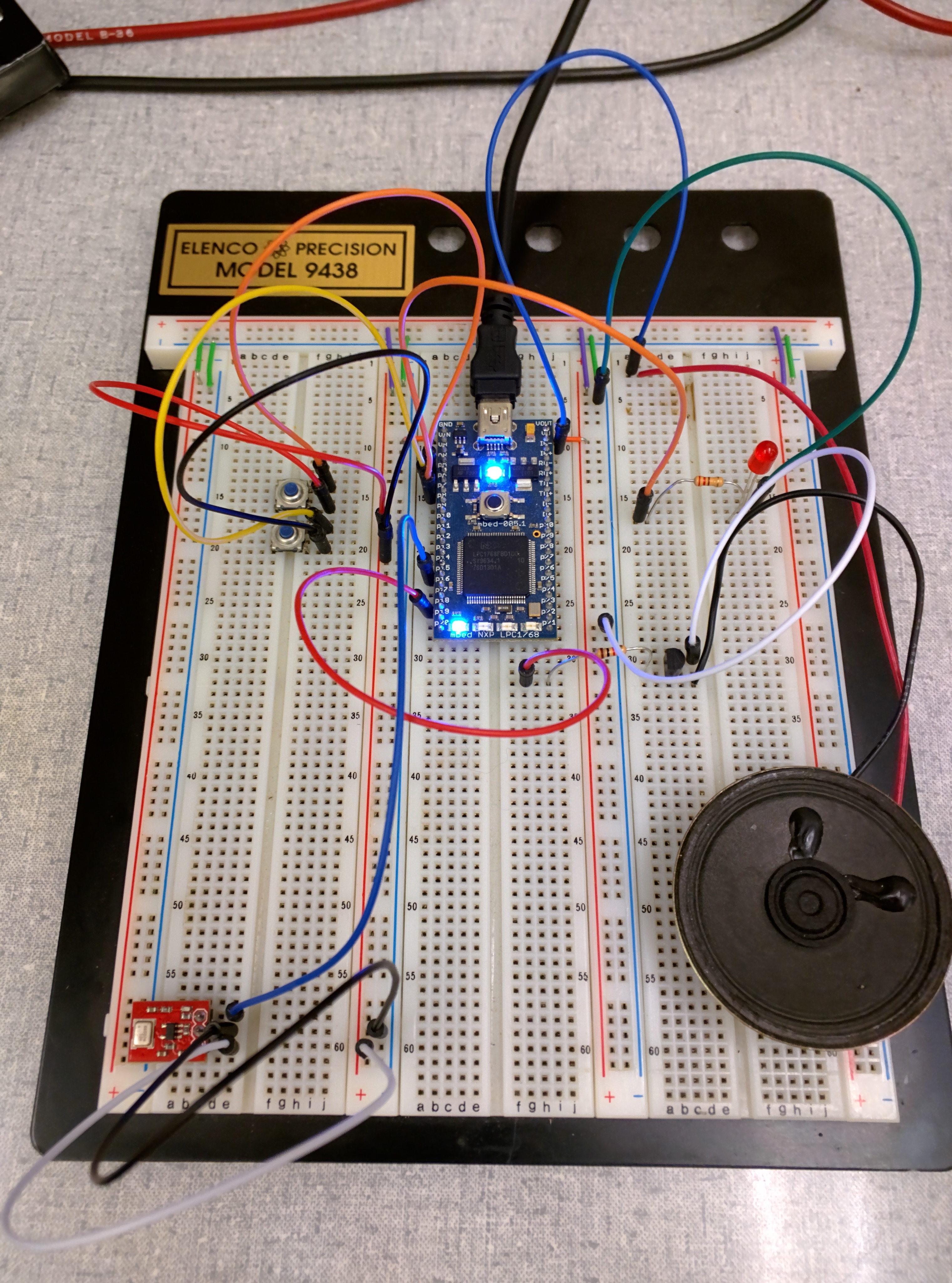 This page discussed how to use the MEMS microphone to interface with the mbed to implement simple record playback functionality. The most pertinent problem with the posted demo is the maximum recording time of one second. It would be beneficial to improve this functionality. The problem of such a limited recording time arises from the limited storage space on the mbed. A possible implementation would be to connect an SD card to the mbed, allowing for more storage. This solution might also improve the quality of the recording as more samples could be used to store the information. Another useful improvement would be to convert the code into a library. This would allow newer users to make calls to functions in the provided code inside of the user's program. In addition, it would be possible for the the library to be maintained by the mbed community.