Our project is about wirelessly controlling and steering a Magician Robot using a gesture sensor. Collision avoidance is implemented using IR sensors. A uLCD and speaker are used to provide the appropriate audio and visual feedback to user on a per-gesture basis.

We use two mbeds - one that is hooked up to the gesture sensor and one that drives the Robot - and two Series 1 XBees to establish a wireless link between the two. 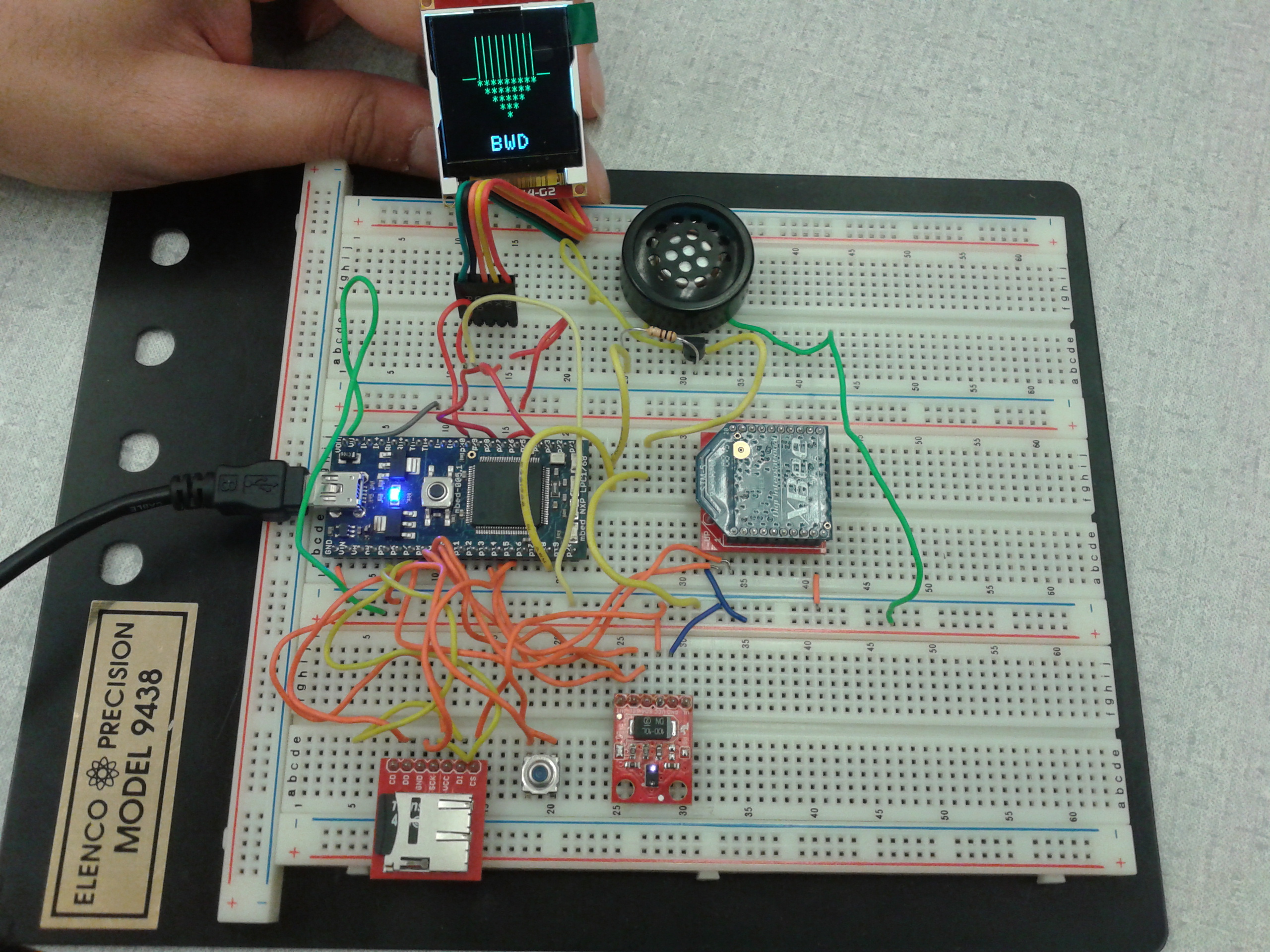 This program is a user interface to send gesture commands to the Magician Robot.

The robot receives the command sent by the controller and executes it in real time.
Collision avoidance is implemented using IR sesnors. When the sensor returns a value above a certain threshold (0.6 here), the robot sends a message back to the controller saying it detected a collision and waits for a new command. 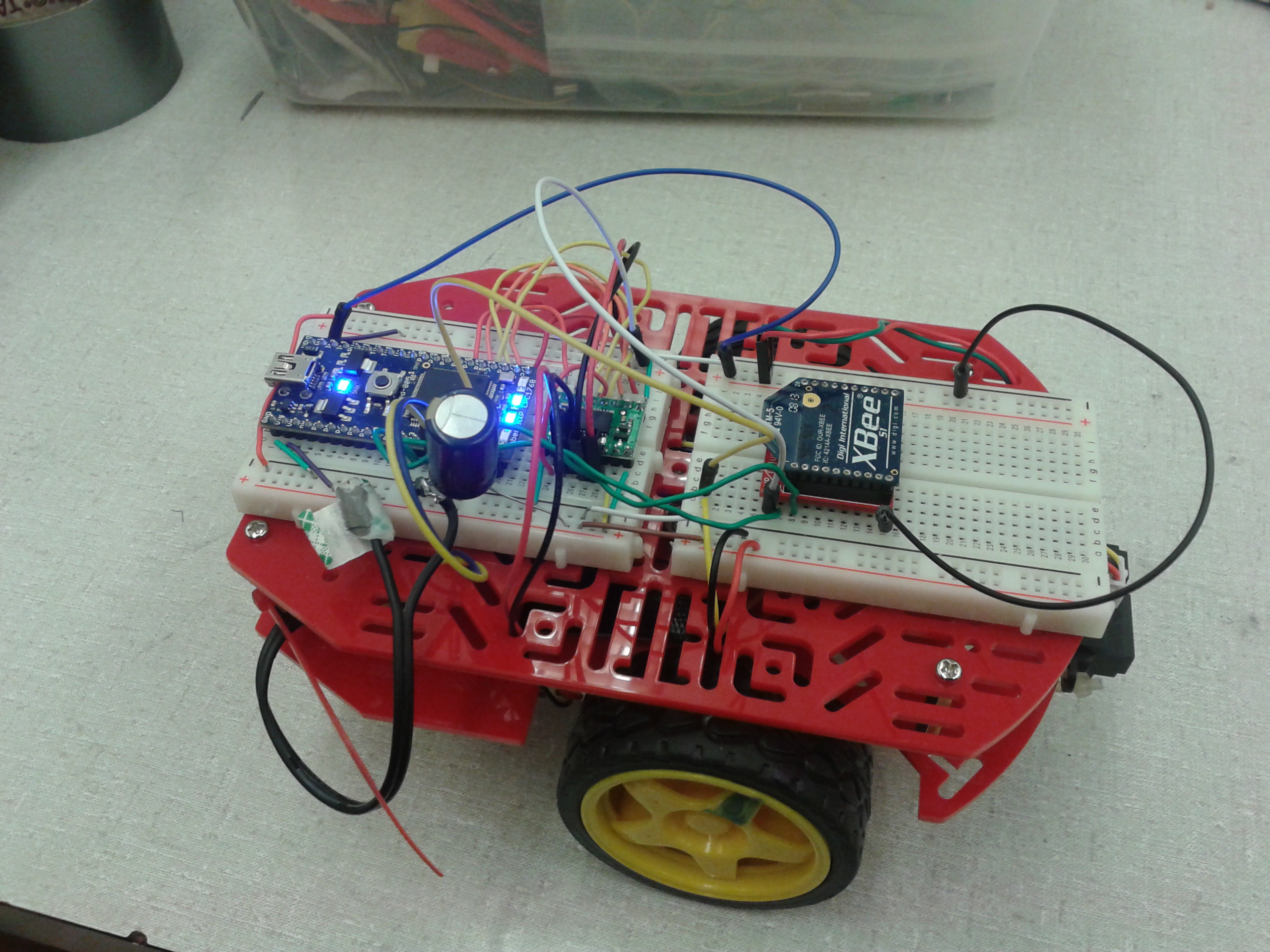