This project uses the uLCD-144-G2 smart LCD along with a push button and speaker to create a Flappy Bird-esque game for mbed. The game begins with a start screen prompting the user to hit the pushbutton to begin the game. Once the game has begun, the user pushes the pushbutton to control the "bird" in a similar manner to tapping the screen when playing Flappy Bird. The game plays the same score sound when the user successfully passes the obstacles and also the same hit sound when the player hits one of the pipes and the game ends. The game takes advantage of the mbed RTOS to allow these sounds to play from a .wav file in the MicroSd card file system with minimal impact on LCD graphics performance. 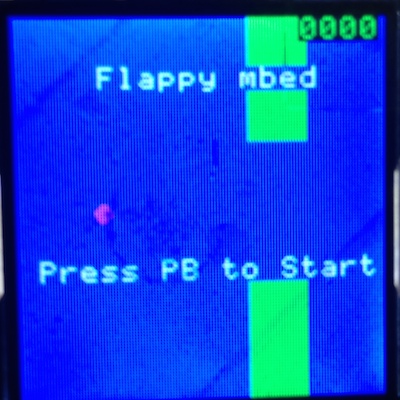 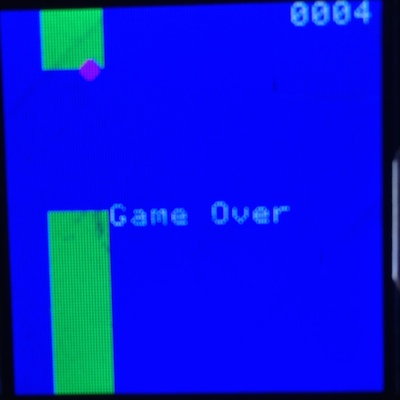 Problems encountered and attempts to mitigate them:

Checking the wall position to rewrite the score