Bluepill board support for Mbed OS 6

It does not work with the Mbed Online Compiler.

This is an example of configuration for the Bluepill board for Mbed OS 6.

It shows how to create a custom board support based on Mbed OS and how to compile a simple Blinky application.

Note this project makes use of the full Mbed OS with RTOS included. It's possible to make changes in the configuration to support the Baremetal profile and reduce memory requirements - see this.

This repository includes blinky.cpp as an example application to demonstrate how to use the Bluepill custom board support. It's expected to work out of the box using both Mbed CLI and Mbed Studio. Note this test application can be ignored using the MBED_BLINKY_EXAMPLE macro in mbed_app.json, so you can add your own files and application on top of this project.

You can follow these steps to import and compile with Mbed CLI:

Note not every version of Mbed OS is being tested, therefore update at your own risk. Unless strictly required, you should stick to versions of Mbed OS that are known to work ok.

If you do want to udpate Mbed OS, then follow these steps:

This application has been tested on the Bluepill board and runs ok: it blinks and LED and sends a message over the serial port (115200 bauds - see mbed_app.json).

However, it's recomended to run regression tests based on the Greentea framework whether possible (more details to be added).

The Bluepill board doesn't have a programming interface on board. However, it's easy to connect an external adapter such as the STLink/V2 and get it working in minutes.

Use the STM32 ST-Link utility to program the binary into the device. 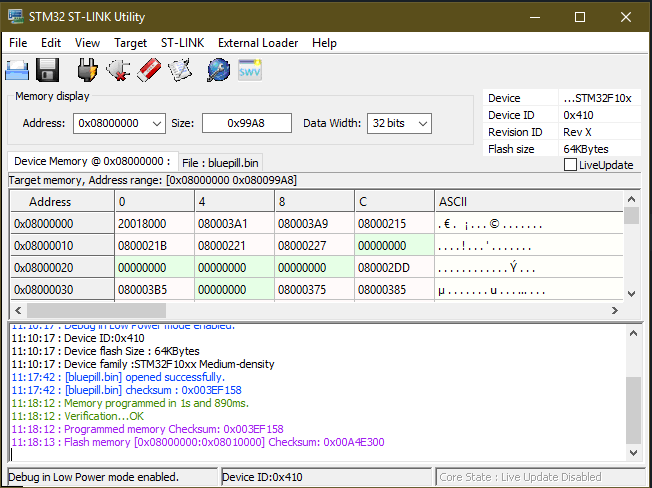 Wire the Bluepill to the STLink and serial adapter as follow: 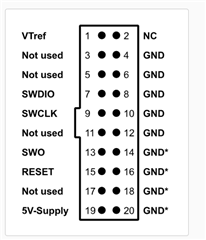 This is the pinout of the Bluepill board: 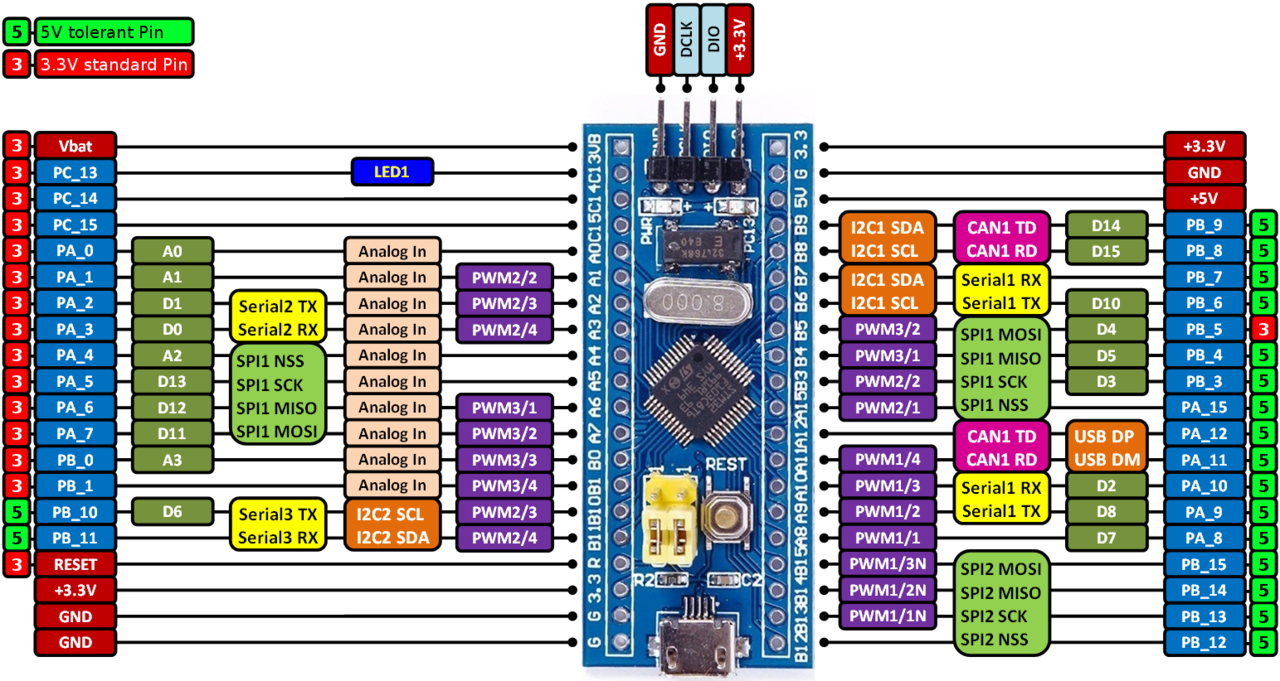 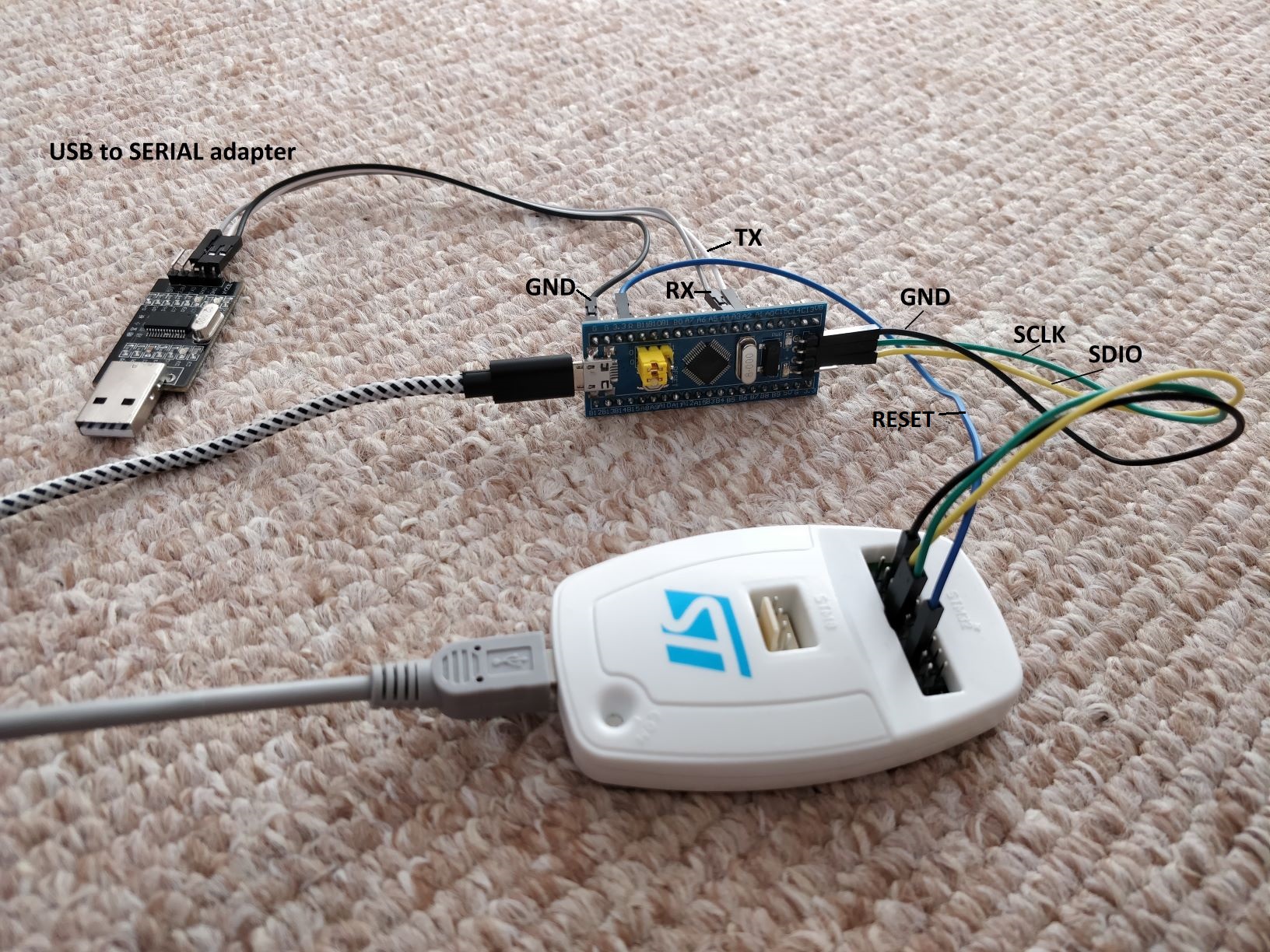 The examples above are not meant to be compiled with the online compiler. Follow these steps to import and compile them with Mbed CLI: