Spidey Wall is the name for a physical wall lit up by multiple addressable LED strips. This program is an LPC1768 web server to control the wall from a browser.

This project is part of a Light-Wall using addressable LED strips (WS2801). I have published a few posts on my blog about the construction of the wall and building a game to play on it (PacMan). I have also had a guest post from a friend who has set his children the task of producing some interesting animations. The original post is http://robdobson.com/2015/07/spidey-wall/ 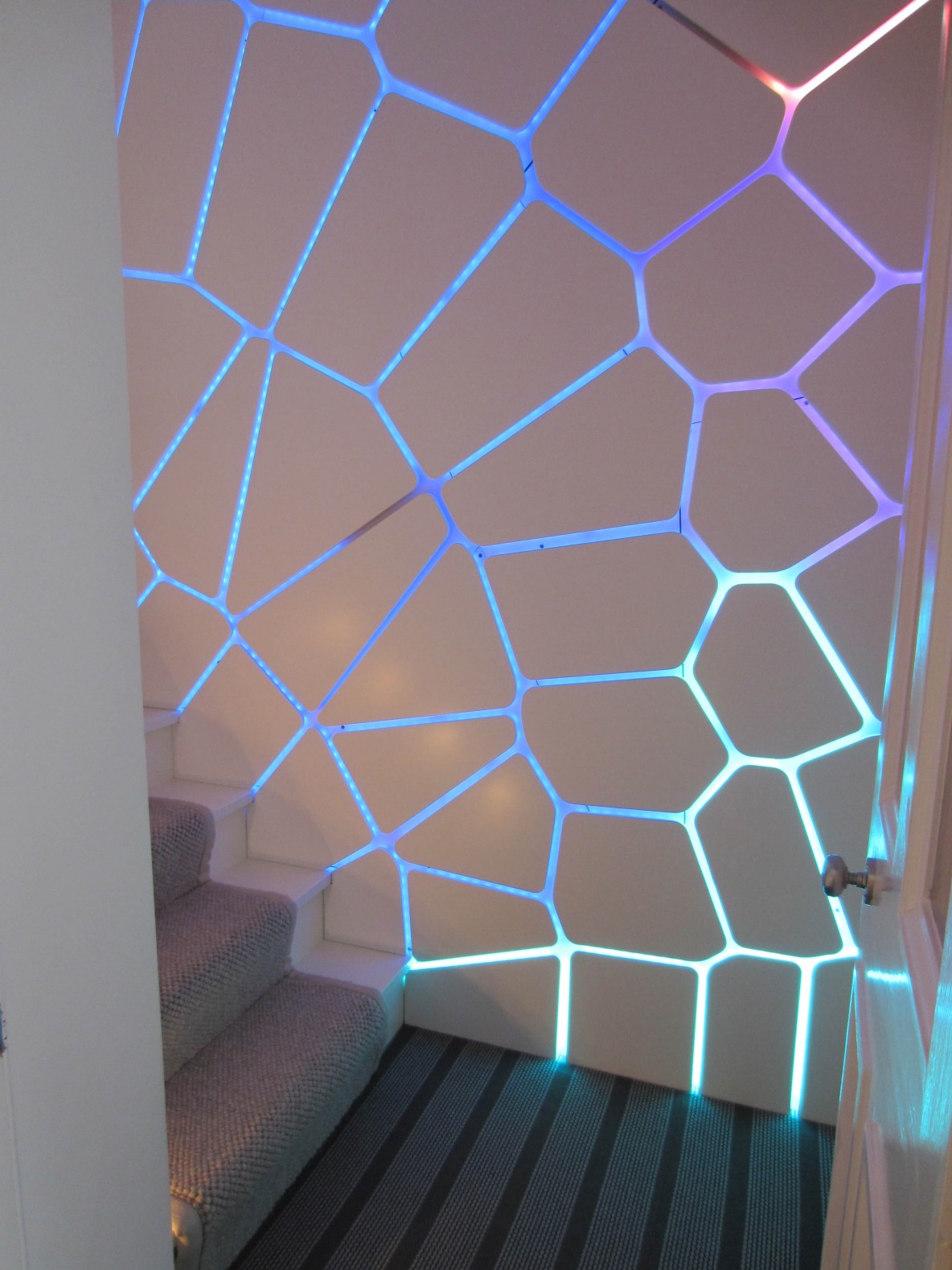 So far, however, I hadn't fully connected the physical (and electronic) wall with the web-browser creations to drive it. This project is hopefully the final link. A fast and reliable web server using REST commands to drive the 1686 LEDs in the Spidey Wall from code running in a browser (say on an iPad while you are playing a game).

The approach taken here results in the ability to control the RGB values of all 1686 LEDs at a rate of 20 frames per second.

A blog post describing the whole thing is here: