Sparkfun's Shadow robot kit is one of the lowest cost robots that could be used with mbed. It is the replacement for the older red Magician robot kit. When comparing robot kit prices, keep in mind that this robot kit will also need, the geared DC motors, wheels, a dual H-bridge driver, and a small breadboard for use with mbed. Those items will likely cost as much or a bit more than the robot kit. Assembly instructions and videos can be found at Sparkfun. The plastic parts snap together, but be careful if you ever need to snap it apart as the tabs can break with too much force. Info and ordering links are provided for each of the parts described in this page. A hall effect sensor kit is available to add motor feedback control. Line following (needs 3) and whisker style bumper sensor kits (needs two) are also available. 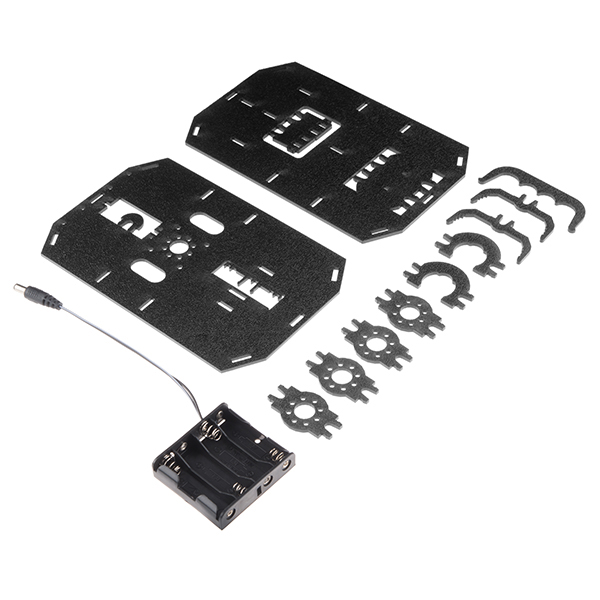 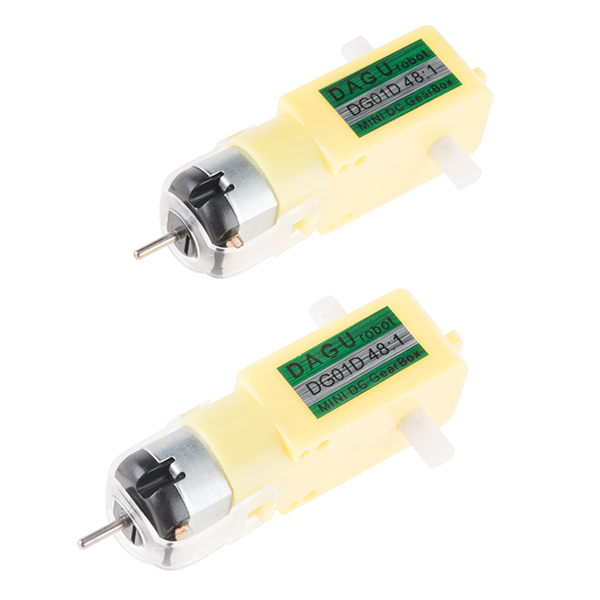 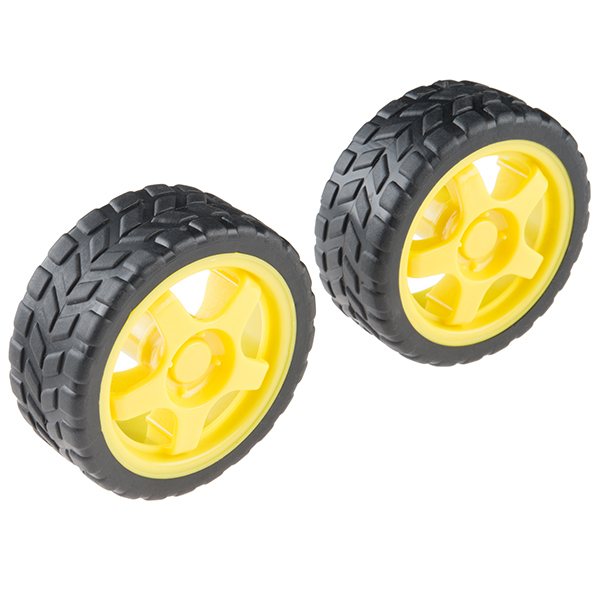 Don't expect a robot with a two motor drive setup to move in a straight line for long without some sort of motor or motion feedback sensors. A motor encoder sensor and/or an IMU is typically used for motion and position feedback control. There are some older robot projects below that will give you an idea of what is possible with the various sensor add ons. 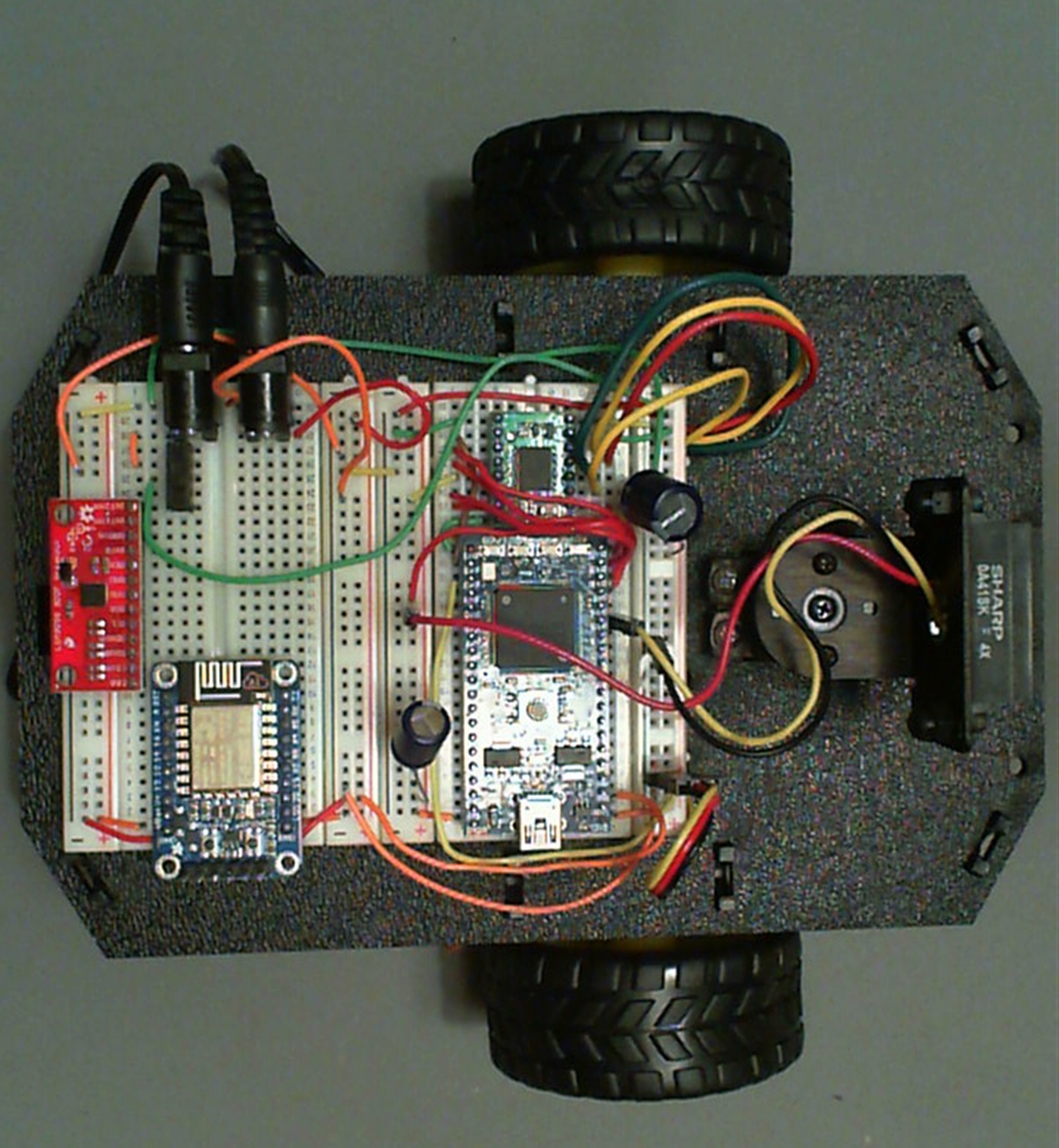 In the image above on the breadboard above the mbed is a small MOSFET dual H-bridge driver for the motors. The front of the robot has a cutout for a standard RC servo and an IR distance sensor is mounted on the servo with a servo sensor bracket and a handy JST cable. On the left is an Adafruit ESP8266 Wi Fi board and a new low cost Sparkfun 9DOF single chip IMU board that are not used in the initial demo. The Wi Fi board could be used for remote control, and the IMU can be used for position control feedback.

It is easy to run the mbed LPC7168 off of a battery using the Vin pin. A second 4AA battery pack is needed to run the robot with mbed. With one battery pack, when the motors turn on the voltage drops too low and the mbed resets on some older kits. Filter caps will not solve the problem on those. It appears the some of the newer kits have a battery pack with larger gauge wiring that does not have this voltage drop problem with new/strong batteries. A bit higher voltage battery pack would solve the problem, but it is just as easy to use two battery packs (one comes with robot kit) if this problem occurs. In this demo with an older kit, one battery pack runs mbed and the sensor, and the second runs the motors and servos. The grounds on the two battery packs are connected. Sparkfun has a barrel jack adapter and a small slide switch that will fit in a breadboard that makes it easy to hookup the battery pack and turn power on and off. For long term use, a rechargeable (7.2V?) battery pack and charger might make sense.