An example program for Rohm SensorShield-EVK-001 running with Mbed OS 5.

Getting Started with Rohm SensorShield-EVK-001¶

This example demonstrates how to use the SensorShield-EVK-001 component with multiple sensors. those measured values, which received through a serial connection from a mbed board, are printed out in a terminal software window. 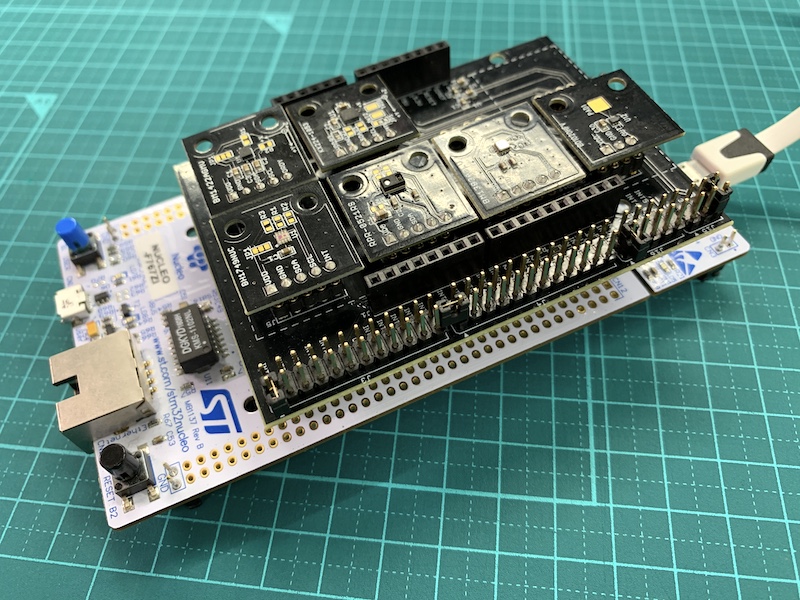 The SensorShield-EVK-001 is plugged on top of a mbed board and a serial connection should be set up between the mbed board and PC with the following parameters: 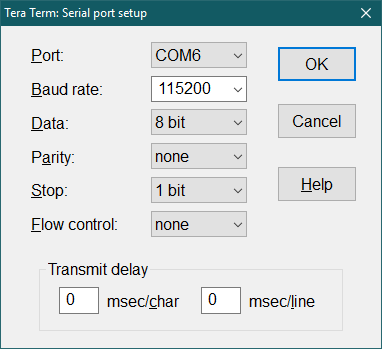 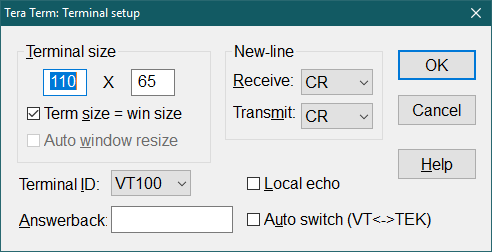 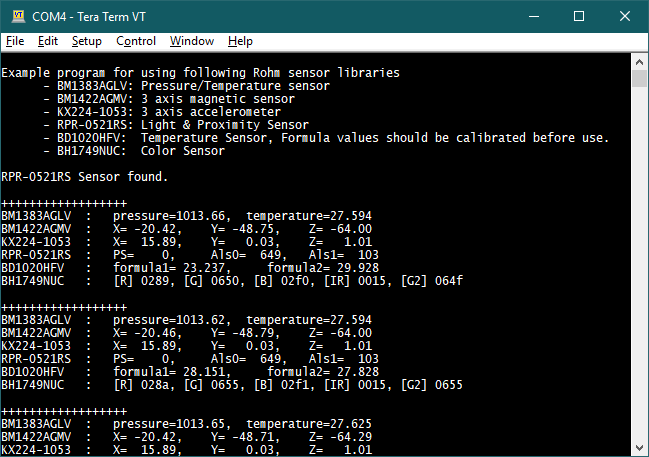