For the Mbed mini project, I developed a simple game that uses an ARM Microcontroller (LPC 1768), an accelerometer, a smart color LCD and a speaker. The technical specifications for the parts are mentioned in detail later. 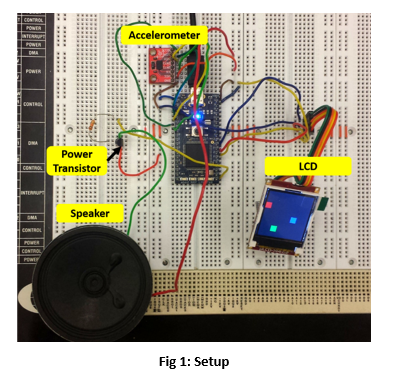 The game is inspired by the popular arcade game ‘Frogger’. The frog follows the movement of the accelerometer and the goal of the game is to direct the frog to the other side of the street while avoiding the cars.

The code for the game was developed in C++ using the mbed cloud compiler. I have used the mbed’s Real Time Operating System (RTOS) to implement various threads that control the different components of the game. Mutex locks are used to access the shared resource (LCD) between the threads. The different thread functions are as follows:

4. Analog Speaker:
Hooking up the speaker directly to an mbed output pin results in very low volume and a driver circuit is needed to boost the current levels to drive the speaker to provide adequate volume levels. Hence the power transistor is used Connections 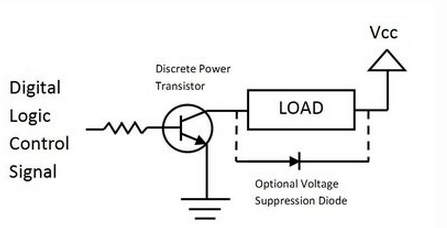 The code can be imported from http://mbed.org/users/yhazrat3/code/frogger_G/

please give the circuit diagram for this project.

please give the circuit diagram for this project.