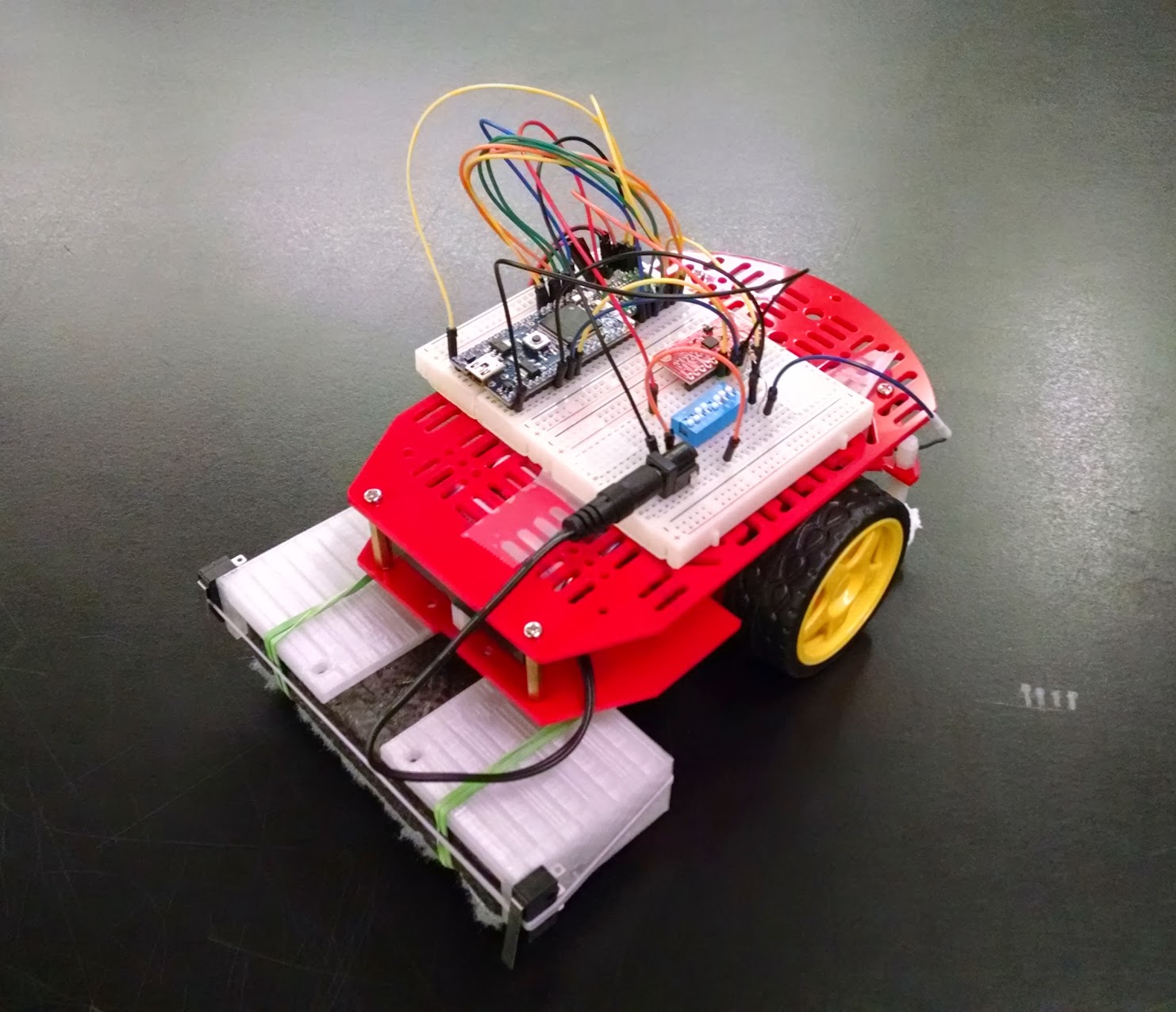 This is final project for ECE 4180 - Embedded System Design at Georgia Institute of Technology. The idea of this project is to develop a Magnetic Whiteboard Robot Eraser. The members of the group are Alexandre Crepory Abbott de Oliveira and Lucas Cordeiro Herculano.

The project consists of a mbed mounted on a Magician Robot Kit. The robot had magnets attached to the bottom making it possible for it to hold on to the magnetic board. A SparkFun 9 Degrees of Freedom IMU Breakout Board was used to orient the bot on the surface. However, we had a few issues while developing the prototype of the robot. The motors from the kit are too weak to move the robot when it was on the whiteboard. Taking that into consideration, we decided to simulate the work on the floor instead of on the magnetic whiteboard. The robot starts at any point, headed left, then it will proceed to the left side. After bumping into a wall, it will go up to the top and from there it will erase the whole board in a zigzag.

The zigzag movement is achieved through State-Space Integral Control of the direction of the robot, using a gyroscope as sensor and an H-bridge as actuator. When if first goes from left to right, it follows a reference of zero radians. When it bumps on the wall, it goes backwards for half a second and then starts following reference r=-pi/2 for one second. After that, the reference changes to -pi until it bumps a wall again. This can be observed in the video at the end of the page.

The devices were connected as the following: 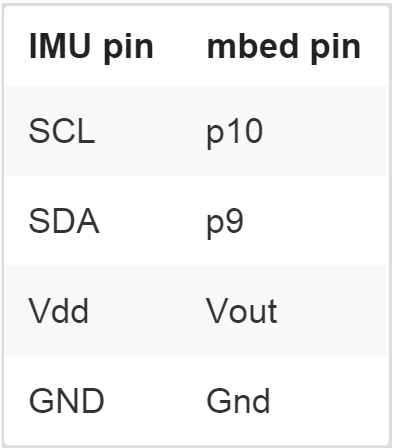 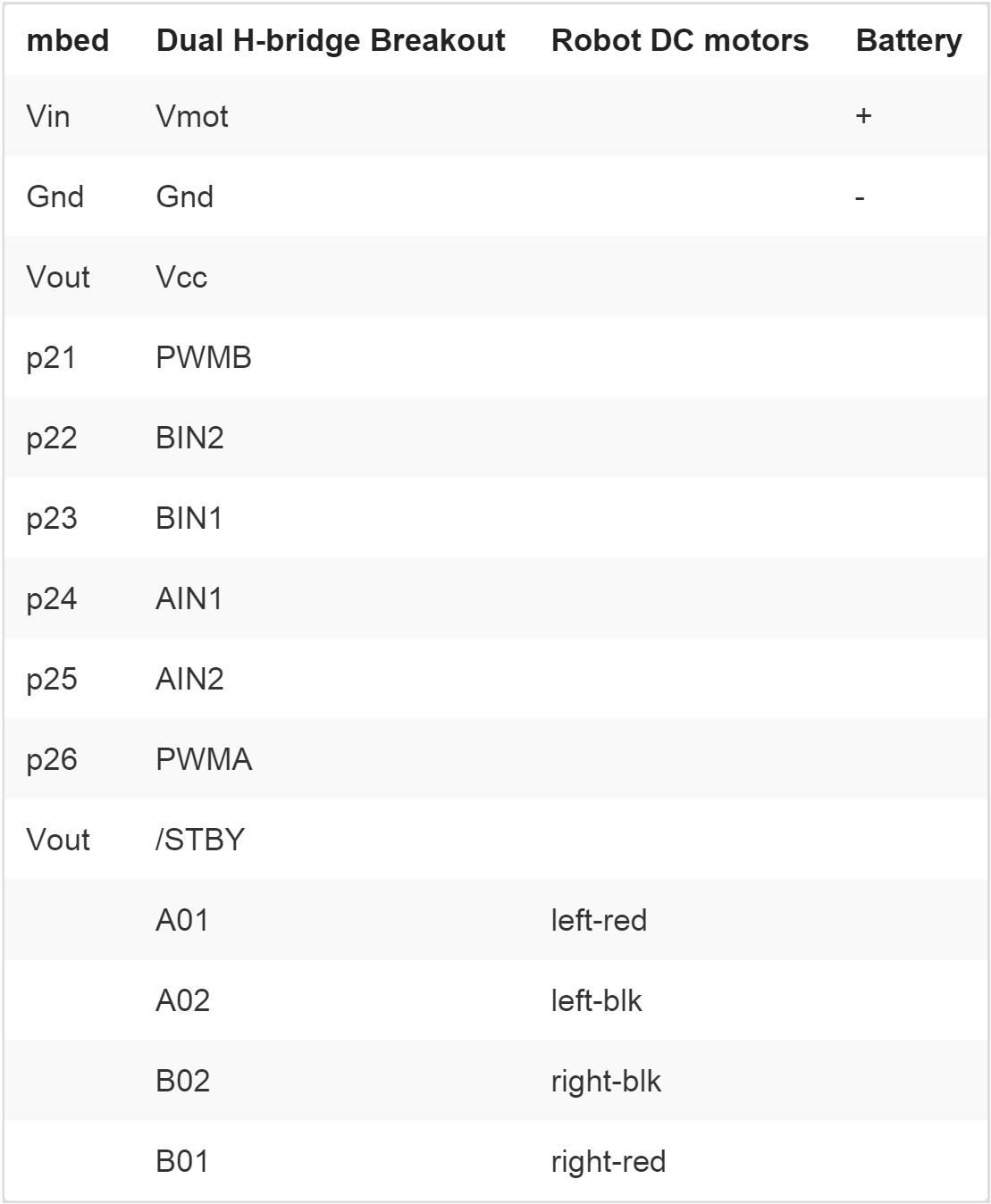 Demo of the robot on a horizontal surface:

The code used is below: