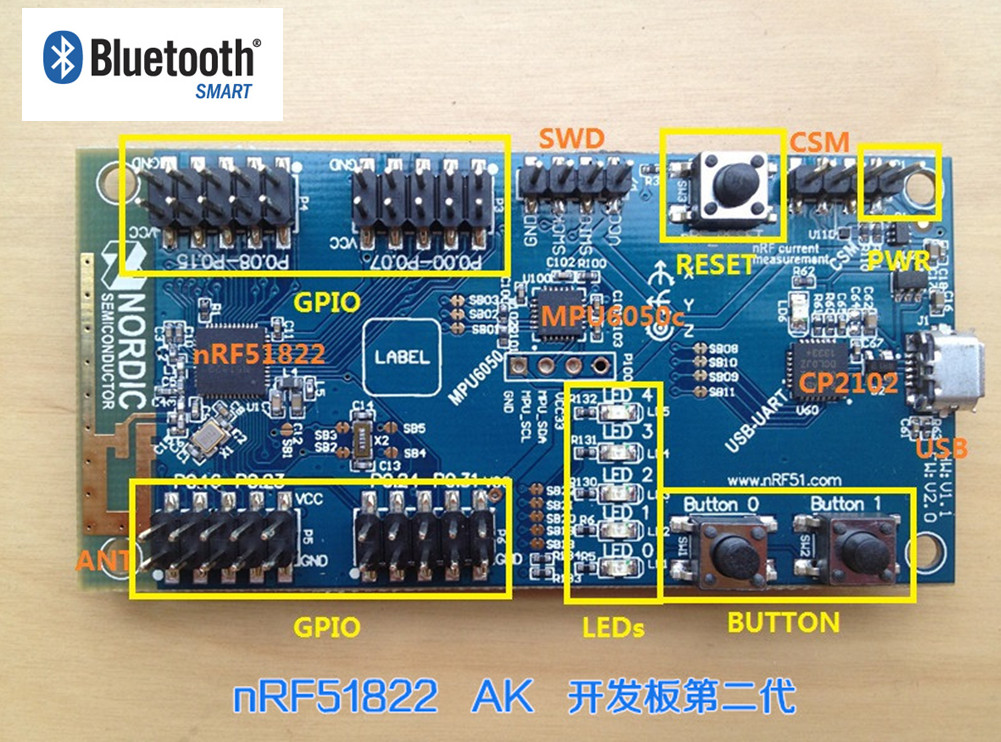 However, I can not find enough support for this BLE board.

It's a pity, since BLE requires massive support, including firmware and APP for iPhone. (Since BLE has not enough support from Android, so Android APK has to be waited....)

If mBed can support, at least we don't have to buy an expensive license from Keil. Most of the applications will be bigger than 32KB allowed in EV version.

Anyone who is interested in this board, I can help out.

Nordic nRF51822
The nRF51822-mKIT is a low cost ARM mbed enabled development board for Bluetooth® Smart designs with the nRF51822 SoC. The kit gives access to all GPIO pins via pin headers …

this BLE board is support.

How? Can you tell me the details?

What BLE support are you looking for? The 51822 SDK and Soft Device are not enough for you?

Could you load the 51822 examples and flash one into this board?

You must be a guru of nordic.

I bought one kit for evaluation, but I found that I should have invested more to evaluate it.

I doubted Keil Lite is not enough, so mbed compiler is preferred.

Since 51822 has no bootloader, I have to flash it with SWD interface. I am trying to load it with CMSIS-DAP + pyOCD. CMSIS-DAP is well supported, but it lacks of programmer client. I know SDK support JLINK, but I have no idea if it support CMSIS-DAP.

BTW: you could not use dongle for iOS App development any more. Simulator's gone after iOS 7. Keil EV is never good enough for a Bluetooth application. That's why we use mbed.