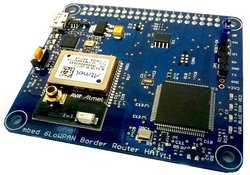 For more information on the mbed Access Point, please see:

The default build of the mbed 6LoWPAN Access Point can be created by combining:

Both of these projects are open source and available from:

When a new HAT is plugged in to your machine, it will not contain valid any firmware, and so will appear as a disk drive called "CRP Disabled".

You can re-program your HAT at any time by plugging it in with the button held down. This will cause it to appear as the "CRP Disabled" drive, at which point you can follow the steps above. 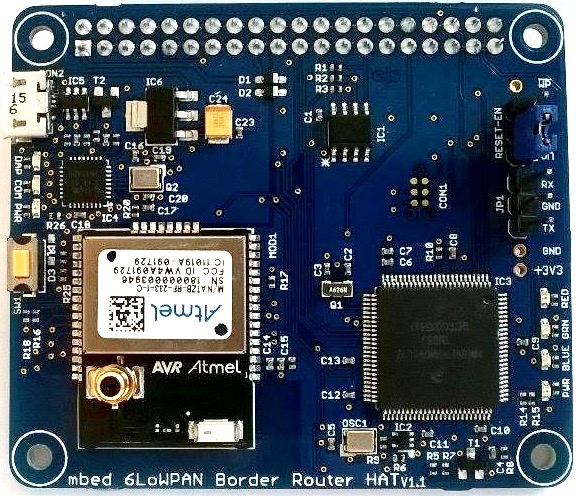 Below is the hardware block diagram of the border router, and its interconnection with the Access Point: 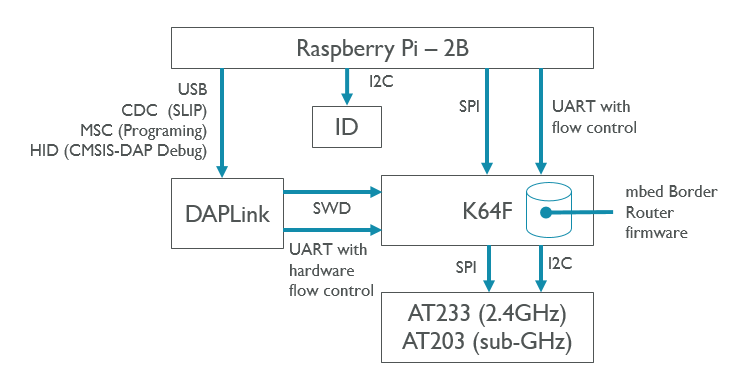 The design files for the mbed 6LoWPAN Border Router HAT can be found in the mbed HDK repository.

1 answer
image will not install