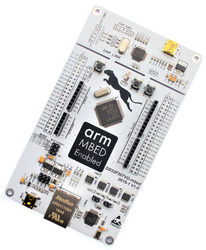 GD32F307VG-mbed development board with GD32F307VG MCU on it, which can support Arduino. The GD32F307VG MCU is 32-bits general-purpose microcontroller which based on the ARM® Cortex™-M4 processor with FPU.

The GD32F307VG-mbed had been designed by GigaDevice. The board used GD32F307VGT6 microcontroller which belongs to the mainstream line of GD32 MCU Family. It is a 32-bits general-purpose microcontroller based on the ARM® Cortex®-M4 RISC core with best cost-performance ratio in terms of enhanced processing capacity, reduced power consumption and peripheral set.

In order to fully use of the ARM® Cortex®-M4 core, GD32F307VGT6 can operate at 120 MHz clock frequency as well as Flash accesses zero wait states to obtain a maximum DMIPS. GD32F307VGT6 can provide up to 1024 KB on-chip Flash memory, 96 KB SRAM memory, lots of peripherals and interfaces. An extensive range of enhanced I/Os and peripherals were connected to MCU’s two APB buses. The GD32F307VG-mbed also include Arduino interface which compatible with Arduino device. 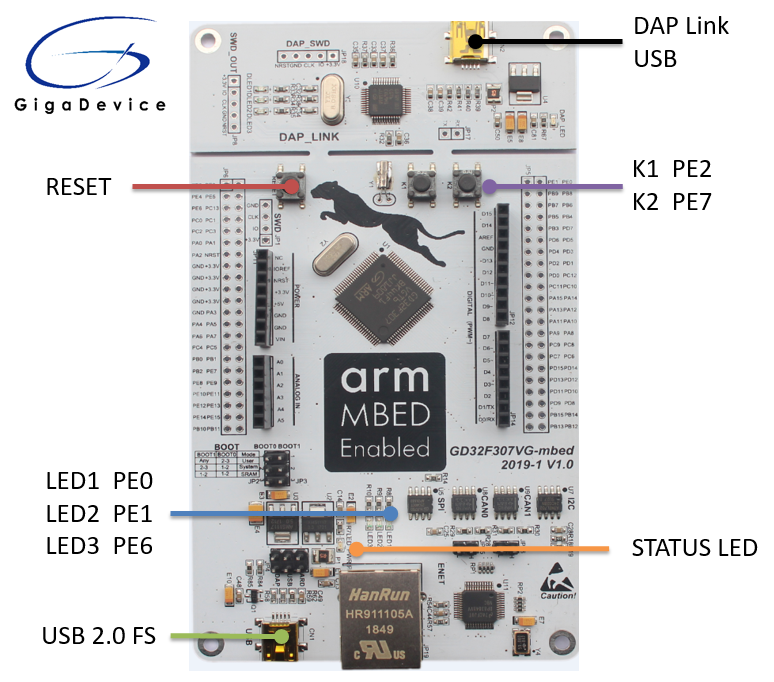 Main Feature Of The Board:¶ 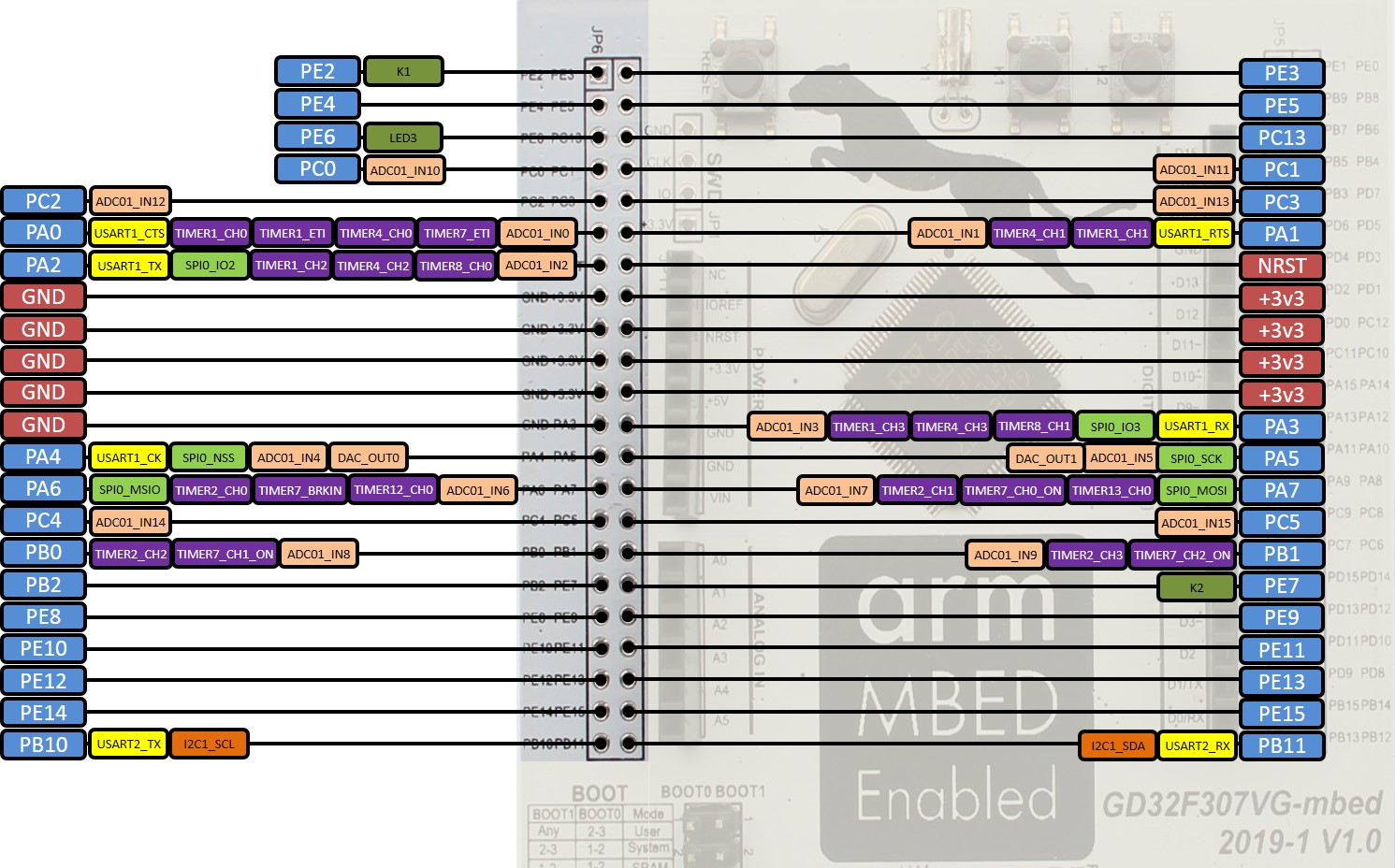 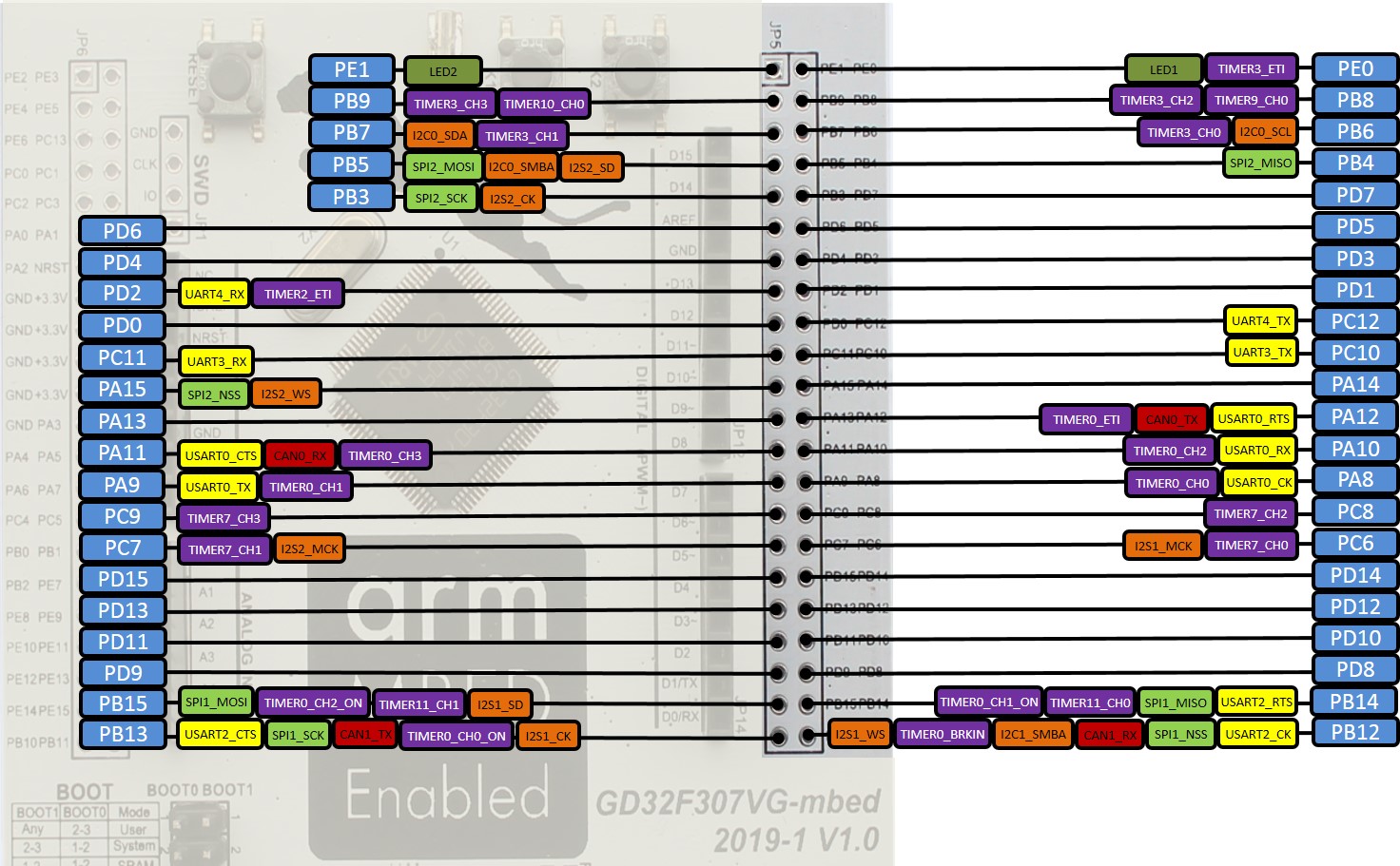 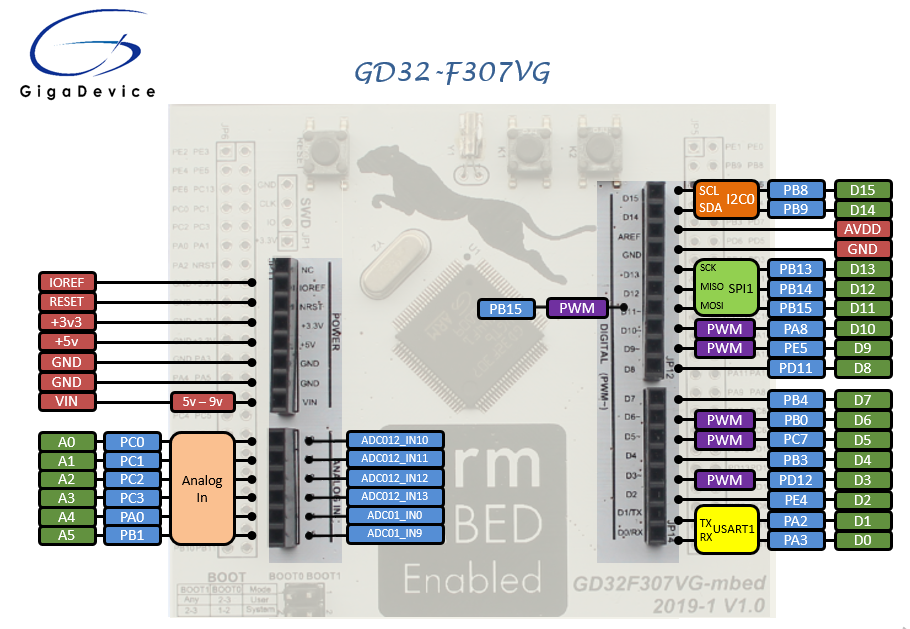 1. Configure the development environment according to the method provided on the ARM website page.

3. Import a program from MBED. Change directory to mbed-os-example-blinky and compile the program.

4. The image is in “.\BUILD\GD32_F307VG\ARM\mbed-os-example-blinky.bin”. Save the program binary file to your mbed Microcontroller DISK(DAPLINK). After the Reset Button is pressed, the LED1 would blink.

5. To debug using a desktop IDE such as Keil uVision, use the “mbed export” command to generate project files. 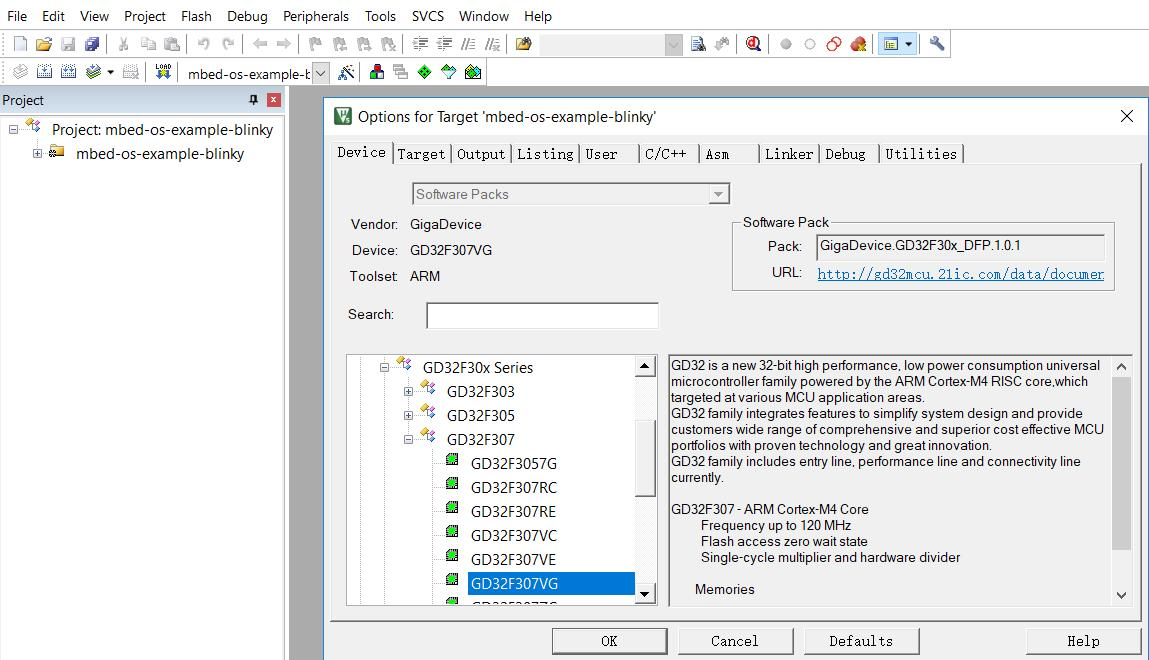 To compile a program for this board using Mbed CLI, use GD32_F307VG as the target name. 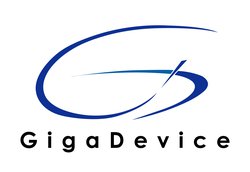 GigaDevice, founded in Silicon Valley in 2005, is a leading fabless company engaged in advanced memory technology and IC solutions. The company has successfully completed the IPO at Shanghai Stock Exchange in 2016. GigaDevice provides a wide range of high performance Flash memory and 32-bit general-purpose MCU products. GigaDevice is among the companies that pioneered SPI NOR Flash memory and is currently ranked number three in the world in this market segment with more than 1 billion units shipped every year.