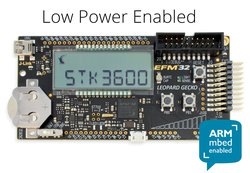 Silicon Labs' EFM32LG-STK3600 is an excellent starting point to get familiar with the EFM32™ Leopard Gecko 32-bit microcontrollers. The starter kit contains sensors and peripherals demonstrating some of the MCU's many capabilities and can serve as a starting point for application development. The Leopard Gecko features an on-board SEGGER J-Link debugger and an Advanced Energy Monitoring system, allowing you to program, debug and perform real-time current profiling of your application without using external tools. 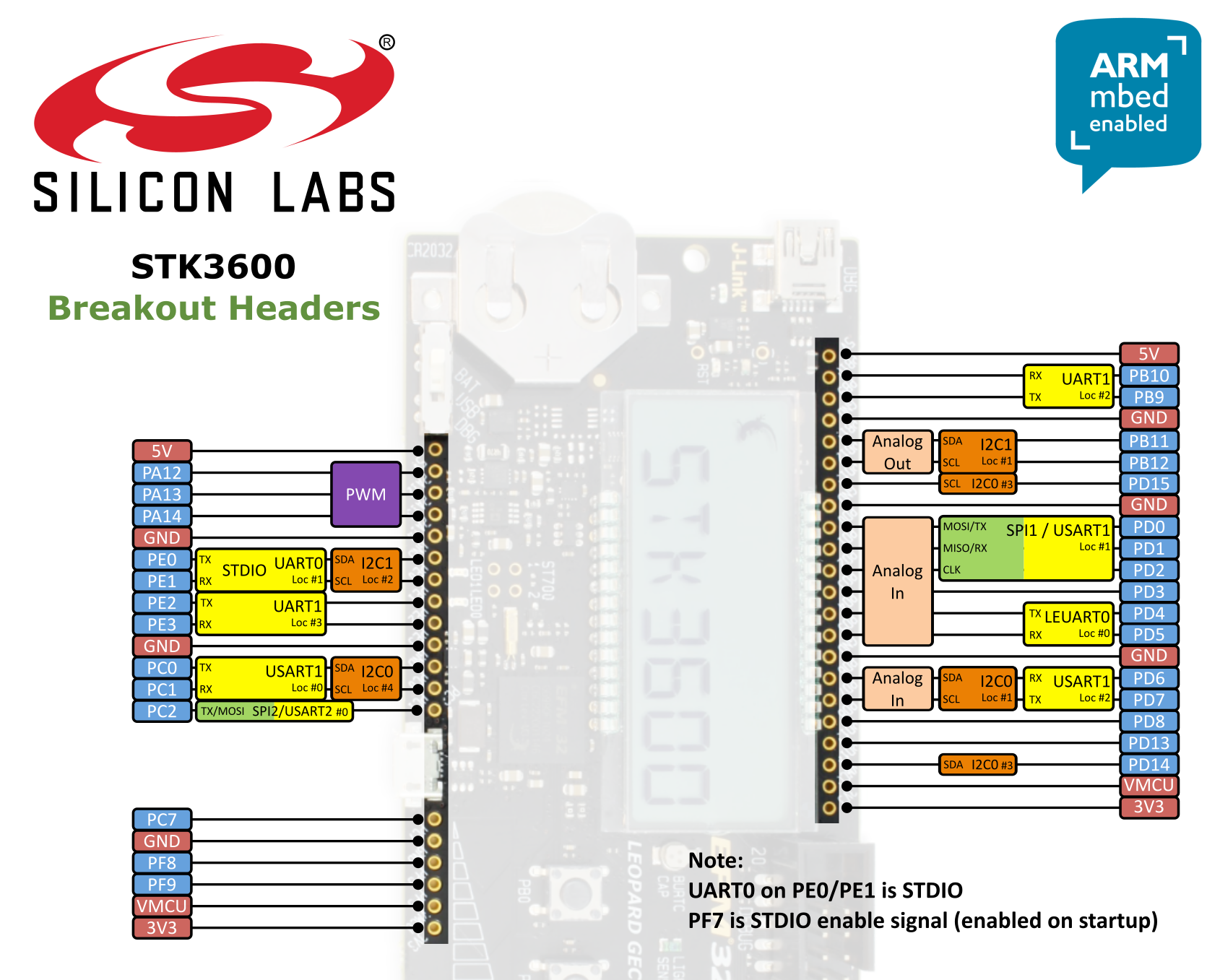 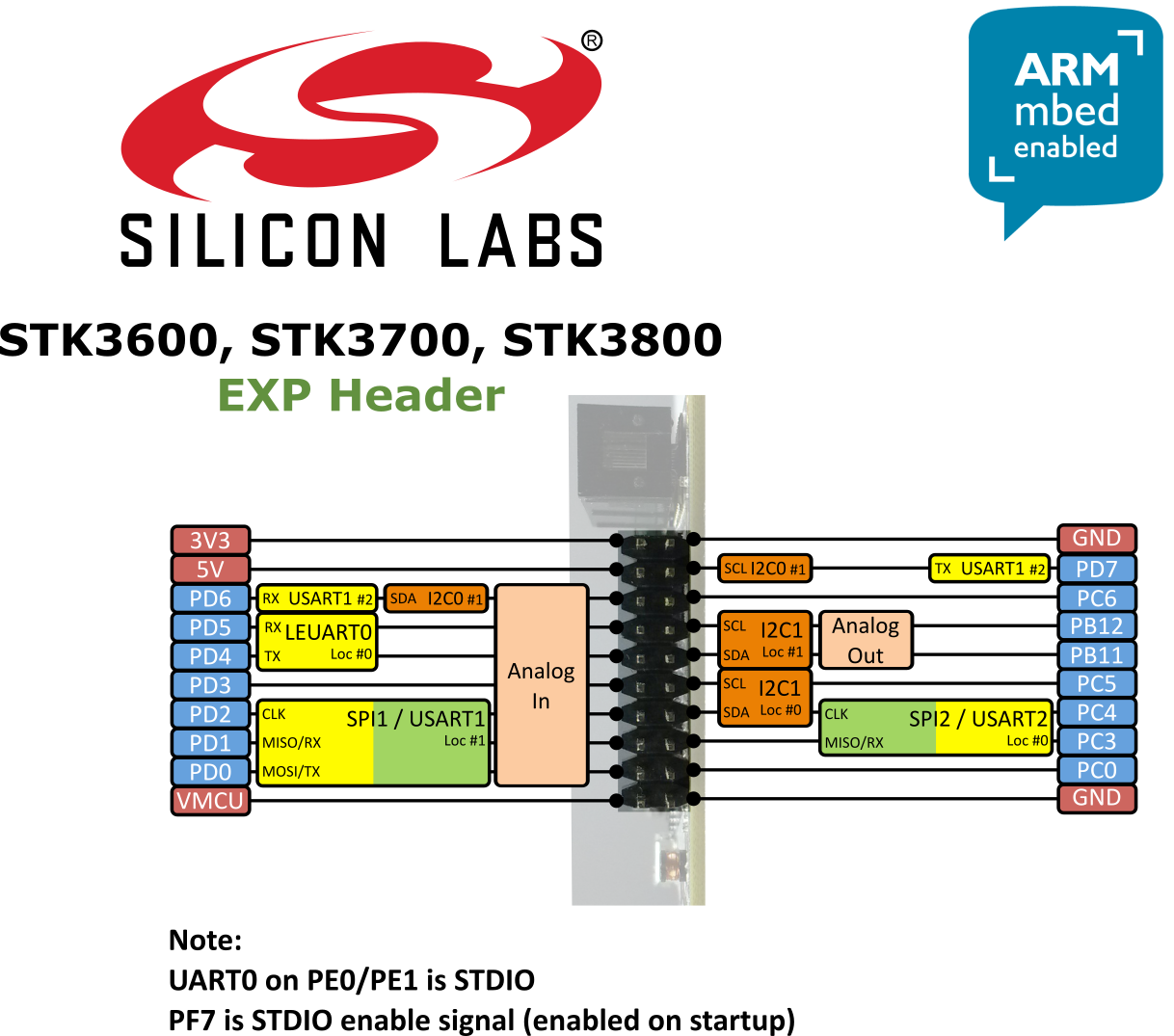 Getting started with ARM mbed and EFM32¶

How to update Firmware in Simplicity Studio

1 answer
Will there be LESENSE mbed support for the Leopard Gecko?

To compile a program for this board using Mbed CLI, use efm32lg_stk3600 as the target name.