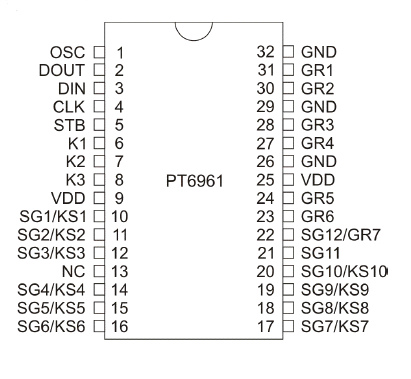 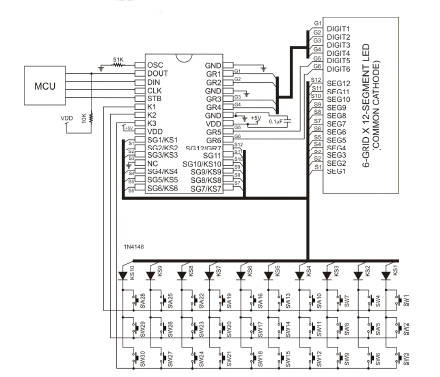 The device has a single pin for Data input (commands, LED segments) and Data output (key status). This pin can be connected to mbed SPI MOSI and MISO using a series/pull-up resistor.

The example code was tested on a salvaged display from a DVD/HDD. The LED seems custommade and the mapping between the LEDs and the controller outputs was reverse engineered.

The PT6961 may be found on ebay. Some LED displays have the device embedded. See here:

Note that the PT6961 is very similar to VFD controllers by the same vendor. See here.