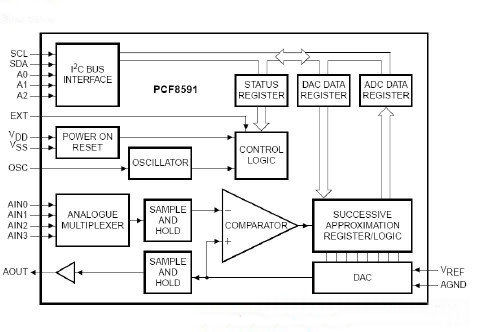 The NXP (Philips) PCF8591 is an I2C 4 Channel, 8bit Analog to Digital converter which also includes a 1 Channel, 8bit Digital to Analog converter in the same package. Upto 8 devices can be connected to the same bus since it supports 8 different I2C slaveaddresses. Each analog input channel can be individually read from, but does not allow write. The analog output channel is write only and can not be read back. The device is a rather old design (early 1980s). However, it is still available and was used on the mbed LPC812 MAX board. 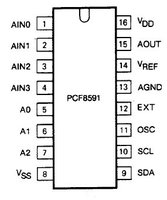