The MMA8452Q is a low-power, three-axis, capacitive MEMS accelerometer with 8 or 12 bits of resolution. The surface mount chip is located on a break out board with inputs to ground, power, I2C, and two external interrupts pins.

The main.cpp program below demonstrates a simple way to interface with the MMA8452 accelerometer. The function reads in the acceleration data in the X, Y, and Z directions and displays them through a serial com port on a PC. The Putty Output figure below shows the output of the accelerometer using Putty. The program also dims or brightens the mbed LEDs 1-3 based on whether or not they are at 'level'( 0 Gs) or above respectively. The video below previews the code in action.

Library for driving the MMA8452 accelerometer over I2C

MMA8452Q attached to mbed on a breadboard. 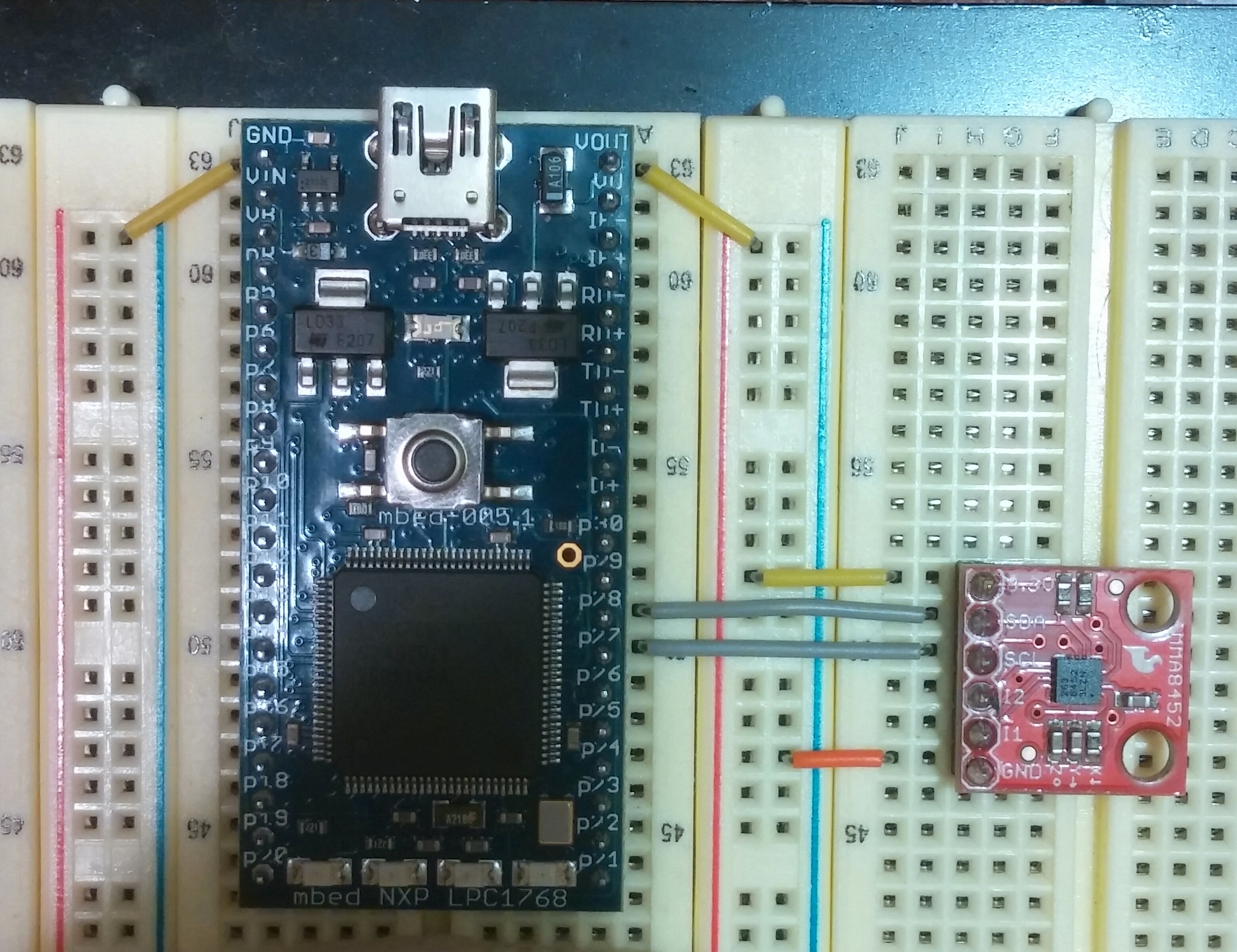 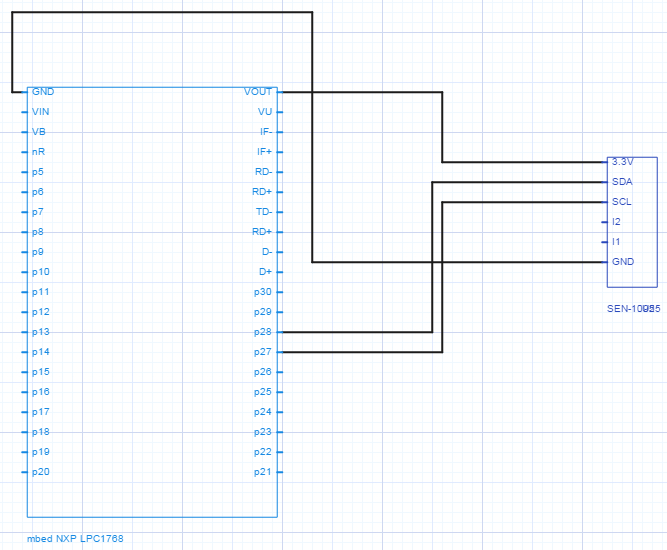 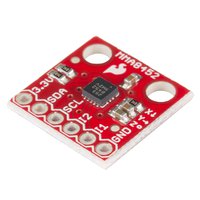