The MAX77650/MAX77651 integrates several common features which are used in wearable applications and activity trackers; This helps optimize size and power efficiency for your product. Both chips include a SIMO (Single-Inductor Multiple-Output) buck-boost regulator that provides three independently programmable power rails from a single inductor. A 150mA LDO provides ripple rejection for audio and other noise-sensitive applications. Another feature of these devices is that they have a highly configurable linear charger which supports a wide range of Lithium Ion (Li+) battery capacities and there is battery temperature monitoring for safety (JEITA).

The PMIC includes other features such as current sinks for driving LED indicators and an analog multiplexer that switches several internal voltage and current signals to an external node for monitoring with an external ADC. A bidirectional I2C interface allows for configuring and checking the status of the devices. An internal on/off controller provides a controlled startup sequence for the regulators and provides supervisory functionality when the devices are on. Numerous factory programmable options allow the device to be tailored for many applications, enabling faster time to market.

Example for onboard MAX77650 PMIC driver and MAX32620FTHR platform driver 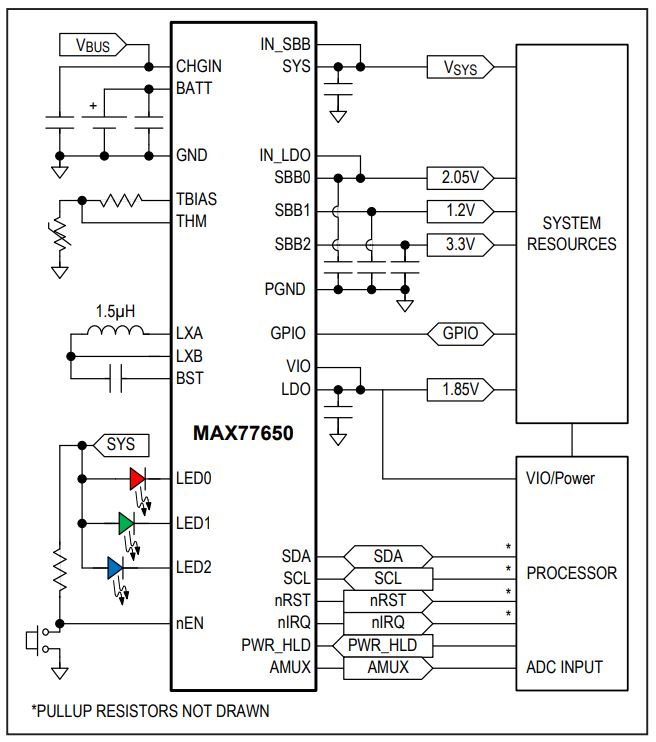 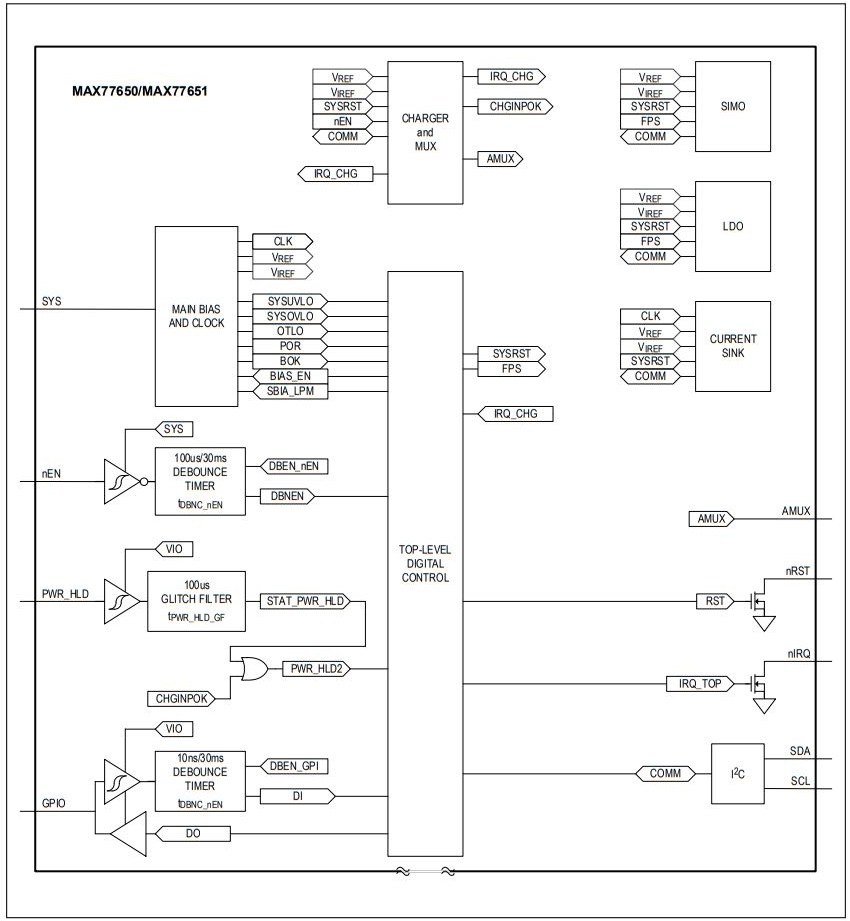 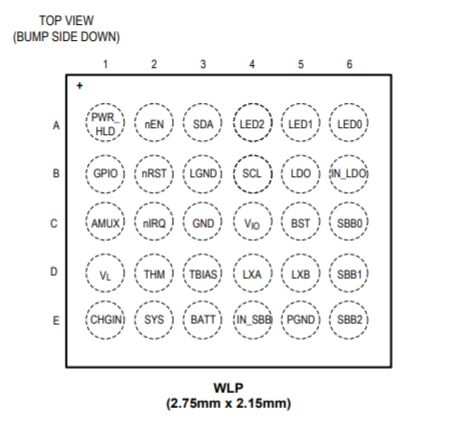