The LM75B is an I2C digital temperature sensor that is available in various packages. It has a range of -55°C to +125°C, with a 0.125°C resolution. It also features a configurable OS pin that can be used as an interrupt or comparator.

A simple serial test program for the LM75B library.

A feature complete driver for the LM75B temperature sensor from NXP. 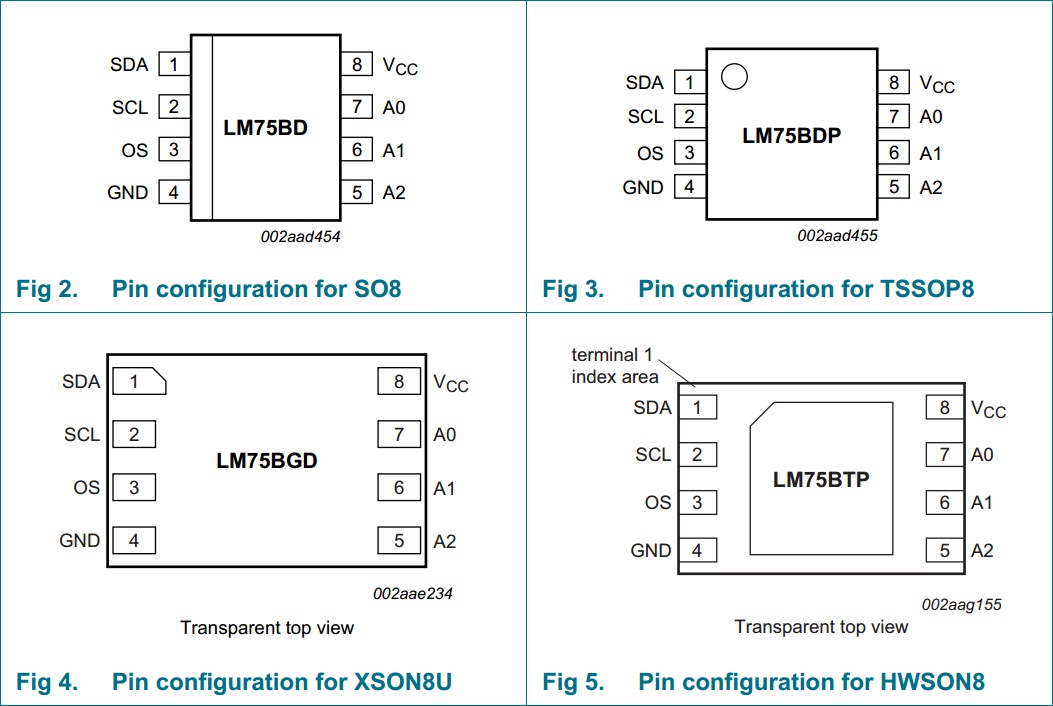 Up to eight LM75B temperature sensors can be present on the same I2C bus, provided they each have a distinct I2C address. The I2C address is determined by connecting the three address pins to Vcc or Gnd. The OS pin is a configurable output which may be used as a comparator, or an interrupt source. If configured as a comparator, the LM75B can function as a stand alone thermostat (e.g. to control a fan automatically). If configured as an interrupt, the LM75B can notify the mbed when a temperature event occurs using an InterruptIn pin.

Featured on the mbed application board 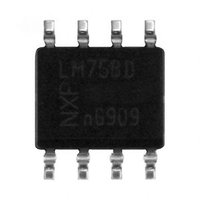