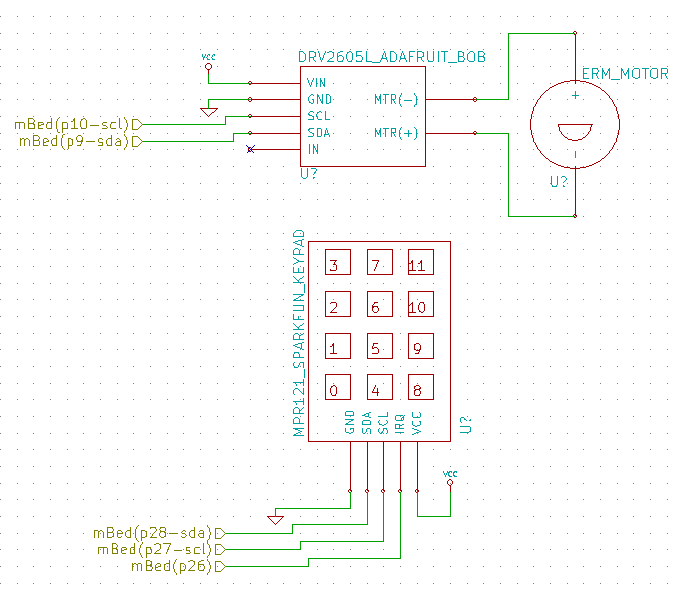 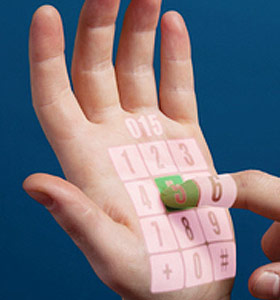 There is no doubt, by now, that we have all felt the vibratory sensation through our finger tips as we tap away at our smartphone writing a text message to our friends about the unbound excitement in Dr. Hamblen's Embedded Systems Design class. With each tap a slight, yet eloquent, vibration kisses our finger tip... and for the briefest of moments in time, an ethereal sensation of times long ago. A time when, the all but extinct, tactile switch gave us the pleasing sensation of a click, much like the clicking of a Snapple bottle cap in the back of our parents car as we drove for miles and miles.

Haptics is a form of user interface feedback in hardware applications. More specifically haptics leverages the human sense of touch. Haptics is an emerging field that uses tactile feedback through vibrations to communicate with the user.

Haptics can be found in many application. Any application in which a user is touching a device could possibly implement haptics. Just a couple examples that currently exist are:

Haptics implements precise waveforms to control vibratory actuators to create unique tactile vibration feedback. By creating precise waveforms different effects, such as a 'click', 'buzz', or complex effect, can be created to indicate to the user different information.

The three common actuators used in haptics applications are listed below. Each actuator has its own benefits.

Unlike simple vibrations, to create complex haptic feedback an actuator must be precisely controlled. Further waveforms must be created for different effects and played back on the actuator accurately. Many factors must be considered in the operation of the actuator as well as waveform development. Waveforms can be fairly complex, and have long playback times (hundreds of milliseconds for some!). Actuators are mechanical devices and must have circuitry able to drive it. Microcontrollers are often unable to drive such a load directly, and thus require supporting circuitry. Given the processor time required and circuitry needed it is often best to use an IC driver specifically designed for haptic devices.

The Texas Instruments DRV2605/L offers a complete solution to haptics ERM and LRA control and waveform playback. It offers open-loop and closed-loop control methods to optimize start-up and braking. I2C is used for communication between the DRV2605 and host processor. The user can create waveforms by streaming I2C data. The DRV2605 also has methods for analog and PWM inputs.

If that all wasn't enough the DRV2605 offers an Audio-to-Vibe mode that transforms audio into a tactile experience for the user.

Given the great depth of options this small chip offers, only the open-loop ERM TouchSense Library mode will be discussed. The top portion of the schematic (the DRV2605 and ERM motor) shows the basic setup for the device. The "IN" pin is left as a "no connect" as the library uses only I2C interface for control. The bottom portion of the schematic shows the Sparkfun MPR121 Breakout board that is utilized for user input in the DRV2605 library demo.

The Library supports basic Open-Loop ERM Immersion TouchSense 2200 software/library operation. User should run the init() function prior to using other methods. After successful calibration user can make calls to play_waveform() to play a single Immersion TouchSense 2200 library waveforms. To play a sequence of waveforms user can use the load_waveform_sequence() to load desired sequence of waveforms and then call the play() method to start sequence playback. If the user has issues getting the ERM motor to run, use the diagnostics() method to perform device/actuator diagnostics. The return value is the diagnostics results from the DRV2605 STATUS Register (0x00). The register will indicate a lot of useful information for debugging. Refer to device datasheet STATUS Register (0x00) description for the meaning of the returned results.

The starting Member Function Line Up

This section takes a quick glance of the main member functions of the DRV2605 class that will be used be the user in an application.

The Demo Program utilizes the Sparkfun MPR121 Keypad Breakout Board and the Adafruit DRV2605L Breakout Board. The keypad provides user interface with haptics. All keys, except '4' and '8', are valid inputs. Each key press plays a single waveform. Each key cycles through about 10 waveforms, key '11' has about 12 or 13. This setup allows the user to experience all the waveforms in the Immersion library.

The demo starts by performing auto-calibration and diagnostics and printing the results of the STATUS Register (DRV2605 0x00) to a USB virtual com port (not shown in the video). It then loads the DRV2605 Sequence Registers (0x04 to 0x0B) with eight unique wavefroms from the Immersion TouchSense 2200 effects library located in ROM on the DRV2605. After playback of the sequence, a new sequence is loaded and played two seconds later. After completion of the second sequence the program waits for user input via the touch keypad.The video shows the playback of a single Immersion waveform effect for each key press. Different keys play a different effect, and each key also cycles through a given set of waveforms allowing the user to play all effects in the Immersion library.

Where to Buy Stuff 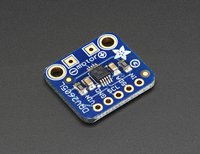