Mbed Poker is a Texas Hold'em poker game implemented on two Mbed LPC1768's. Each Mbed has two Nokia LCD Display's and two mpr121 capacitive touch sensor's. The main code for Texas Hold'em is modular and will allow for more players and mbeds if connected together. In our project we used serial to connect our two mbeds but other methods are possible with small changes to functions in the code. Each player has a Nokia LCD screen and a keypad to enter the amount to bet/call/fold/check etc. Up to 2 players can be supported on each Mbed. The number of players is limited by the number of I2C buses for the keypads. The primary Mbed has a third LCD that is used as the dealer LCD screen.

Each player's screen displays the current wallet amount and the 2 cards that belong to the player. They are in the format 'face' 'suit'. Eg: If the display shows 10 H followed by K D, the player has a 10 of Hearts and a King of Diamonds. The characters on the display screens are also color coded so that the cards belonging to the hearts/diamonds suit are in red and those belonging to spade/club are shown in black. The dealer's screen displays the current pot amount, the current player and a list of the common cards. This screen gets updated continuously as the game progresses. All of the screens are reset when a new round begins or when the game is restarted.

The code for this game is available in two main files which will be described later.

The only difference between the connections in primary and secondary mbed is the primary has the extra LCD used for the dealer screen. The Keypad SDA and SCL pins need to have a pull-up resistor a 4.7k worked fine for us. The two mbeds are connected using serial pins. An external power supply is required for both the Mbeds to power the screens on each Mbed.

The two mbeds are connected together using a serial connection.

The basic APIs for the Nokia LCD screens and MPR121 keypads used to develop the code for this project can be found at:

The primary Mbed takes the number of players, starting amount of each player and blinds as the input from Keypad of player 1. The game then progresses and the winner is determined for each hand. The winner's amount gets updated as required. 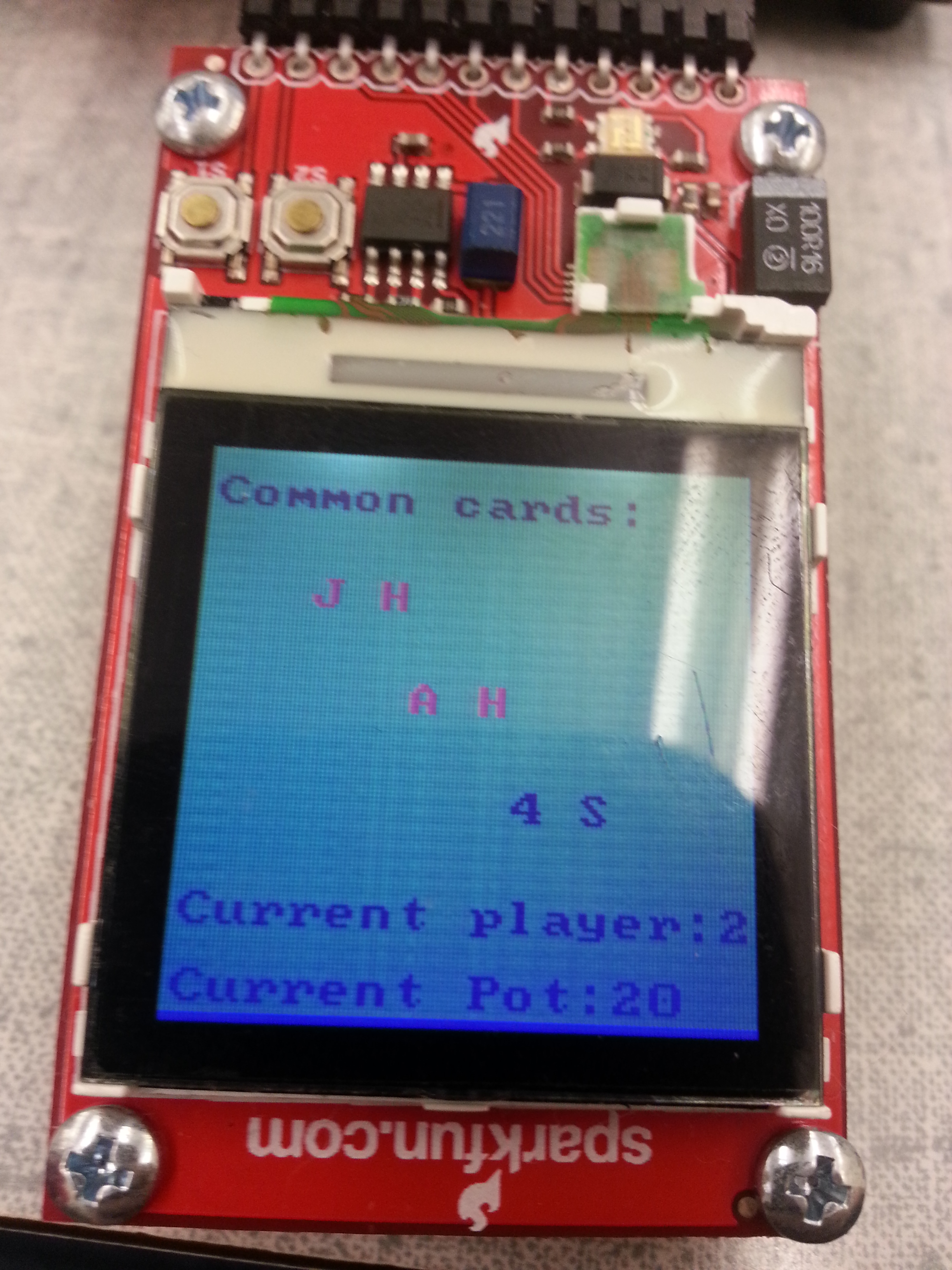 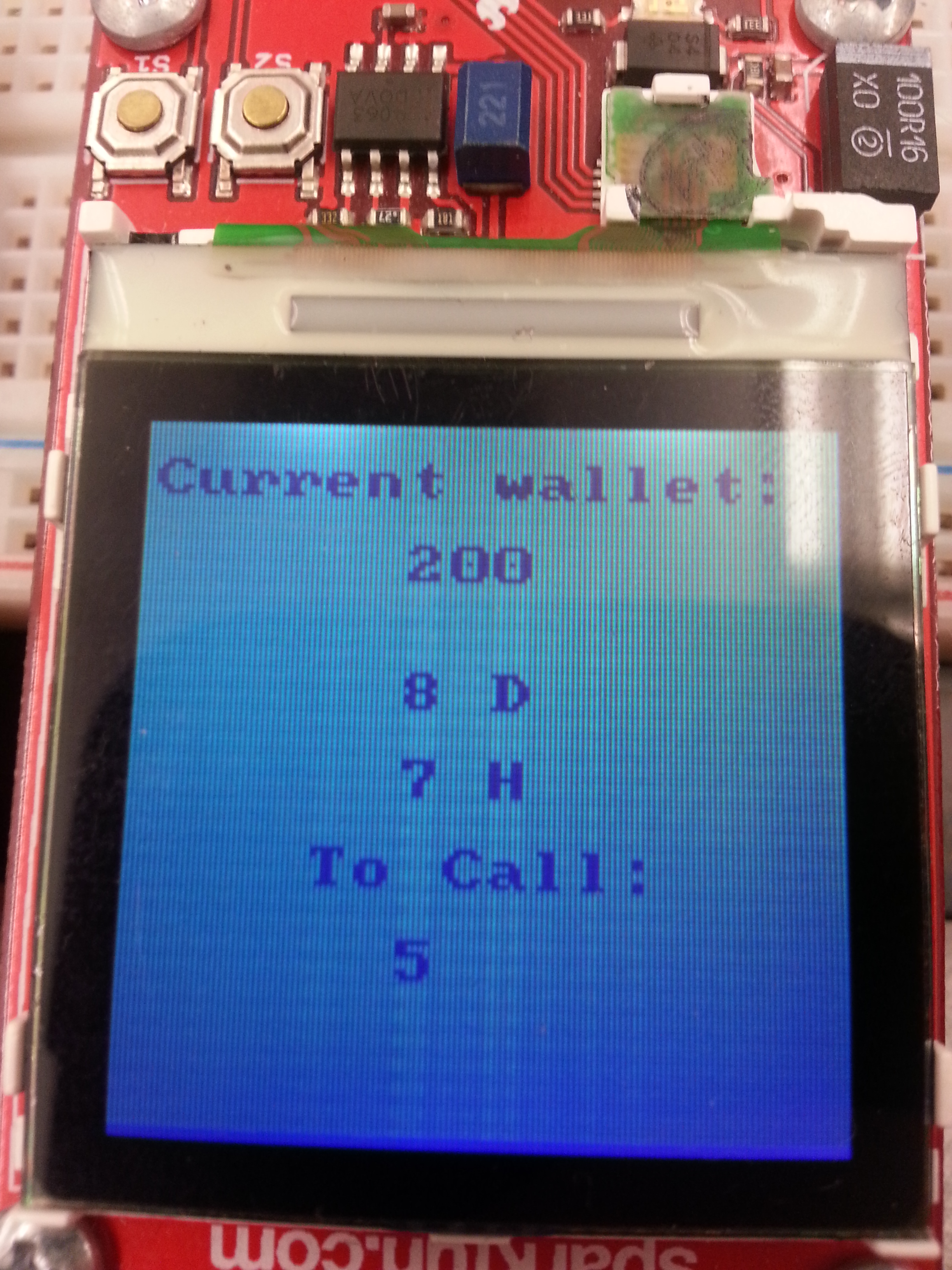 Mbed Poker is a Texas Hold'em poker game implemented on two Mbed LPC1768's. Upto 4 players can play the game on 2 Mbeds. More players can be added with addition of more Mbeds.