The idea behind the creation of the Speed Limiting Vehicular Manipulation (SLVM) project was to create a device that could limit the maximum speed on a car based on the posted speed limit on roads. Due to monetary and time constraints a hobby car is being used to simulated the vehicle, and various sensors are used to send information to control the motors. RFID tags are used to control the speed and direction of the robot.

Initially, the robot would have an IMU sensor to indicate the current speed and compare it to the speed limit set by scattered RFID tags to automatically adjust its maximum speed regardless of controller input. Time constraints have limited the project to the scope of using RFID tags to control the speed itself.

Below is the circuit attached the Traxster robot. The mbed on the left reads in the RFID information from generated interrupts and sends out the ID along digital outs to the other mbed. This determines the direction and speed in a switch statement.

Communication to the Traxster robot is done over a serial port, sending commands such as "mogo 1:60 2:60" to set it to move forward at max speed. The speed value is exponential, and so values 45+ won't show much change. 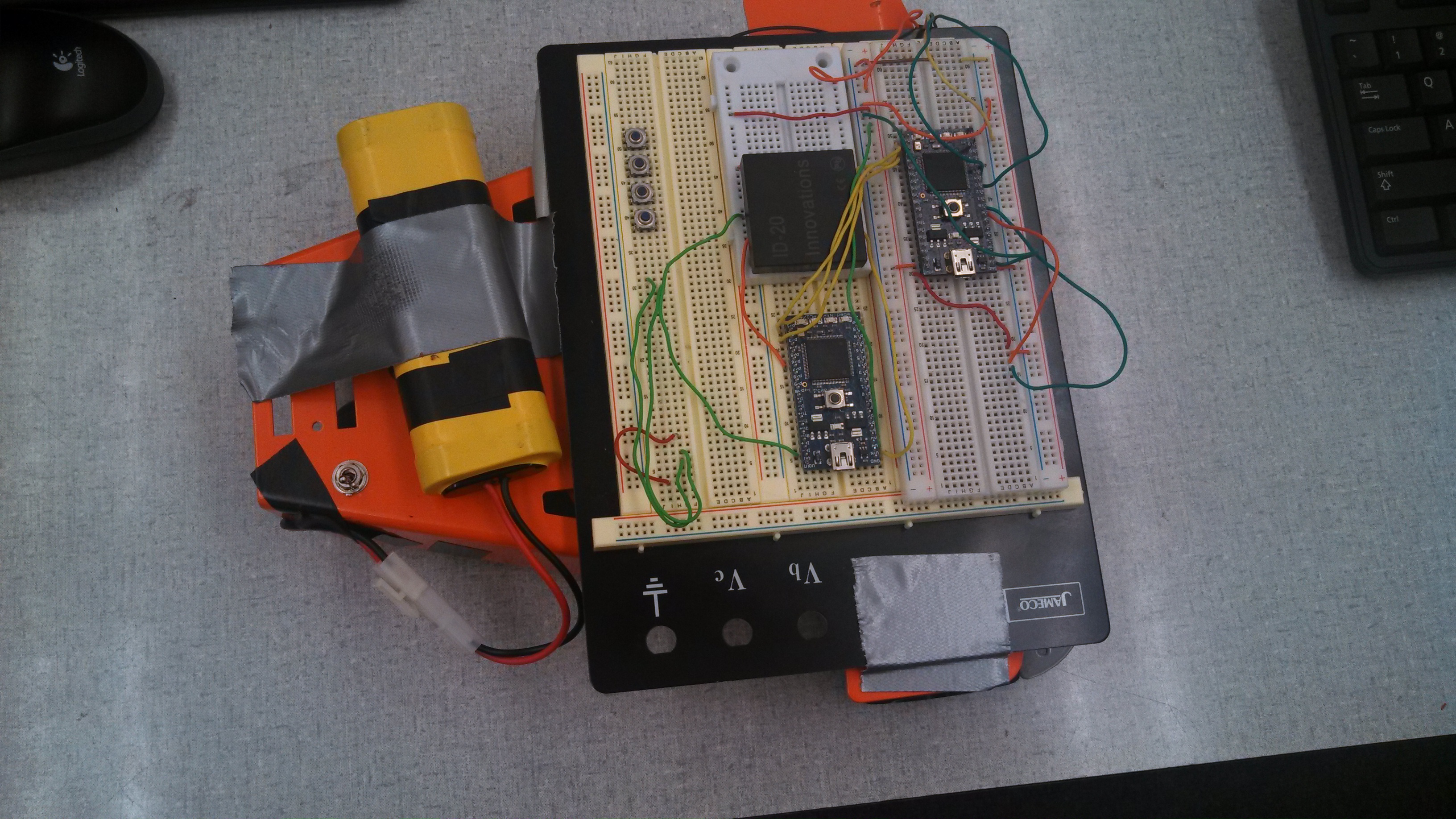 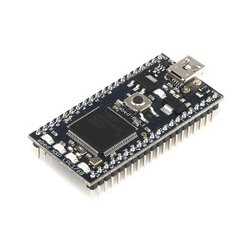 Seen in this demo are the use of three RFID tags. These tags control the maximum speed of the robot, with one completely stopping it (max speed of 0).

Future goals of this would be to have a speed modifier on a variable input from the joysticks, rather than setting the speed directly.

The following code is set up for two mbeds to talk to each other over a digital signal, however they can be combined by using a serial port on the first mbed for the RFID reader.

An example of the real world application is shown here: https://www.youtube.com/watch?v=7quu551ehc0

Credit for this project goes to:

Project to control a robot with automatic speed limits.