Connecting to the Wiimote was achieved through BlueUSB. It detects the attached bluetooth dongle and starts probing for connections. Once the link has been established with the Wiimote, it locks itself in a loop to read 3-axis data as well as the various buttons. This persists until reset or battery death.

We used positional data to determine the direction of the top face or the front nose of the Wiimote. These were divided into regions to determine states and were otherwise set to default. Below the states are shown. From top left to bottom right: Down, Up, Left, Right. The LEDs build into the mbed are also associated with one state each for clarity purposes. 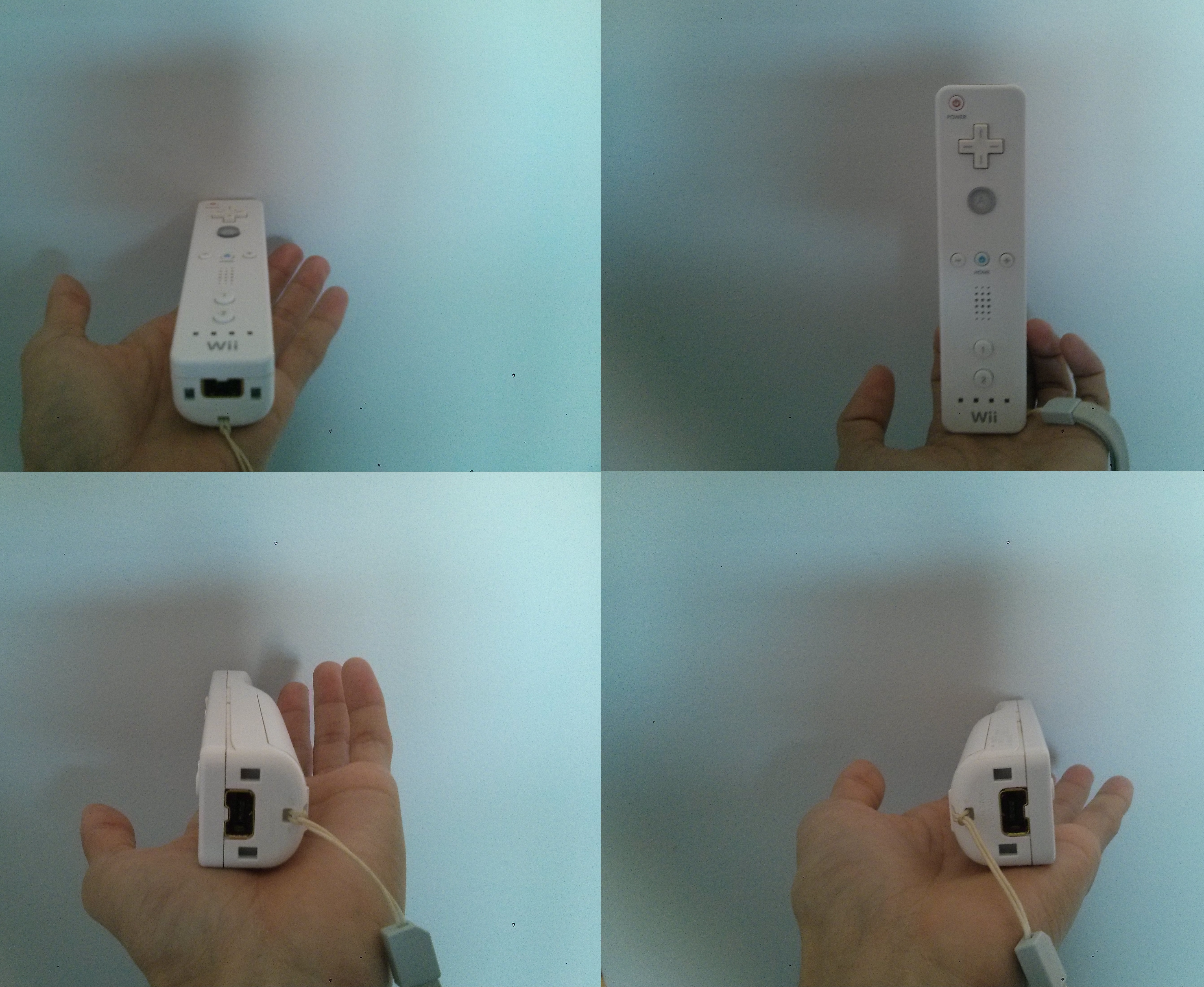 Here are the currently implemented effects.

Adds a time delayed version of the audio stream to itself. The time delay varies sinusoidally with a tunable frequency and amplitude.

Hold/swing Wiimote 90 degrees up, Press B

Adds two time delayed versions of the audio stream to itself. The weights for each stream are tunable and are normalized to one.

Crates a scratchy sound by reducing the quality of the audio stream by converting all 16 bit audio samples into 8 bit samples.

We started from Peter Barrett's BlueUSB library for the bluetooth interface and from Steve Ravet's waveplayer library. We have also used SDFileSystem.

Here is our work :

Great work. Have you a simple example to manage Wii with mbed. I'm looking for code to send wii activity by serial link. thank Philippe