This setup allows you to allocate the pins of an mbed for a specified interface without having to recompile the code. It uses a PS/2 Keyboard as an input device and an LCD as an output device. It can take commands and interpret them according to predefined rules in order to assign/reassign different pins for different interfaces. 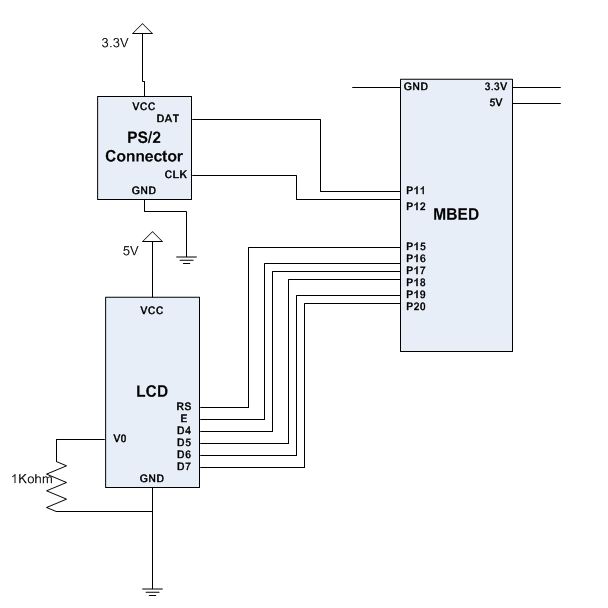 This command line interface lets users specify the functionality of
pins on the fly by typing commands.

a command line interface that can dynamically assign pins

Typed command strings are decoded and executed with the following syntax

Currently the Serial Interface is not working
create: SERIAL C Pxx
(Pxx can be either one of the supported pins in the supported pair,
but you must now use the same pin)
getc: SERIAL G Pxx
putc: SERIAL P Pxx [char to write]
baud: SERIAL B Pxx [baud rate]

This project uses a text lcd and a PS/2 Keyboard to assign pins to different interfaces.