The SD interface test was carried out on 13 January 2011 and was the second test conducted towards integrating the datalogger hardware. The SD card is intended as the primary data storage media for the datalogger.

The code used is shown below. This is the simplest test case for the SD interface using the SDFileSystem library. The TextLCD library was also used for debug output.

Allow SD Cards to be accessed as a standard filesystem

The SD card socket and connections are built into the CoolComponents Workshop Development board (link). I used version 2 of the board, but there is no difference with regard to the SD interface. 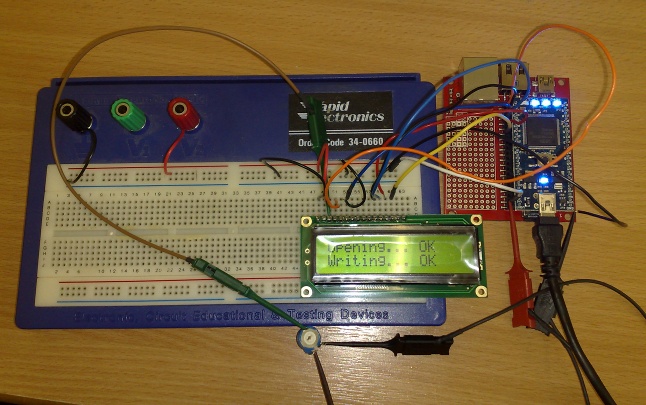 The result of a successful run: 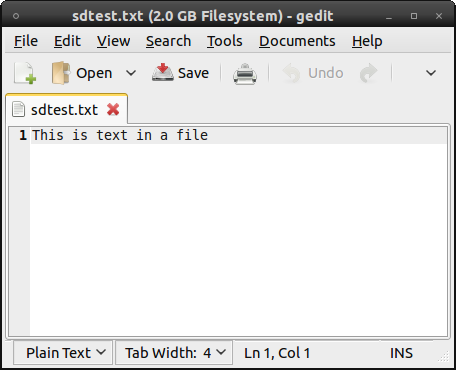