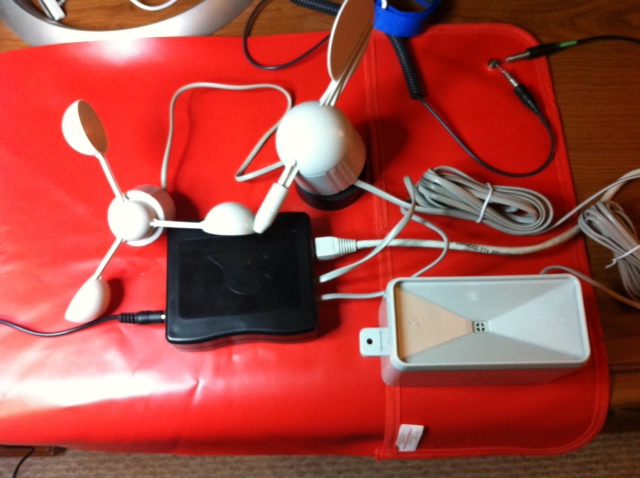 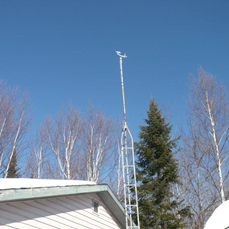 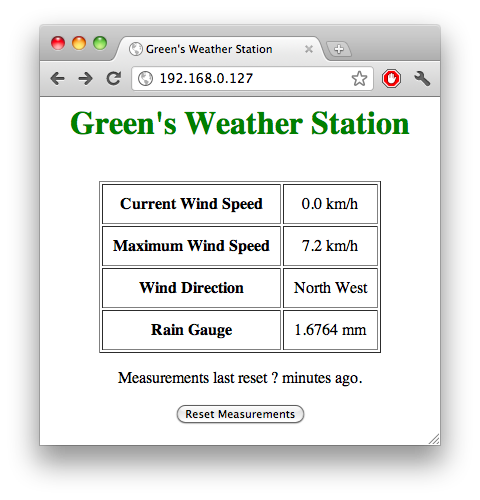 A few years ago, my father and I built an anemometer (wind speed meter) to be placed at my parent's home. I built up the electronics and wrote some firmware for a LPC2148 microcontroller to display the current wind speed on a small LCD display. We had always talked about updating the design to include a larger display and include the ability to log historical wind speed data but it never came to fruition. That particular device stopped working a few months ago so I thought this was a good time to completely replace it with a new design. Since I have been using the mbed device quite a bit over the last year, it was my first choice in microcontrollers for this new design. I knew that the libraries available on the mbed site would make it easy for me to interface with an ethernet network and SD card. I also decided to upgrade the actual sensors to this weather meter set available from Sparkfun. This new design would have no display at all. Instead it would just be connected to the LAN in my parent's home so that any web browser could connect to the new weather station device and be presented with a webpage showing the sensors' latest readings.

The design I present here doesn't have all of the features that I had wanted to get into the weather station but it does have all of the electronics laid out so that everything I currently have in mind will be easily achievable with firmware updates only. The current firmware is able to present a basic web page containing the current sensor readings. This weather station device contains an ethernet jack so that it can be connected to a network, two RJ11 jacks to which the weather sensors (anemometer, wind vane, and rain gauge) can be connected, and a microSD card slot for retrieval of HTML pages and storage of historical weather sensor data. I placed all of these components into a Sparkfun project case to make the electronics as self-contained and neat as possible. The ethernet port is actually connected to a TRENDnet Wireless N Gaming Adapter TEW-647GA so that it can be bridged onto an existing 802.11n WiFi network. 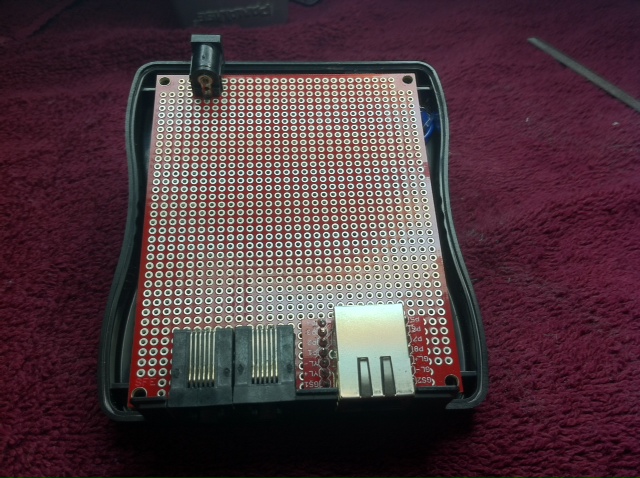 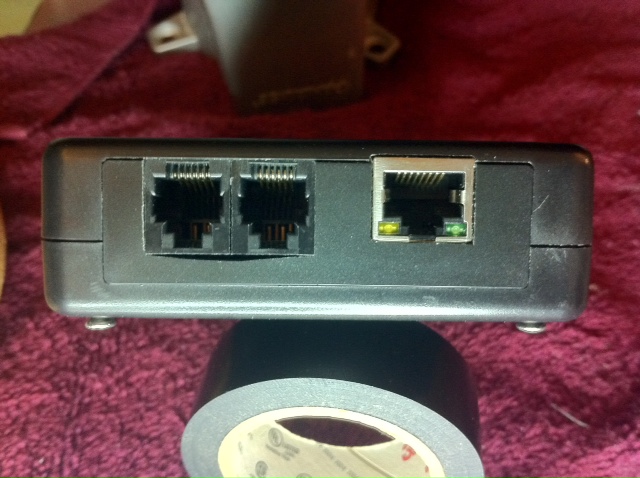 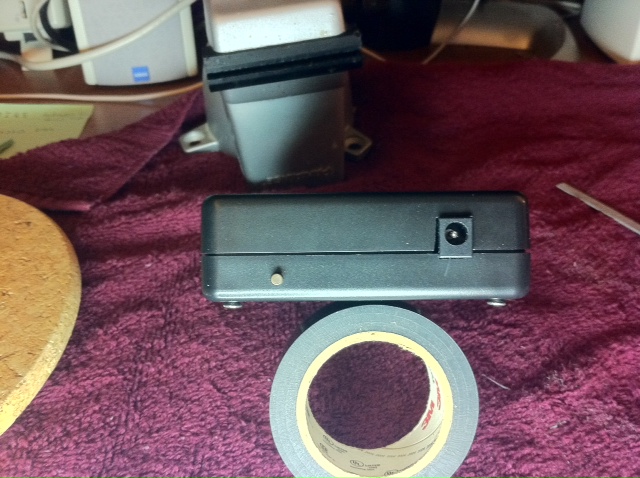 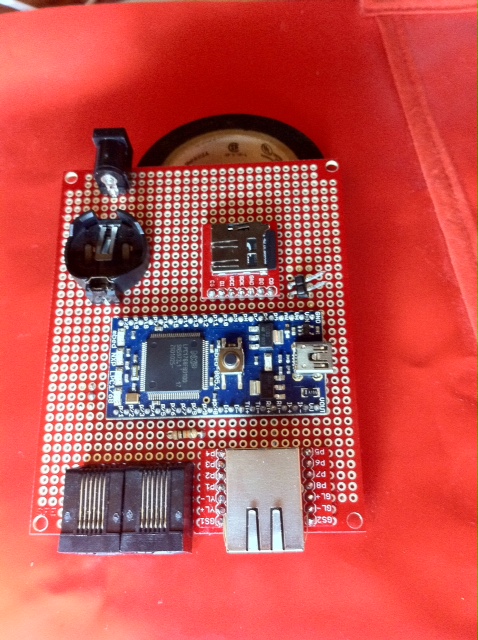 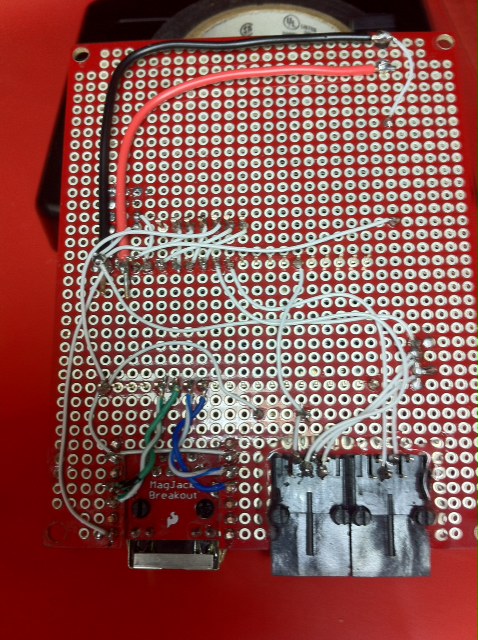