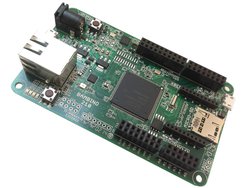 The Micromint Bambino 210E is a multi-core SBC designed for compatibility with the mbed framework. It is powered by an NXP LPC4330, the first dual-core ARM Cortex-M microcontroller. Its Cortex-M4 and Cortex-M0 cores are both capable of concurrent 204 MHz operation. With 264 KB SRAM onboard and 4 MB of flash, developers can fulfill demanding requirements in monitoring, instrumentation, data acquisition, process control and many other applications. Two USB device ports serve both as power sources and for data communications or debugging. I/O starts with two buttons and four LEDs and can be extended using Arduino compatible shields. Extended I/O headers are available for interfacing additional I/O modules. 100 megabit Ethernet is onboard, as well as microSD and Xbee sockets. Hardware and software licensing is open source, giving developers the freedom to adapt the Micromint Bambino to their specific requirements.

The mbed HDK includes an NXP LPC11U35 microcontroller with the mbed CMSIS-DAP firmware for better integration with mbed tools. It implements the following features:

Besides the built-in ports, boards can be ordered with an optional JTAG interface. A coin cell battery for the RTC, screw terminals for power and two PMOD interfaces can be easily implemented in the field by soldering components.

The Bambino 210E is available for under $42 in single quantities. Volume pricing and custom configurations are available by contacting our Sales staff at sales@micromint.com. 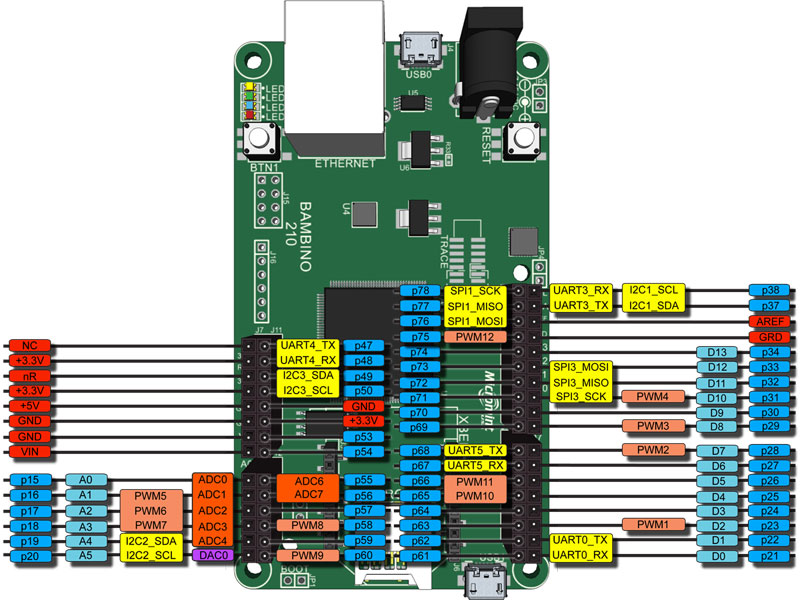 Development team for mbed projects at Micromint USA, including the Micromint Bambino SBCs.