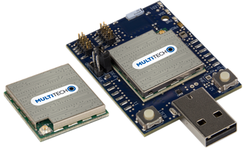 xDots bring intelligence, reduced complexity and a lower overall bill of material cost to the very edge of the network while supporting a variety of electronic interfaces to connect just about any “Thing” for years on battery power.

xDots can be purchased as standalone modules for design-in or mounted on the xDot-DK developer board.

The mbed serial driver must be installed on windows PCs before the USB debug serial port from the xDot can be used.

It is possible to develop offline for the xDot using mbed-cli and the Eclipse IDE. See our wiki page for more information.

This platform exclusively supports mbed OS version 5. It is compatible with the mbed-os library available to import from https://github.com/armmbed/mbed-os. The use of the mbed 2 SDK "classic" library will result in an error. Most of the APIs are compatible between mbed versions, but please remember to use the right mbed library (mbed-os). 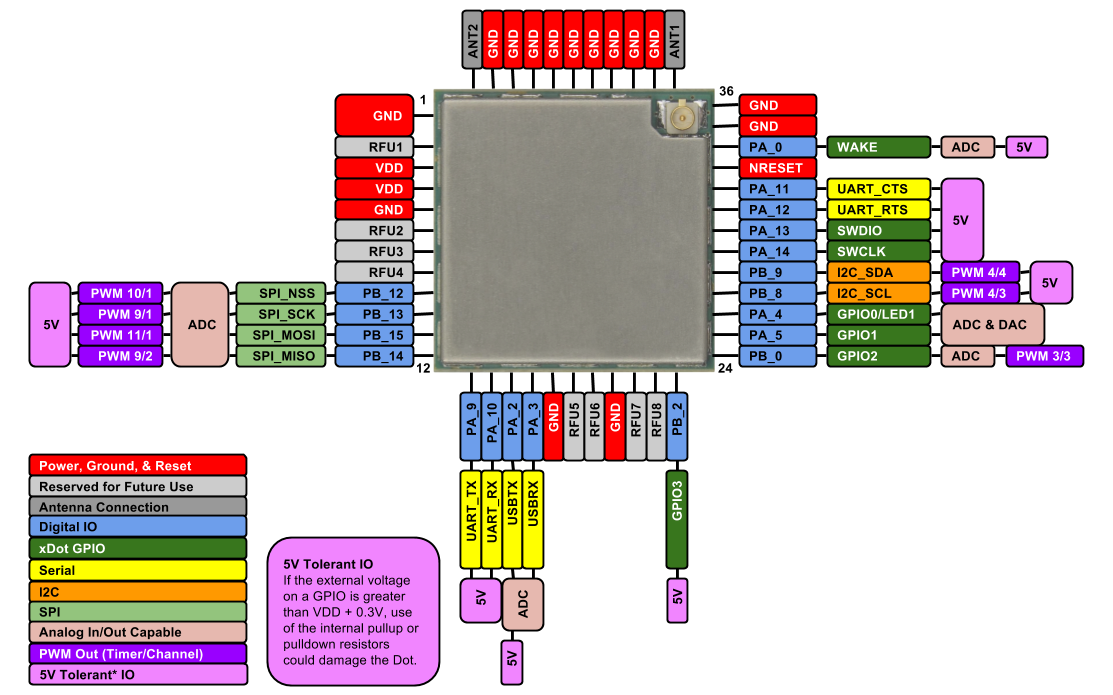 The pinout diagram above shows the commonly used interfaces and their locations. In addition to their stated functions, all GPIO pins (PA_*, PB_*) can also be used as DigitalIn and DigitalOut interfaces.

Pin numbers 1, 6, 7, 8, and 13 are internally used as interrupts from the LoRa radio and may not be configured as external interrupts. Doing so will break the LoRa functionality of the xDot and cause undefined behavior.

For more information see the notes below section 6.3.1 of the STM32L151CC Data Sheet.

The table on the right maps xDot-DK pin names to xDot pin names where they differ. 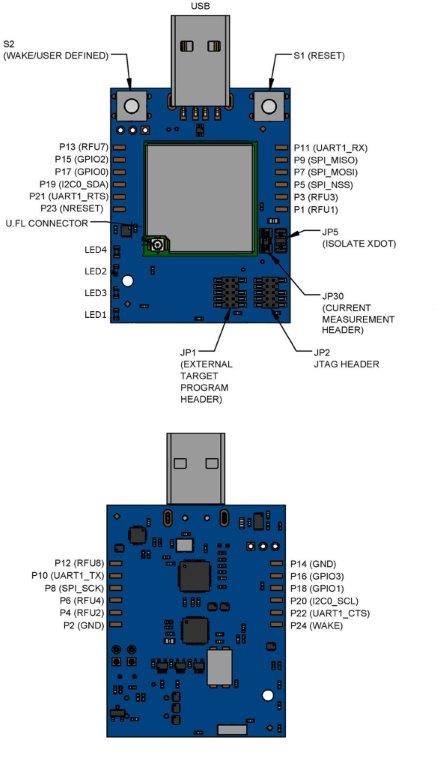 Dot Library versions 3.x.x require a channel plan to be injected into the stack. Available channel plans will be in the Dot Library repository in the plans folder.

Inject a channel plan into the stack

The xDot library is built against the mbed-os library (mbed 5) and is not compaible with the mbed/mbed-rtos (mbed 2). Compiling libxDot with mbed 2 will result in build failure.

This build of libxDot is stable, tested, and suitable for deployment scenarios. It is hosted on mbed and GitHub for convenience.

This build of libxDot contains bug fixes and new feature development which may not be complete. It is not guaranteed to be stable or well-tested and is not suitable for deployment scenarios. It is hosted on GitHub.

Due to limited system memory, stack sizes on the xDot are smaller than mbed defaults.

It is possible to allocate a custom stack and pass it to a thread when it is created. The code snippet below demonstrates how to do this.

Create a thread with a custom stack

If a stack overflows or the heap gets corrupted, mbed-os will detect this and report a runtime RTX error. This will cause the system to stop executing and a RTX error code will print out the debug port. If this occurs, stack sizes need to be adjusted or memory consumption needs to be reduced.

Dot Library versions 3.x.x require a channel plan to be injected into the stack. The Dot-Examples and Dot-AT-Firmware do this by defining a macro called "CHANNEL_PLAN" that controls the channel plan that will be used in the examples. Available channel plans will be in the Dot Library repository in the plans folder.

It is possible to compile for the xDot and debug them on the xDot using the Eclipse IDE. See our wiki page for more information.

1 answer
Firmware of XDOT is not working after compiling with mbed os compiler.

0 answers
xDot ADC problem when coming out of sleep mode

To compile a program for this board using Mbed CLI, use xdot_l151cc as the target name.